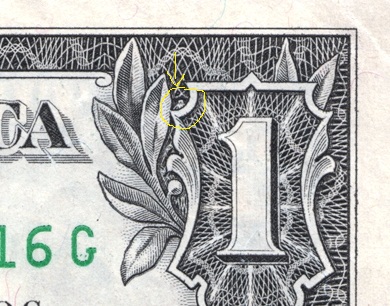 (3) Did you know there is a tiny owl hidden in the U.S. dollar bill?

(4) Did you know there is a hexagon — a 6-sided cloud pattern — in the north pole of the planet Saturn?

The sides of the Saturn’s hexagon are about 8,600 mi long, more than the 7,900-mi diameter of Earth. Saturn’s hexagon rotates with a period of 10h 39m 24s, the same period as the planet’s radio emissions from its interior. There is a vortex inside the hexagon.