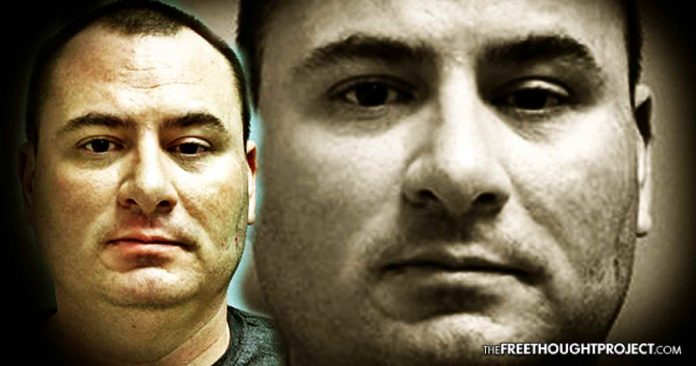 Leechburg, Pennsylvania – An undercover operation targeting pedophiles resulted in the arrest of a police chief after agents caught him soliciting sex from young girls online with the handle “KUTECOP4YOU.”

Mike Diebold, 40, has been a police officer for 21 years, and became chief of the Leechburg Police Department in 2007, according to a report from WPXI News. It is unclear how many minors he has solicited sex from, but court documents noted that he became the focus of an investigation in September 2017 when he posted an ad online soliciting sex.

Just two months after his wedding, Diebold posted an ad online that claimed he was a “Dominate (sic) male police officer seeks fun, discreet sub playmate” who is of “any age, race or status.” In addition to revealing that he was a police officer in search of a “playmate,” Diebold made it even more obvious by choosing the username “KUTECOP4YOU.”

The advertisement drew the attention of investigators and in a statement reported by the Tribune-Review, Attorney General Josh Shapiro revealed that an undercover agent began communicating with Diebold.

Despite posing as a 14-year-old girl who mentioned “on multiple occasions” that they were in the eighth grade, the undercover agent claimed that Diebold was undeterred, and he responded with “sexually explicit encouragement” and said multiple times, “we just need to meet.”

The Tribune-Review noted that the communication continued and on Dec. 29, Diebold’s account “included six photos that showed a man’s clothed, but highly suggestive, groin along with suggestive text” that said, “now it’s your turn.”

In addition to scheduling a meeting with KUTECOP4YOU in person, under the disguise of the young girl, the undercover agent obtained subpoenas for both Verizon Wireless and the website where the advertisement was placed. The sender’s information included ties to Diebold, one of his relatives and the Leechburg Police Department.

When officers arrived at the convenience store where the agent agreed to meet the suspect, they found that, sure enough, it was Police Chief Mike Diebold. He was interviewed, and the statement from Shapiro claimed that “Diebold admitted to being the individual who was communicating with the purported child during all the communications.”

“Diebold stated that he has been utilizing the internet to post ads in the personal sections for the last several years,” according to the statement, and he also acknowledged that “sexual contact with a 14 year (old) child was wrong and illegal and that his life was totally over.”

Diebold was arrested at the scene and later charged with unlawful contact with a minor and criminal attempt to commit involuntary deviate sexual intercourse.

“This case is particularly heinous because the perpetrator is a public official, sworn to serve and protect the community,” Shapiro said. “We have a zero-tolerance policy for the sexual abuse of children, and my office will prosecute any offender to the fullest extent of the law, no matter who they are.”

During his bond hearing, Diebold requested a recognizance bond and attempted to use the loss of his arm—which was blown off in June while he was lighting firework mortars—as an excuse for why he should not have to go to jail. “You may have noticed that I am disabled and, for my safety, I ask that I not go to the jail,” he said.

Diebold got married in July, and he revealed during the hearing that his family consists of an infant son and a 15-year-old stepdaughter—who is unnervingly close in age to the girl Diebold thought he was soliciting sex from.

“These are serious charges, and he is a public servant,” Special Agent Daniel Block argued, in response to Diebold’s alleged concerns about his safety.

District Judge Cheryl Peck Yakopec set bond at $500,000. When Diebold asked her to reconsider, she replied, “I am not sure if you are out of jail that the community would be safe. These are very serious charges.”