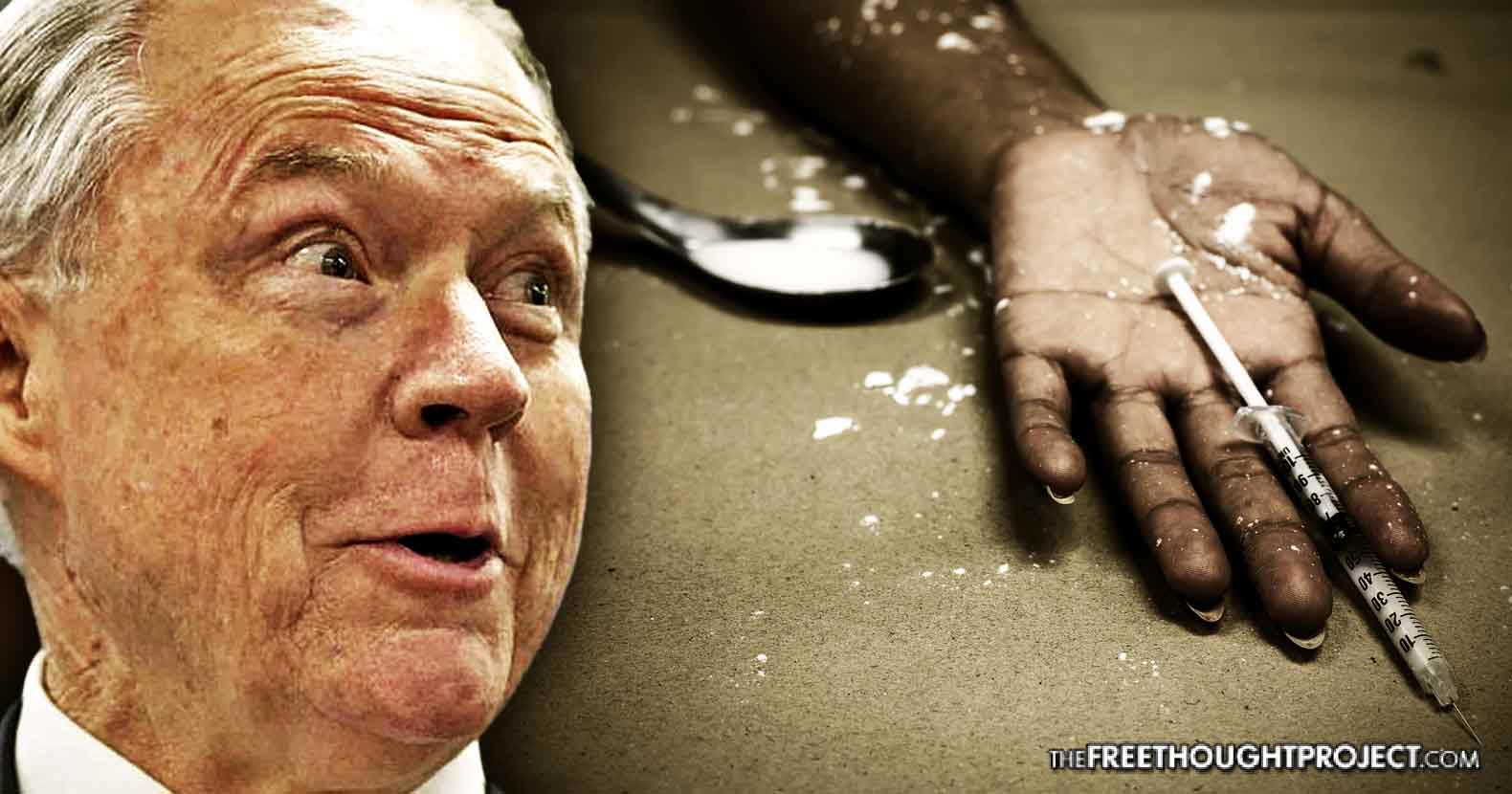 Instead of going after criminals in the government or making an attempt to thwart corruption, Attorney General Jeff Sessions made his mission clear this week—he intends to crucify those who dare to ingest a plant that makes them healthier and happier.

In a statement released by the justice department on Thursday, Jeff Sessions reversed the policy of allowing states to make their own decisions on legalizing cannabis and vowed to dedicate federal tax dollars and resources to enforcing this tyranny.

“It is the mission of the Department of Justice to enforce the laws of the United States, and the previous issuance of guidance undermines the rule of law and the ability of our local, state, tribal, and federal law enforcement partners to carry out this mission. Therefore, today’s memo on federal marijuana enforcement simply directs all U.S. Attorneys to use previously established prosecutorial principles that provide them all the necessary tools to disrupt criminal organizations, tackle the growing drug crisis, and thwart violent crime across our country.”

Revealing the sheer hypocrisy and criminality of Sessions’ move—which vowed to uphold the archaic and despotic Controlled Substances Act of 1970 that prohibits the cultivation, distribution, and possession of marijuana—Sessions’ DEA granted a company a monopoly on the sale of the synthetic form of the plant which contains the exact properties of cannabis.

The active ingredient in cannabis, THC, remains classified as a Schedule 1 drug—meaning the government claims it is dangerous, addictive, and has no medical value. Coincidentally, over the Thanksgiving holiday, the DoJ’s Drug Enforcement Administration granted Insys Therapeutics—a rogue pharmaceutical company rife with corruption—a Schedule II classification on their synthetic form of THC, Dronabinol.

Instead of allowing people to use a natural form of a plant that can cure them, Jeff Sessions will use taxpayer dollars to continue cannabis prohibition while his DEA grants a monopoly on the exact same substance—only synthetic—to Insys.

For those who don’t know, Insys has become notorious over the last two years after six former executives and managers were arrested on charges that they engaged in a nationwide scheme to bribe doctors to prescribe a drug containing the opioid fentanyl. Now this same group of dangerous drug peddlers is being given a partial national monopoly on the sale of legal THC, by the group who claims to protect Americans from drugs.

Along with the executives, Michael Baich, the former CEO, was also charged in an indictment filed in federal court. Even the company’s billionaire founder, John Kapoor was arrested in October for his role in the bribery scheme. He was freed on a $1 million bail after pleading not guilty.

The idea that the DEA would provide a company—who was caught bribing doctors to prescribe opioid drugs that have led to one of the largest addiction problems in the history of the world—with a pass to sell their synthetic version of a plant they continue to kidnap, cage, and kill people over, is infuriating, to say the least.

When asked about this overt conflict of interest and unscrupulous handout to Big Pharma, the DEA answered with a typical bureaucratic reply.

As VICE reported, the DEA noted in its announcement that it received public comments from people opposed to making synthetic THC products Schedule II while keeping marijuana Schedule I. The DEA also said: “two commenters expressed concern that pharmaceutical companies are making a profit from approved drugs containing marijuana constituents.”

There you have it. If you needed any more proof of the US government’s insane corruption you needn’t look any further than the DoJ’s relationship with Insys.

A company whose drug is responsible for tens of thousands of deaths a year, and who has a sinister history of bribing doctors to prescribe this drug, was given a monopoly on the sale of synthetic THC while the federal government promises to kidnap, cage, or kill anyone who tries to compete with them by selling the natural version. And people still have the audacity to call this place the land of the free.