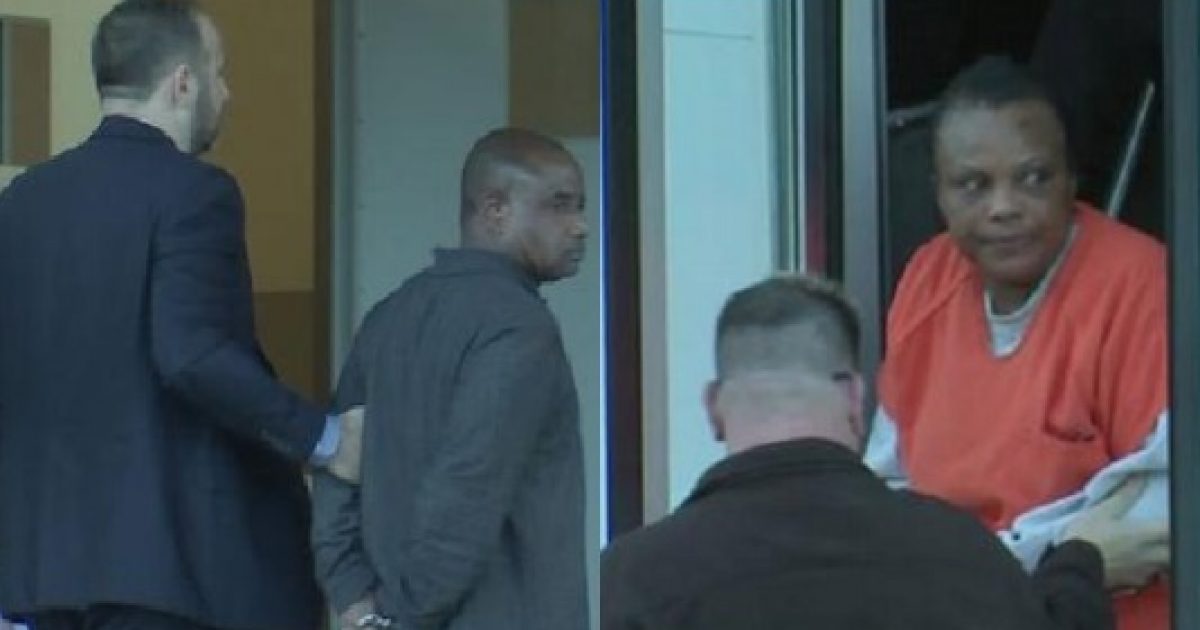 Nearly two years after their arrest and during the first month of the new year that President Donald Trump proclaimed “National Slavery and Human Trafficking Prevention Month,” Chudy and Sandra Nsobundu were ordered to pay more than $120,000 to a domestic “slave,” whom they held captive in their Katy, Texas home for more than two years.

Chudy and Sandra, 56 and 50, were arrested by federal authorities in February 2016 and charged with holding a Nigerian woman in slave-like conditions in their home for two years.

In addition to the restitution payment, the couple will also spend time in jail and under house arrest.

“U.S. District Judge Nancy Atlas ordered the couple to pay $121,035.04 in restitution to the domestic slavery victim,” reported Breitbart.  “The judge’s sentence also includes a sentence of 14 months in confinement. Seven months will be spent in a prison while the remaining months will be served in home confinement. The judge ordered the couple to pay a fine of $5,000 in accordance with the Justice for Victims of Trafficking Act of 2015. A three-year supervised release follows the completion of the couple’s confinement.”

Additionally, there was a visa fraud committed by the couple to bring the Nigerian woman into the US.

“The defendants knowingly caused a false visa application for the victim to be submitted to the Department of State with numerous pieces of false information, said a statement from federal prosecutors.

The phoney claims  included the woman’s incorrect date of birth identifying her as 20 years older than she was, a false statement that she was married when she was not, a false statement indicating the purpose of travel was to attend a niece’s graduation and a written letter falsely stating that Chudy Nsobundu was her brother.

“Sandra Nsobundu aided and abetted in the submission of the fraudulently filed visa application her husband had submitted,” said a statement from federal prosecutors.

In September 2013, Sandra Nsobundu took the woman to the U.S. Embassy in Lagos, Nigeria, to obtain her visa. Sandra Nsobundu gave her a letter to provide to the consular officials which indicated she did not speak English well and that she would be traveling to the U.S. for her niece’s graduation. Sandra Nsobundu gave the woman a picture of Chudy Nsobundu and the family and told her to tell the officials that he was her brother. The victim is not a relative of Chudy Nsobundu and is not married. The spouse listed on her visa application is the Nsobundus’ driver in Nigeria.

After obtaining the woman’s visa, the Nsobundus paid to transport the victim from Nigeria to the U.S. Once here, Sandra Nsobundu took the victim’s passport and copies of her bank statement. The defendants then concealed, removed and possessed the woman’s passport and visa with the intent to violate the forced labor statute. As part of the plea today, they intended to prevent and restrict, without lawful authority, the victim’s liberty and ability to move and travel in order to maintain her labor and services.

According to the criminal complaint, the woman was forced to work from 5:30am to well past midnight every day cleaning the house, making meals, and caring for five children in the home.

Breitbart reported on the arrest at the time and pointed out how the woman was treated by the couple.

She appears to have been forced to live in horrible conditions. According to the affidavit, she was not allowed to eat fresh food, but instead, she had to eat leftovers from previously prepared meals. If she wanted milk in her tea, she was forced to strain the milk from the cereal bowls of the children’s breakfast.

In one incident, she was allegedly punished for putting socks on the children that the parents did not approve of. She said she was struck across the face and dragged by the hair.

She was not allowed any communication with the outside world. She was mostly kept inside the home, but on occasions she was allowed to walk around the block with the children. She was also not allowed access to her passport and travel documents.

While this is a horrific thing and the punishment against this couple is not even close to justice, as the Bible would demand a death penalty, I have to point out a couple of things here.

First, the couple is black, and I’m just curious if anyone is going to refer to them as racist for enslaving another black woman.  Probably not.

Second, this does smell of Islam

Roughly 50% of Nigeria adheres to Islam.  The couple is from Nigeria.  We have reported time and again that Islam encourages enslavement, and that even the slavery in America began when black Muslims enslaved their fellow black Muslims and sold them to Europeans and Americans.  However, nothing in the news is reporting the religion of the couple.

While this is certainly a crime punishable by death, it would be interesting to learn the ideology of the Nsobundus, don’t you think?  Or would that just be “Islamophobic