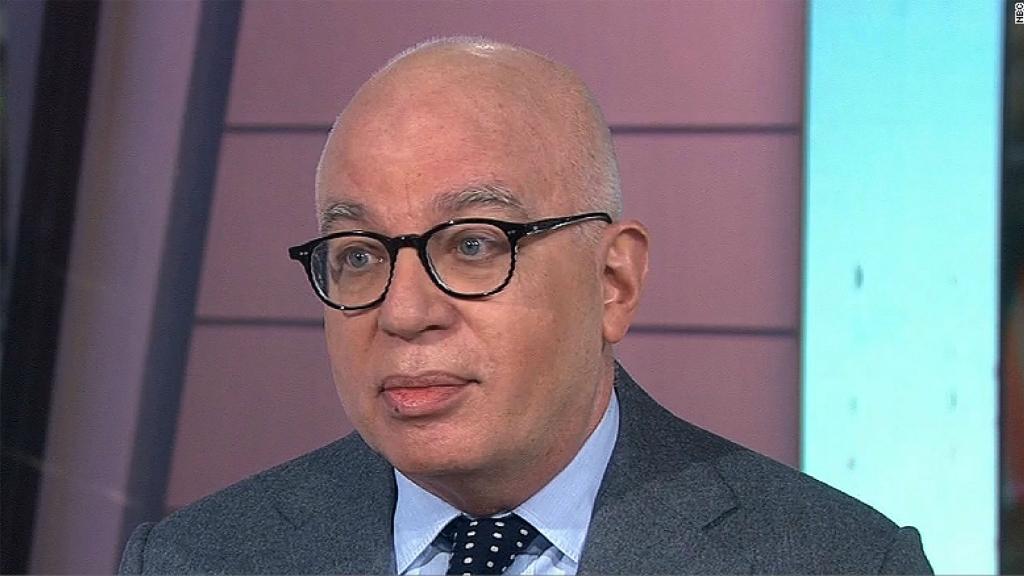 Michael Wolff is the author of the Trump-bashing book, Fire and Fury: Inside the Trump White House, which, though rushed to publication just three days ago because of a “cease and desist” order from Trump’s lawyers, is already a best-seller.

President Trump’s lawyers issued a “cease and desist” to Wolff and his publisher, Henry Holt and Company, after news broke that the book contains an account of what former White House chief strategist Steve Bannon allegedly told Wolff. Bannon calls President Trump’s oldest son, Donald Trump Jr., “treasonous” and “unpatriotic” for meeting with a group of Russians in the Trump Tower during last year’s presidential campaign, on the promise by a trusted intermediary that the Russians had documents that would “incriminate” rival Hillary Clinton. Since Bannon believes that Trump Jr. could not have taken the meeting without his father’s knowledge, that means Bannon is also calling President Trump “treasonous” and “unpatriotic”. (See “Steve Bannon turns against President Trump, calls him ‘treasonous’”)

Never mind the fact that:

Fire and Fury presents itself as a truthful account of the first nine months of Donald Trump’s presidency. Let’s face it: If the book is fiction, no one would pay any attention to it, nor would it become an instant best seller. Indeed, the description of the book on Amazon.com begins thus (the bold emphasis is Amazon‘s):

“With extraordinary access to the Trump White House, Michael Wolff tells the inside story of the most controversial presidency of our time.”

Wolff’s Fire and Fury contains other damaging and disparaging accounts about President Trump. The only problem is this:

Wolff’s book contains a disclaimer, in which he actually admits that many of the accounts in his book are NOT true!

This is what Wolff says in “Author’s Note” at the beginning of Fire and Fury:

“Many of the accounts of what has happened in the Trump White House are in conflict with one another; many, in Trumpian fashion, are baldly untrue. Those conflicts, and that looseness with the truth, if not with reality itself, are an elemental thread of the book. Sometimes I have let the players offer their versions, in turn allowing the reader to judge them. In other instances I have, through a consistency in accounts and through sources I have come to trust, settled on a version of events I believe to be true.”

Below is a screenshot I took of that passage from Amazon.com:

Here are the Oxford English Dictionary‘s definitions of the critical words in Wolff’s disclaimer:

And so, with the words defined, this is what Michael Wolff, author of Fire and Fury: Inside the Trump White House — a supposedly true and factual account of the first nine months of Donald Trump’s presidency — says about his book:

“A large number of the accounts of what has happened in the Trump White House . . . are plainly false and incorrect . . . . Those lies are a fundamental, essential and typical characteristic running throughout the book.”

In an August 2004 cover story for The New Republic, this is what Michelle Cottle wrote about Michael Wolff:

“Uninterested in the working press, Wolff’s special focus (fixation, even) has always been on the power players–the moguls…. With his wicked rants, Wolff swiftly emerged as the It Boy of New York media. His quick wit, dizzying writing style, and willingness to say absolutely anything about anybody made his column a must-read. Plus, he was writing (gossiping, really)…in a catty, caustic way that no one else dared…. [But] the scenes in his columns aren’t recreated so much as created—springing from Wolff’s imagination rather than from actual knowledge of events. Even Wolff acknowledges that conventional reporting isn’t his bag…. ‘His great gift is the appearance of intimate access,’ says an editor who has worked with Wolff. ‘He is adroit at making the reader think that he has spent hours and days with his subject, when in fact he may have spent no time at all.‘”

Those foolish enough to buy Fire and Fury should sue Wolff and publisher Henry Holt and Company for false advertising.