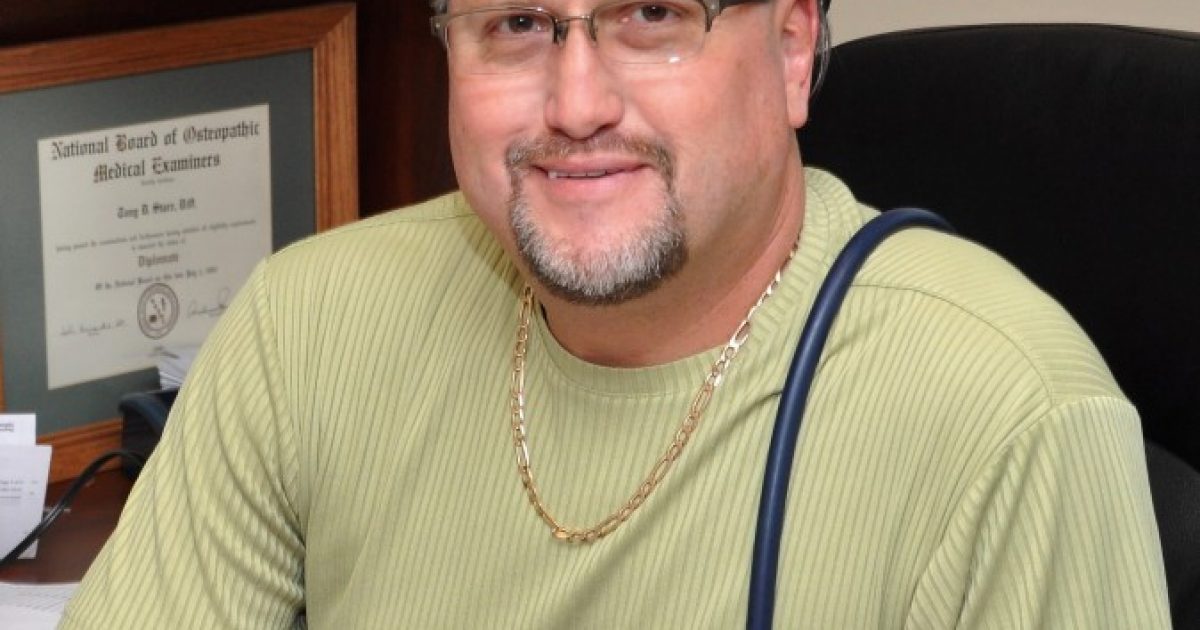 Dr. Tony Starr, an Osteopath doctor, is the latest to be listed in a long list of holistic doctors who have died mysteriously in the past couple of years.

Starr was found dead in his Caldwell, Ohio home on December 13, 2017 when he failed to respond to texts and phone calls.

Dr. Tony Starr was pronounced dead at the residence where he was found by friends after he failed to respond to text and telephone messages, according to Noble County Sheriff Robert Pickenpaugh.

The sheriff reported no foul play is suspected.

The autopsy was reportedly ordered to determine the cause of death for 52-year-old doctor.

According to Pickenpaugh, sheriff’s deputies were dispatched to the residence at approximately 2:16 p.m. Saturday after the discovery of Starr’s body. United Ambulance was also requested at the residence in the village.

Noble County Coroner Dr. Alan Spencer ordered the autopsy, according to Pickenpaugh. The final results could take six to eight weeks to receive.

In reporting on his death, Health Nut News journalist Erin Elizabeth recounted that he is the 83rd doctor in the past couple of years to have mysteriously died.

“It is with a heavy heart that I announce the death of the 83rd doctor in my unintended holistic doctor death series,” she wrote.  “Dr. Tony Starr, an Osteopath, aged 52, was pronounced dead at the residence where he was found by friends after he failed to respond to text and telephone messages. He leaves behind his wife and children.”

She also referenced the autopsy and thought the sheriff doesn’t suspect foul play, Elizabeth commented, “we’ve seen this before and know that often times the authorities and families of the deceased change their minds.”

Indeed, we have.  Hopefully, this is not foul play, though for Starr to die at 52 is still a tragedy.

According to his obituary:

Tony started his educational journey at the Buckeye Trail High School where he was a 1983 graduate. While attending there, he was a standout basketball player for all 4 years contributing to the team that participated in the state tournament. Additionally, he holds the school record for All Time Assists in basketball. He went on to finish his Undergraduate Degree at Marietta College in 1987, where he also played and started as a freshman. He earned his Doctorate of Osteopathic Medicine from the Ohio University Medical School.

He served his internship and externship at the Doctors Hospital in Massillon, OH, as well as his residency. He went on to join the Portage Family Practice in North Canton, where he worked for 17 years. He was one of the first physicians in Ohio to be certified in Geriatrics. He eventually moved back towards his home in August of 2007 opening his own family practice in Caldwell, where he was associated with Superior Med Inc. in Cambridge. He also served as medical director for Cambridge Health & Rehab and Greystone Health & Rehab Center both in Cambridge.

He was a member of the Fraternal Order of Eagles Caldwell #2952, enjoyed golfing, and all types of sports. He will also be remembered as a die-hard Pittsburgh & Indiana Hoosiers Fan. Tony cared greatly for his own family, he also cared for so many of his friends and neighbors as a local physician and friend.