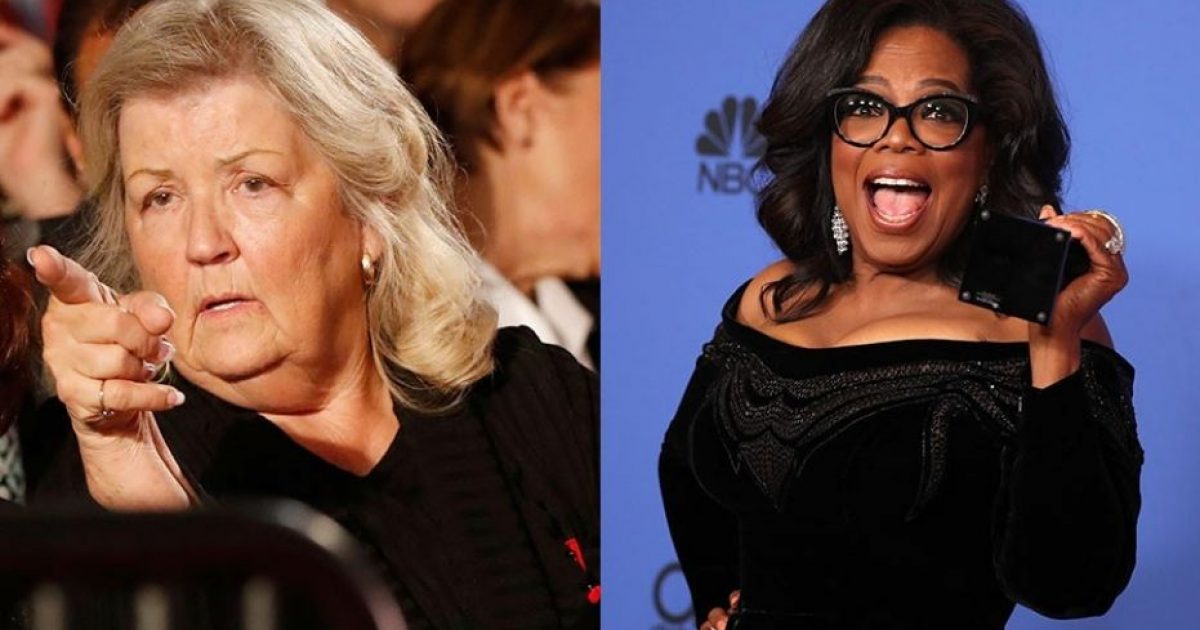 While the push seems clear that Oprah Winfrey is eyeing a spot in the 2020 presidential elections, she is being called out as one that is good friends with accused rapists, and we know she loves and adores race baiters as well.

The former issue of her friendship with former President and adulterer Bill Clinton is now front and center as Juanita Broaddrick, who accused Clinton of raping her years ago, decided to put Oprah’s Golden Globe speech right back in her hypocritical face.

She then went on to tweet, “Hey @Oprah … Funny I’ve never heard you mention my name. CAN YOU HEAR ME NOW? Guess not. My rapist was/is your friend, Bill Clinton”

Hey @Oprah #Goldenglobes. Funny I've never heard you mention my name. CAN YOU HEAR ME NOW?Guess not. My rapist was/is your friend, Bill Clinton https://t.co/zBSPnrqRzk

Over the years, Clinton was accused over and over again by a myriad of women, including Paula Jones, Jennifer Flowers, Kathleen Willey and many more of anything from sexual assault to sexual misconduct, and all of it is termed under the definition of adultery since Clinton was married to Hillary at the time.

Oprah has had years to confront her good friend Bill over the many serious accusations against him, including the charge of rape by Broaddrick, but she failed to do so.

In fact, The Daily Wire reports, “Oprah was quite willing to shill for Bill Clinton; she gave him time on her show to brag how he and Hillary saw a the [sic] rapist to work out their marital difficulties and also interviewed him for Oprah Magazine in 2004, asking him about how the Monica Lewinsky affair affected him but never asking about the rampant harassment and abuse, not to mention alleged rape, of which he had been accused.”

That’s telling, isn’t it from someone seeking the highest office in the land.

It was a good thing Lewinsky kept the DNA-stained dress to prove she was telling the truth.  It also exposed Bill and Hillary as known liars to the entire world.

Broaddrick then went on to tweet out a picture of Oprah and Bill smiling and close together adding, “Remember this @Oprah You’ve had so many opportunities to bring up my allegations, which have never been discredited. Why??”

Remember this @Oprah You've had so many opportunities to bring up my allegations, which have never been discredited. Why?? https://t.co/C7Iaqn0kOp

Clearly, it’s because Oprah is not interested in the truth.  She’s interested in “feelings” and money and power, sort of like “Slick Willy” and his wife.

Oprah could do some good and maybe redeem herself a bit here.

Ms. Broaddrick just released a memoir titled You Better Put Some Ice on That – How I Survived Being Raped by Bill Clinton

.  Perhaps if Oprah is as concerned about the truth and actually using her voice for good, she would invite Braoddrick on her program and let her tell her story to a new generation.  Better yet, she could invite Bill and Hillary on to face Bill’s accuser together.  I’m sure that would make for great ratings and set a new bar in television.  It ain’t gonna happen though.