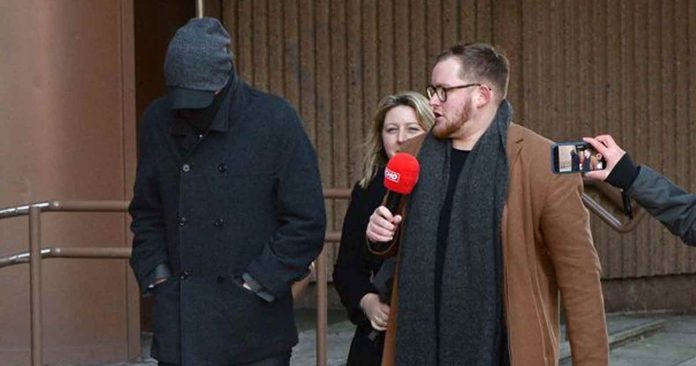 (RT) — A former cop who was caught with 1,500 indecent images of children including pictures of rape, has been given a suspended sentence. Darren Wright, 38, blamed his two bouts of cancer as the reason for his crime.

Wright’s home in Southport, where he lives with his parents, was raided on June 9. Legal representatives of the former officer told the Liverpool Crown Court that he had suffered with mental health issues after twice battling leukemia.

Prosecutor Robert Jones told the court the accused had asked for his phone back from police ostensibly in order to retain the details of medical appointments, though Jones questioned Wright’s motives.

“The defendant said he was anxious to retain some medical appointments from his mobile phone,” Jones said. “Police said there was no difficulty in him doing that, provided it was under supervision.

Police seized Wright’s phone, his laptop hard drive, and a USB stick. They found 23 Category A images – the most serious category, which involved images of child rape. There were a further 26 Category B photos and another 1,368 Category C indecent images.

As a result, he was fired by Merseyside Police’s professional standards department after a formal misconduct hearing. Wright did not attend the hearing.

“We simply cannot afford to have police officers and support staff working for us who do not strive to uphold the highest levels of professionalism and integrity at all times,” said Detective Chief Superintendent Karen Cummings.

Defense lawyer James Hamilton told the court that Wright’s double cancer diagnosis had “a significant impact upon the reason why he offended.”

“He is a man who has suffered two bouts of serious ill health, the consequences of which will live with him for the rest of his life,” Hamilton said.

“He has also suffered the loss of the career that he loved deeply. That was something that was taken from him in many ways by his ill health. He has already, in my respectful submission, suffered significant punishment,” he added.

Wright was also told to sign the Sex Offenders Register and to adhere to a Sexual Harm Prevention Order for seven years.

An FOI request has revealed that nearly half of sexual predators who were found guilty of grooming a child online prior trying to meet them for sex are let off jail by “lenient” judges.

Over the last three years, 88 pedophiles – or 49 percent of them – were spared an immediate jail term. According to MailOnline, 91 went straight behind bars.

“These lenient sentences are simply not a deterrent – when paedophiles see that there is just a 50-50 chance of going to prison after being caught they think it is worth taking the risk,”’ they told MailOnline.

“These sick people found guilty of grooming intended to rape their child victim, and were more than happy to destroy their lives. They need to be rehabilitated, and the best place to do that is behind bars.

“People who commit benefit fraud or deal cannabis get years in prison but if someone wants to rape a child they tell the judge they’re a good guy and have had a hard life so get let off.”