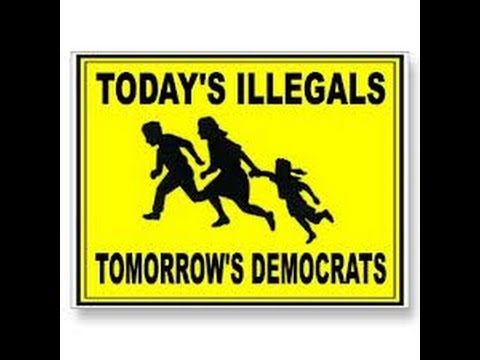 In a shocking admission of a fact that many on the right have openly worried about for years, the liberal Center For American Progress Action Fund had admitted that illegal immigrants brought here at a young age are a “critical component” for future Democratic Party electoral success.

You read that right. The Democratic Party is now admitting that their support for so-called Dreamers is in large part because of their belief that the vast majority would vote almost exclusively liberal.

Interestingly, the memo was actually co-authored by former Clinton communications director Jennifer Palmieri, who herself has claimed on numerous occasions that illegal immigrants never vote and that the DNC’s support for them has nothing to do with elections.

The memo was written in response to what The Daily Caller noted as “President Donald Trump’s administration moves to end the Deferred Action for Childhood Arrivals (DACA) policy in September, which former President Barack Obama instituted through executive order to keep immigrants who came here as children from being deported.”

“Trump called on Congress to find a legislative fix for young immigrants, or “Dreamers,” facing deportation. House lawmakers recently put forward a bipartisan DACA compromise bill that also claims to address worries over chain migration. However, it’s unclear if the bill will pass.”

The memo notes that protecting DACA is not simply a moral imperative but is also the key to getting votes, or in other words, the key to using former illegals to influence American elections despite what actual citizens may or may not want.

“The fight to protect Dreamers is not only a moral imperative, it is also a critical component of the Democratic Party’s future electoral success,” Palmieri wrote in the memo which was originally obtained by The Daily Caller News Foundation.

“If Democrats don’t try to do everything in their power to defend Dreamers, that will jeopardize Democrats’ electoral chances in 2018 and beyond,” the memo continued. “In short, the next few weeks will tell us a lot about the Democratic Party and its long-term electoral prospects.”

While some in the mainstream media are likely to claim that the CAP memo simply meant that if Democrats don’t defend Dreamers then their own American supporters will not support them in upcoming elections, this defense is utterly laughable and clearly not what the memo actually meant.

What we have here is the Democratic Party FINALLY admitting that they plan to use Dreamers, if they are given amnesty and citizenship, to change the course of the country forever.

How is this not considered collusion with foreigners to hurt American democracy?!