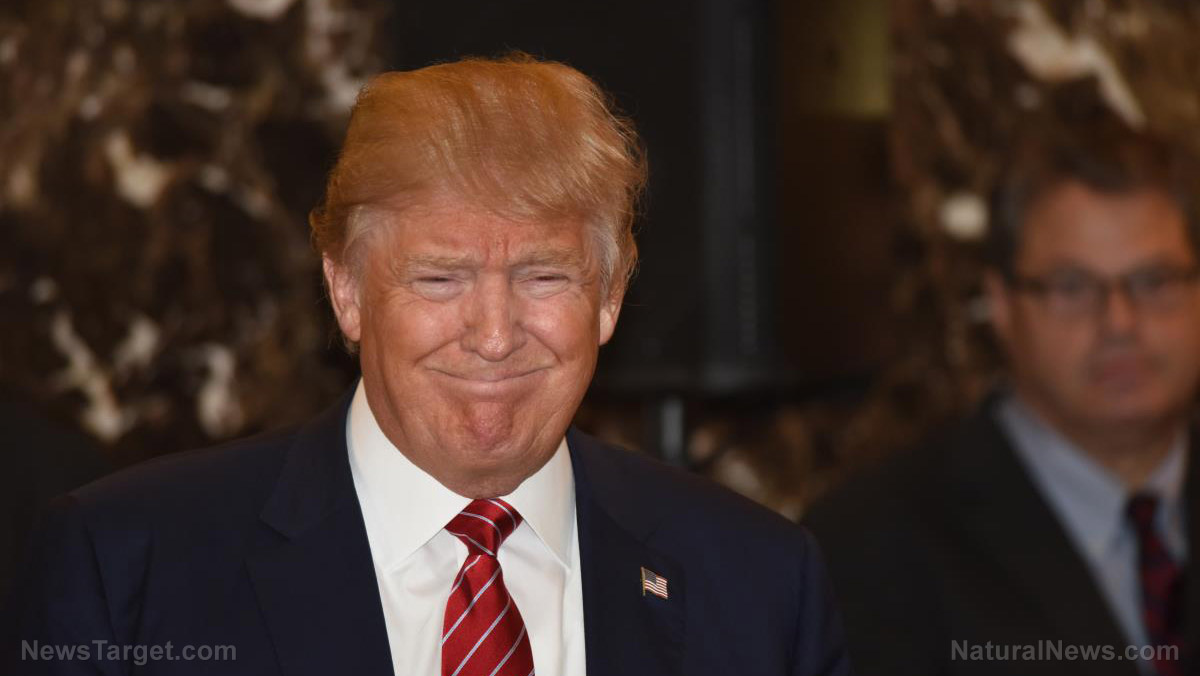 (Natural News) Someone needs to teach the liberal Democrats that just because they disagree with someone politically (such as President Trump) doesn’t mean that there is something wrong with that person’s mental health.

As reported by The Gateway Pundit, an anti-Trump professor at Yale University by the name of Dr. Brandy X. Lee says that she wants to “physically constrain” President Trump, evaluate his psychological health, and then forcefully remove him from office. The only thing she is worried about is the possibility that such a move would end up looking like a coup. (Related: There is an attempted coup now taking place in Washington DC in an effort to impeach President Trump.)

Last April, during an open town hall meeting at Yale Medical School, Dr. Lee said: “The Goldwater rule is not absolute. We have a ‘Duty to Warn,’ about a leader who is dangerous to the health and security of our patients.” Dr. Lee has even formed a coalition of nearly 800 mental health professionals who are “sufficiently alarmed that they feel the need to speak up about the mental health status of the president.”

It’s hard to believe that these “mental health professionals” are anything but political ideologues looking for a quick and easy way to impeach President Trump. They are attempting to take advantage of the 25th Amendment, which essentially states that a President can be removed from office if he is “unable to discharge the powers and duties of his office.” This is exactly why you are starting to see Democrats talk less and less about the so-called Russia collusion scandal, and more and more about whether or not Trump has the mental capacity to serve as President of the United States. They are setting the stage for impeachment.

In order to advance the narrative that President Trump is not mentally stable, the liberals point to a number of different things, most recently a tweet that Trump published regarding the size of his nuclear button. “North Korean Leader Kim Jong Un just stated that the ‘Nuclear Button is on his desk at all times,’” Trump tweeted earlier this month. “Will someone from his depleted and food starved regime please inform him that I too have a Nuclear Button, but it is much bigger & more powerful one than his, and my Button works!”

Immediately after that tweet was published, the liberals within Washington D.C. and the mainstream media were quick to use it to their advantage, claiming that it was a clear sign that the commander-in-chief is mentally unfit to serve in the Oval Office. Now, however, North Korea is urging peace talks, probably because they don’t want to get blown to kingdom come. Trump’s tough-talking language appears to be working – so how exactly does that make him “mentally unfit?” If anything, that makes him a wise and strategic leader that knows what he’s doing.

Yet even still, the liberals continue with their “Trump is mentally unfit to be president” narrative. Recently, Natural News founder Mike Adams has warned that this attempt to unseat President Trump on the grounds that he is in poor mental health may push American towards a violent civil war. “Image the chaos in the streets if the Left succeeds in their demented political coup in Washington,” Adams writes, arguing that the millions of Second Amendment advocates in this country would realize that there is ultimately “no option remaining other than to fight to defend America.”

They may not even realize it, but the liberals are showing the entire country that they are incapable of accepting any type of leadership that does not align with the progressive agenda. They are the ones who believe in a one-party rule, and if they are not careful, then they are going to divide this country beyond repair.