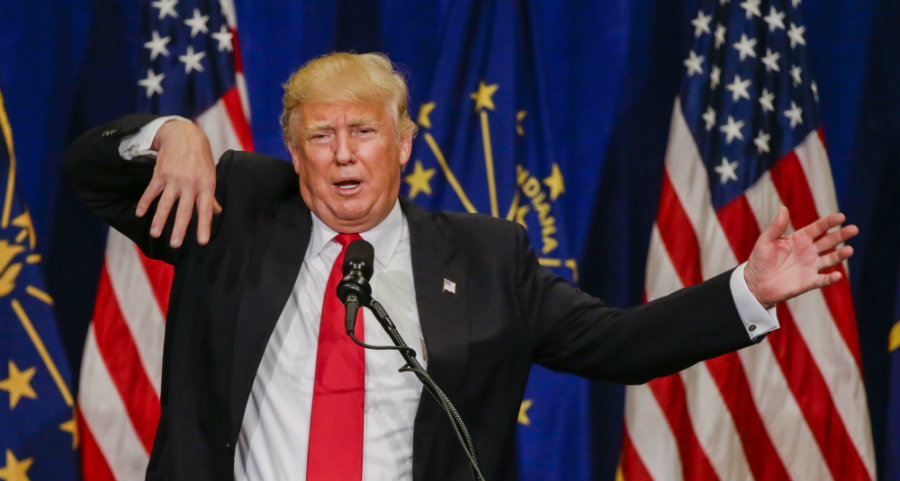 —After investigating psychiatry for two decades, I’m confident that, if we could go back and rewrite history, deleting all psychiatrists on the planet, so they’d never exist—deleting their diagnoses and their drugs—this would have resulted in a massive upsurge in mental health, moving forward—

The Daily Mail: “A group of leading psychiatrists told a conference that Donald Trump has clear hallmarks of mental illness that compromise his role as president. Twenty-five researchers made a drastic break away from ethical standards by meeting at Yale University on Thursday to discuss evidence questioning the commander-in-chief’s mental health.”

Psychiatrist Allen Frances, who has played a central role in defining mental disorders, disagrees. He wrote in the NY Times: “Most amateur diagnosticians have mislabeled [Mr. Trump as having] narcissistic personality disorder. He may be a world-class narcissist, but this doesn’t make him mentally ill.”

Dr. Frances makes an interesting point. He distinguishes between behavior and earning a badge for having a particular mental disorder.

For example, a person can be sad, but that alone doesn’t make him a candidate for the label, “clinical depression.” A person can take aggressive actions against authority, but that doesn’t necessarily mean he is suffering from Oppositional Defiance Disorder.

Consider the accusation that Trump has Narcissistic Personality Disorder (NPD). What does that mean? What is the official definition of NPD? Here is an excerpt from the Diagnostic and Statistical Manual of Mental Disorders (DSM), the official bible of the American Psychiatric Association. Go ahead, plow through it, it’ll only take a minute:

“The definition of NPD states that it comprises of a persistent manner of grandiosity, a continuous desire for admiration, along with a lack of empathy. It starts by early adulthood and occurs in a range of situations, as signified by the existence of any 5 of the next 9 standards (American Psychiatric Association, 2013):

• A grandiose logic of self-importance
• A fixation with fantasies of infinite success, control, brilliance, beauty, or idyllic love
• A credence that he or she is extraordinary and exceptional and can only be understood by, or should connect with, other extraordinary or important people or institutions
• A desire for unwarranted admiration
• A sense of entitlement
• Interpersonally oppressive behavior
• No form of empathy
• Resentment of others or a conviction that others are resentful of him or her
• A display of egotistical and conceited behaviors or attitudes”

“…No actual physical characteristics are seen with NPD, but patients may have concurrent substance abuse, which may be seen in the clinical examination.”

Got it? Now, think about this: NOWHERE IN THE DEFINITION IS THERE ANY DEFINING DIAGNOSTIC TEST.

What you’ve just read is a collection of behaviors. This collection was assembled by a committee of psychiatrists, who decided that, taken together, they added up to a mental disorder.

There is no defining diagnostic test for NPD.

We’re talking about psychiatrists sitting in a room and arbitrarily deciding that a cluster of behaviors adds up to an official mental disorder.

Underneath this story about Trump and the shrinks, there is a far more important truth. Psychiatrists are world-class purveyors of fake news. They always have been. Because you see…

None of the roughly 300 officially certified and labeled mental disorders has a defining diagnostic test. None.

If you have the tenacity, read through the whole psychiatric DSM bible and you will see for yourself.

Or read this brief exchange. In a PBS Frontline episode, “Does ADHD Exist?” Dr. Russell Barkley, an eminent professor of psychiatry and neurology at the University of Massachusetts Medical Center, spelled out the fraud clearly.

BARKLEY: That’s tremendously naïve, and it shows a great deal of illiteracy about science and about the mental health professions. A disorder doesn’t have to have a blood test to be valid. If that were the case, all mental disorders would be invalid…There is no lab test for any mental disorder right now in our science. That doesn’t make them invalid.

Oh, indeed, that does make them invalid. Utterly and completely. All 300 mental disorders. Because there are no defining tests of any kind to back up the diagnosis.

Psychiatrists can sway and tap dance all they like and they won’t escape the noose around their necks. We are looking at a science that isn’t a science.

Imagine this. You walk into a doctor’s office, you talk with him for a few minutes, and then he says: “You have cancer. You need to start chemo at once.”

After you recover, you say, “You didn’t give me a test.”

And he says, “Well, we don’t need a test. We know what the symptoms are because we convened a high-level meeting of oncologists last year, and we listed the answers to the questions I just asked you. You gave those telltale answers. So we start chemo tomorrow. We may also need to surgically remove an organ or two before we’re done.”

Those boys have quite a con going. And now, from a few hundred miles away, they’ve diagnosed a sitting president.

Well, why wouldn’t they? They’ve been shucking and jiving all the way to the bank for the entirety of their professional lives.

Do you like Trump? Do you hate him? Do you think he’s nuts? Sane? Whatever you believe, it has nothing to do with the official pronouncements of psychiatry.

Psychiatry has become an arm of technocracy—an attempt to organize society according to a list of so-called mental disorders parading as science.

Psychiatry is fake science that can be used to discredit, minimize, accuse, deride, treat (with alarmingly toxic drugs), and eliminate any individual for any reason.

Now that is a good example of insanity. Of the criminal variety.

(New piece up at my other blog OUTSIDE THE REALITY MACHINE
entitled “The psychiatrist and the universe of ice cream”. Click here.)