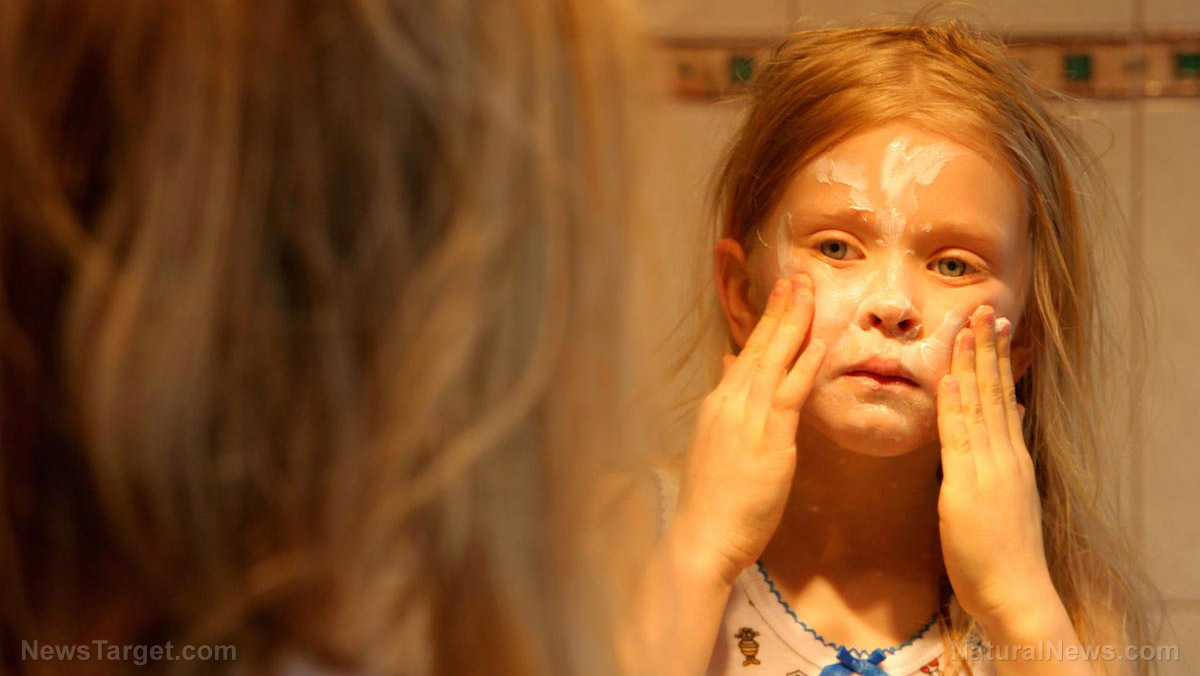 (Natural News) Parents have a seemingly never-ending list of things to worry about, particularly when it comes to their children’s health. Even if you’ve done your best to ensure your kids eat healthy foods and you go out of your way to avoid toxic vaccines and medications, there are still ways that your children could inadvertently be exposed to toxins. One mother’s concerns recently helped to expose yet another potential source of danger for children: Makeup.

Kristi Warner works at a law firm that focuses on mass tort asbestos litigation, which means she is all too familiar with asbestos exposure and the damage it can cause. After purchasing a glittery makeup kit for her six-year-old daughter from popular accessories retailer Claire’s, she began to have some doubts about it. She sent the makeup to an independent lab for peace of mind, and their finding shocked her: It contained the cancer-causing tremolite asbestos. The National Cancer Institute says that this substance can cause malignant mesothelioma.

Warner said the findings prompted her to test other makeup sold at Claire’s. All of the 17 makeup products she sent to the Scientific Analytical Institute from nine different states tested positive for asbestos. Affected items include a bedazzled rainbow heart makeup kit and metallic hot pink makeup with glitter.

Claire’s pulled the toxic items off its shelves and carried out its own testing. The retailer says that initial results from its own tests found the cosmetics to be free of asbestos but that further tests would be conducted. In addition, they said the talc in the product comes from a European vendor that has been certified asbestos-free. In the meantime, they are offering returns for those who feel uncomfortable.

The lab that found the asbestos in the Claire’s products, Scientific Analytical Institute, also found asbestos in products such as blush sold by the teen retailer Justice this year. Justice’s own tests did not find asbestos.

However, Scientific Analytical Institute’s Director of Research and Legal Services, Sean Fitzgerald, says that his lab stands behind the results of all of these tests and pointed out that different labs have microscopes of different strengths. Lower-powered equipment may not detect the chemicals that better machines can.

When discussing the asbestos found in the Justice blush earlier this year, Fitzgerald said that the exposure could cause children to “die an untimely death in their 30s or 40s” and pointed out that the fiber breathed in by a 10-year-old would still be present in their body at age 50. The Justice blush product also tested positive for four heavy metals.

The law firm that Warner works for has said that it will not take legal action against Claire’s if they do “the right thing” by admitting the contamination, recalling the products, and cutting ties with the vendors at fault.

These findings are very unsettling to those of us who like to think that the products sold in our stores, especially those geared toward children, have passed rigorous tests and are safe for use. It’s extremely frightening to think that little girls who are just having some fun and playing with makeup could be setting themselves up for an early death.

It might be upsetting to learn just how toxic many of the products we come into contact with on a regular basis truly are, but it’s also information that could save your life.