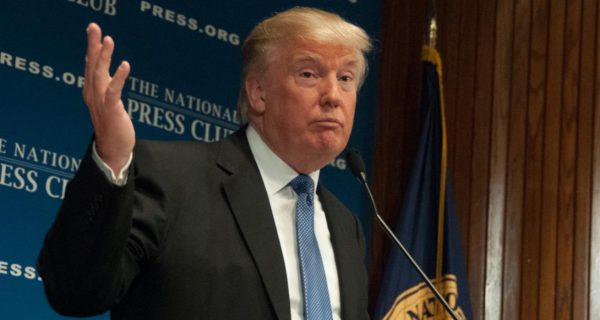 (Natural News) In the wake of the mainstream media’s glorious failure to conjure up enough fake news about President Trump’s alleged ties to Russia to get him impeached, the official narrative has now shifted to claiming that the billionaire businessman is mentally ill, and thus unfit for office. But the American Psychiatric Association (APA) has issued a formal noticewarning that “armchair” psychiatrists who comment publicly about the president’s cognitive status without having conducted an official medical examination are in blatant violation of the medical ethics provisions that they pledged to uphold when first getting licensed.

The APA’s announcement points to the ethical principle known as “The Goldwater Rule” in condemning those psychiatrists who have taken it upon themselves to issue fake diagnoses about the president on cable news appearances, in books, and on social media. The APA says that using psychiatry as a “political tool” in this way represents a gross “misuse of psychiatry and is unacceptable and unethical.”

“The ethical principle, in place since 1973, guides physician members of the APA to refrain from publicly issuing professional medical opinions about individuals that they have not personally evaluated in a professional setting or context,” the announcement explains.

“Doing otherwise undermines the credibility and integrity of the profession and the physician-patient relationship. Although APA’s ethical guidelines can only be enforced against APA members, we urge all psychiatrists, regardless of membership, to abide by this guidance in respect of our patients and our profession.”

Should Trump-hating doctors who issue fake diagnoses about the president lose their medical licenses?

The announcement was prompted in part by private meetings that reportedly took placebetween Bandy Lee, an Ivy League psychiatrist from the Yale School of Medicine, and various members of Congress. Since at least December, Lee has been whispering in the ears of our nation’s representatives her opinions on the president’s mental status, which even the left-leaning The Atlantic admitted is more “the stuff of crazed conspiracy theories” than what one would expect so-called “professionals” to be doing in actual reality.

But it’s President Trump we’re talking about here, which means what would have formerly been considered off the rails is now everyday life for the masses of triggered liberals who simply can’t accept that he’s their president – which include what in a past era would have been considered “medical professionals.” But there’s nothing professional about how many of these licensed doctors are engaging in the public debate, hence why the APA has issued a stern rebuttal against this growing wave of highly unprofessional temper tantrum-throwing.

“A proper psychiatric evaluation requires more than a review of television appearances, tweets, and public comments,” the APA further explains, adding that the president will soon be receiving his annual physical examination in which proper standards will be followed in accurately assessing his physical and mental state.

“Psychiatrists are medical doctors; evaluating mental illness is no less thorough than diagnosing diabetes or heart disease. The standards in our profession require review of medical and psychiatric history and records and a complete examination of mental status. Often collateral information from family members or individuals who know the person well is included, with permission from the patient.”

Just in case this latest fake narrative about the president’s alleged mental illness fails just like the Russian “election meddling” propaganda did, there’s always “Trump is a racist” to fall back on. The fake news media outlet The Washington Post has already begun spreading unfounded rumors that President Trump recently made unsavory and vulgar comments about Haiti and Africa, which the president has since denied saying.