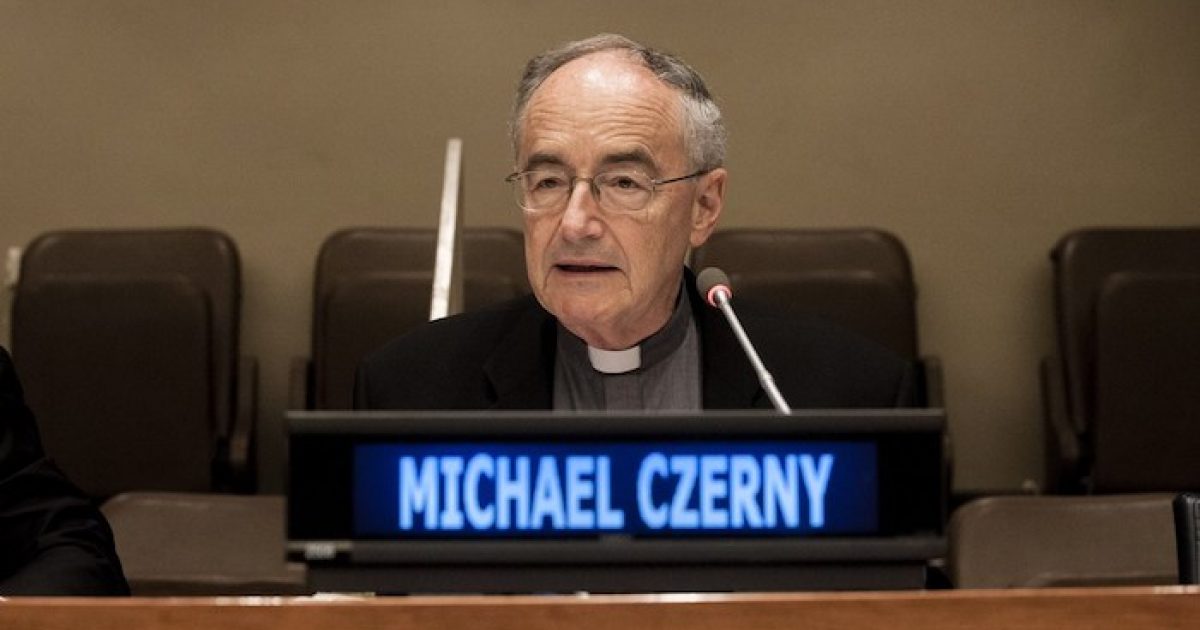 The Catholic Church, which makes millions of dollars annually on refugee resettlement, is now saying that those who oppose the Muslim migrant influx are morally deficient.

If you don’t want your land invaded by tens or hundreds of thousands of people with vastly different values, which they consider superior to yours, you are simply not a good Christian.

Yet there is real cause for concern. Are Catholics to turn a blind eye to the fact that all of the jihadis who murdered 130 people in Paris in November 2015 had just entered Europe as refugees?

Is it racism and xenophobia to recall that in February 2015, the Islamic State boasted it would soon flood Europe with as many as 500,000 refugees?

Or that the Lebanese Education Minister said in September 2015 that there were 20,000 jihadis among the refugees in camps in his country?

Meanwhile, 80% of migrants who have come to Europe claiming to be fleeing the war in Syria aren’t really from Syria at all.

So why are they claiming to be Syrian and streaming into Europe, and now the U.S. as well?

An Islamic State operative gave the answer when he boasted in September 2015, shortly after the migrant influx began, that among the flood of refugees, 4,000 Islamic State jihadis had already entered Europe.

He explained their purpose: “It’s our dream that there should be a caliphate not only in Syria but in all the world, and we will have it soon, inshallah.”

These Muslims were going to Europe in the service of that caliphate: “They are going like refugees,” he said, but they were going with the plan of sowing blood and mayhem on European streets.

As he told this to journalists, he smiled and said, “Just wait.”

A Vatican official has come out swinging in defense of Pope Francis’ insistence on the topic of immigration, accusing the Pope’s critics of being “obsessed” with national security and border control.

Asked in an interview with Italian media whether the Pope isn’t “obsessed” with the immigration question, Jesuit Father Michael Czerny, undersecretary for the Vatican’s office of Migrants and Refugees, responded that it isn’t Pope Francis who is obsessive, but rather his critics.

Many would say that the modern “obsession with borders and national security to the detriment of the rights and dignity of refugees and refugees” is excessive, the priest declared. And for many others, “the media predilection for sensational stories that feed xenophobia and isolationism is also excessive,” he added.

For many people, “the way in which politicians create or exaggerate a sense of crisis to obtain short-term advantages is decidedly excessive,” he said.

Anybody who thinks the Pope’s focus on migrants is obsessive “should give the current situation a thoughtful look,” Father Czerny said. If anything is excessive, “it is the slowness with which the ‘developed’ world responds to such obvious and pressing needs,” many would say.

Citing the Secretary General of the United Nations, António Guterres, the priest said that “the rise of nationalism and xenophobia must be counted among the new dangers for global peace and stability.”

“Far from criticizing the Pope’s attention,” he said, “many good people—and I think they are the overwhelming majority—are indeed deeply grateful for his moral guidance and good example.”

“And I agree with him when he says: ‘Those who fuel fear towards migrants, perhaps for political ends, instead of building peace, sow violence, racial discrimination and xenophobia,’” he said.

The official added that true leaders “show that the common good can and must be pursued and that there is no ‘common good’ based on fear, defense and marginalization.”

The Vatican office for Migrants and Refugees working for “the expansion of safe, legal channels for all migrants through the granting of humanitarian visas” as well as promoting “programs of community sponsorship” for migrants and refugees.

Last fall, the Vatican announced the roll-out of a two-year campaign called “Share the Journey” aimed at provoking a “shift in thinking” on immigration.

The campaign is being spearheaded by the global Catholic charities network Caritas Internationalis, and was launched as a response to Pope Francis’ frequent summons for a “culture of encounter.”

Our world “faces not a migration crisis, but a crisis of global solidarity,” Caritas says on its website. “Be part of a worldwide campaign to reach out to migrants, change perceptions, open hearts and minds, and strengthen the bonds that unite us all.”….