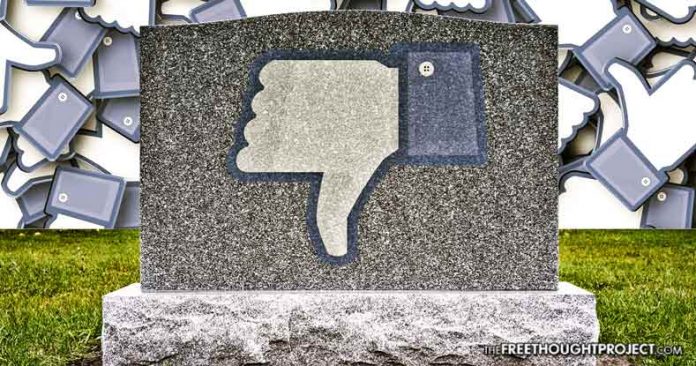 Last week, Facebook announced that they will be keeping all their users in happy little bubbles that won’t show them anything controversial, thus ensuring an entire social media platform devoted to pictures of what people are eating for dinner. Illustrating just how unwelcome this change was, after Facebook announced it’s changing the algorithm to focus on friends and family while excluding news and information, the company saw a near-instant drop of 4.4 percent—costing Mark Zuckerberg nearly $3.3 billion.

In a Facebook post last Thursday night, Zuckerberg said that public content from brands had inundated news feeds, overtaking posts from personal connections. By the end of Friday, Facebook shares were trading at $179.37, down more than 4.4 percent from Thursday’s price of $187.77, according to a report in Newsweek.

“Video and other public content have exploded on Facebook in the past couple of years,” wrote Zuckerberg in his post. “Since there’s more public content than posts from your friends and family, the balance of what’s in News Feed has shifted away from the most important thing Facebook can do—help us connect with each other.”

“As we roll this out, you’ll see less public content like posts from businesses, brands, and media. And the public content you see more will be held to the same standard—it should encourage meaningful interactions between people.”

In a nutshell, this new move by Facebook places each user in their own bubble where they are assured to never receive anything that challenges their worldview as a means to keep them happy.

While this move may seem like a good idea to those who are easily triggered by information that may help them understand the world in a better light, it will inevitably create more divide in the future by creating these groups who constantly reinforce the same comfortable views fostering a phenomenon known as confirmation bias.

Confirmation bias or ‘myside bias’ is the tendency to search for, interpret, favor, and recall information in a way that confirms one’s preexisting beliefs or hypotheses. Placing everyone in their own bubble will, in essence, create multiple bubbles of people confirming over and over what could be an entirely skewed reality. When they actually do interact with others who don’t share that same skewed reality, the result could be disastrous.

The algorithm shift goes directly against the idea of open-minded thinking as paraphrased in this famous quote by Aristotle, “It is the mark of an educated mind to be able to entertain a thought without accepting it.”

Facebook is moving to condition people to think that all information is happy and should never challenge their worldview. What could possibly go wrong?

While the future of social media may seem bleak on the side of Facebook, there is also amazing news on the side of innovation and free thought. To those who’ve been paying attention, they saw the problem presented by so many people using a similar system that is ultimately controlled by those who have an interest in mining your data for profit, controlling the political narrative, and essentially creating a personal database on billions of people, the likes of which corrupt governments salivate over.

Instead of trying to change the system of Facebook from within, several individuals came together to build a new system—which showed the obsolescence of the old. Thus, Steemit was born.

The general concept of Steemit is similar to other blogging websites or social news websites like Reddit, but the text content is saved in a blockchain. Using a blockchain enables rewarding comments and posts with secure tokens of value.

As stated in the Steemit White Paper:

Steem combines concepts from social media with lessons learned from building cryptocurrencies and their communities. An important key to inspiring participation in any community, currency or free market economy is a fair accounting system that consistently reflects each person’s contribution. Steem is the first cryptocurrency that attempts to accurately and transparently reward an unbounded number of individuals who make subjective contributions to its community.

Instead of becoming hubs for censorship and the centralization of power and wealth like other social media platforms and make hundreds of billions of dollars off content created by its users, Steemit bucked the system. Instead of leeching off the wealth created by user-generated content like Facebook does, Steemit returns most of its value back to the users by rewarding them with cryptocurrencies. As a result of this system, many people have begun to sustain themselves from the value created entirely on this platform.

According to the White Paper, the Steem community provides the following services to its members:

1. A source of curated news and commentary.
2. A means to get high quality answers to personalized questions.
3. A stable cryptocurrency pegged to the U.S. dollar.
4. Free payments.
5. Jobs providing above services to other members.

In essence, Steemit creates an entire economy out of social media in which everyone—not just the platform owners—benefit from the creation of content. It is a beautiful model that is constantly being improved and its future is bright.

If you are not on Steemit, please consider checking it out and joining in on the social media revolution. As the social media dinosaurs continue to crack down on users, censor their information, and create more division among humanity, Steemit is doing the exact opposite. Check out TFTP on Steemit today.