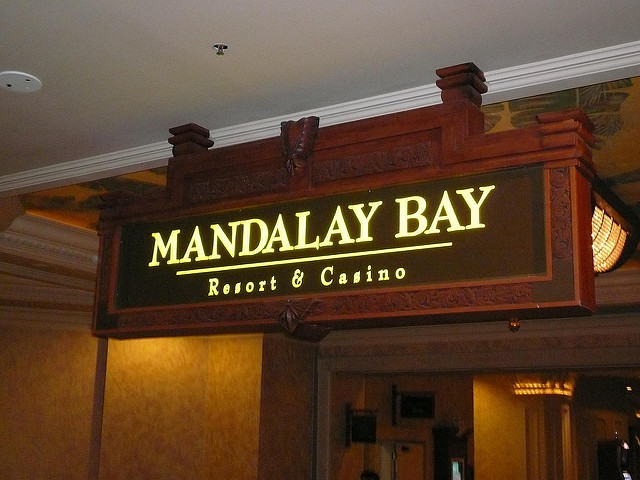 LAS VEGAS (INTELLIHUB) — Investigative reporter Jake Morphonois recently stayed at the Mandalay Bay where he met hotel security and maintenance staff who later told him off property that they do not know who Jesus Campos or Steve Schuck is.

Morphonios claims his sources maintain that there were less than 20 security guards on the payroll around the time of the shooting, all of whom know each other.

“They security guards don’t know who Jesus Campos is,” Morphonios explained. “They have no idea who this guy is, that we are being told was a Mandalay Bay security guard that went to the rescue.”

Campos and Schuck are best known for there one-time media appearance on The Ellen Showin mid-October where they offered limited information.

Morphonios also claims to have interviewed someone who was working in the camera control room on the night of the shooting who Morphonios says is still “terrified” after seeing what actually occurred.

“They wouldn’t even tell me what they saw,” he said. “They just told me that what they saw has put them in fear.”

Astonishingly, all of this dovetails with information obtained in late October by investigative reporter Laura Loomer which shows that Jesus Campos was not listed in the hotel’s employee database.

However, while all of this was questioned at the time, it was hard to put two and two together to form a solid theory, one that suggests both Campos and Schuck were either undercover F.B.I. agents assigned to mitigate a credible threat known to the agency at the time or were agency actors doctored up by counter intelligence expert and F.B.I. Special Agent in Charge of the Oct. 1 massacre Aaron Rouse.

Additionally, Crowdsource the Truth’s Jason Goodman interviewed a Mandalay Bay security guard assigned to the 32nd-floor on Nov. 11, 2017, who told him that he did not know Campos either.

The security guard told Goodman that he has “no idea” if the floor was shot up or not and answered “no” when asked if he knew or had even seen Campos.

Campos was reportedly shot in the leg by Paddock while investigating a ‘door alarm’ on the 32nd-floor just moments before Paddock opened fire onto concertgoers who were attending the Route 91 Harvest Music Festival on that dreadful night.

Is it possible Jesus Campos and Steve Schuck were running and undercover F.B.I. operation on the night of the Las Vegas shooting or were they an F.B.I. fabricated cover story to hide the truth?

Is it possible #JesusCampos and #StevenSchuck were running and undercover @FBI operation on the night of the #LasVegasShooting or were they an F.B.I. fabricated cover story to hide the truth?