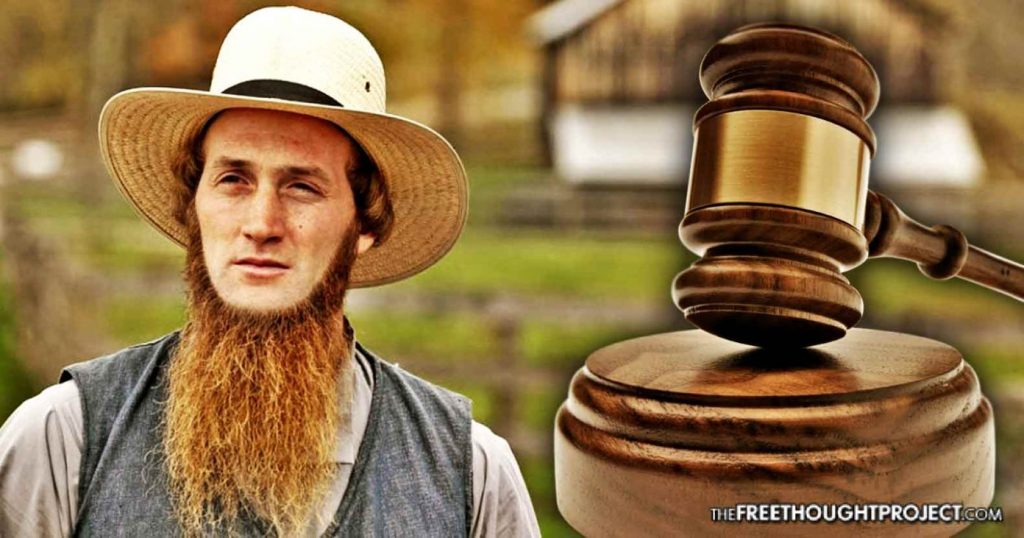 An Amish community in Warren County, Pennsylvania has just lost a major battle against the state which is now requiring them to violate their religious beliefs and use electricity. Despite the Yoder family never causing harm to anyone by not using electricity, the government is forcing them to connect to the grid anyway.

At the heart of the Amish religion is the rejection of individualism. The Amish anti-individualist orientation is the motive for rejecting labor-saving technologies that might make one less dependent on their community. Modern innovations like electricity might spark a competition for status goods which is in direct conflict with the Amish way of life. Therefore, they reject it.

While the Amish lifestyle may seem odd to others, the fact that it causes no harm should mean that no one should be able to force them to change. Sadly, that is not the case.

The Yoder family lives entirely off-grid. This off-grid religious lifestyle includes the use of a self-composting toilet—an “old-fashioned privy”—that did not require electricity or running water.

Had the Yoder family been dumping their raw sewage into the public watershed or otherwise polluting the community in any way, requiring them to hook up to the grid would be more sensible. However, that is not the case.

The Yoder family is being required to violate their religious beliefs and go against their long-standing traditions—which have harmed no one—for the mere fact that they are in violation of a city code that requires all property owners to be tied into the grid.

For years, the Yoders have successfully fought off the sewer connection requirement. However, they will now be forced to hook up an electric grinder pump. The court ruled that the electric pump is the “least intrusive means” of connecting to the sewer system.

Judge Patricia A. McCullough voiced the dissent, arguing the Yoder’s are sincere in their religion-based shunning of electricity. “I believe (the Yoders) are being denied their rights to religious freedom,” she wrote.

The American Civil Liberties Union also weighed in on the ruling, noting their concern for the Yoder’s religious freedom as well as the undue burden it now places on them to install the pump.

“They didn’t consider the other ways that the government could have achieved its ends,” Sara Rose, a senior staff attorney with the ACLU said.

Rose said that although this case didn’t set a precedent, it will undoubtedly be cited in future cases which may apply to Pennsylvania’s Religious Freedom Protection Act.

A Pennsylvania state court has ordered an Old Order Amish family to use electricity and connect to a public sewer system — even though it violates their religious beliefs. https://t.co/kYIbQIAzE2 pic.twitter.com/RAlmkDXOIA

Unfortunately, in the so-called ‘Land of the Free’, the government can and will force you to conform or face consequences. This conformity often hits the innocent Amish communities the hardest.

As TFTP reported last year, Samuel Girod, an Amish farmer who made natural health products, was charged with conspiracy for the way he labeled his salve.

In June, Girod was sentenced to six years in prison for obstructing a federal agency and for making and selling herbal health products that were not adequately labeled as required by federal law.

In another case, which actually had a happy ending, 12-year-old Sarah Hershberger, an Amish child from Ohio, was persecuted and faced government kidnapping because she and her parents refused chemotherapy to treat her cancer.

In June of 2013, Sarah was receiving chemotherapy at the hospital and her parents were convinced that it was making her condition worse.

“We were pretty sure we were going to lose her if we kept doing the chemo,” Anna Hershberger, Sarah’s mother said.

The parents began to object the treatment and faced strong resistance from the hospital staff, who even took them to court and attempted to gain guardianship over Sarah. The doctors had testified that without receiving chemotherapy immediately, Sarah would die within six months.

The family stood firm in their denial of the treatment, which prompted an intense legal battle. At one point during the ordeal, the family was forced to flee the country so she was not kidnapped by the hospital. Eventually, the family won in court, and it was decided that they had a legal and constitutional right to treat her cancer as they saw fit.

Now, years later, Sarah is not only still alive, but she is actually entirely healthy, and cancer-free.

Matt Agorist is an honorably discharged veteran of the USMC and former intelligence operator directly tasked by the NSA. This prior experience gives him unique insight into the world of government corruption and the American police state. Agorist has been an independent journalist for over a decade and has been featured on mainstream networks around the world. Agorist is also the Editor at Large at the Free Thought Project, where this article first appeared. Follow @MattAgorist on Twitter, Steemit, and now on Facebook.