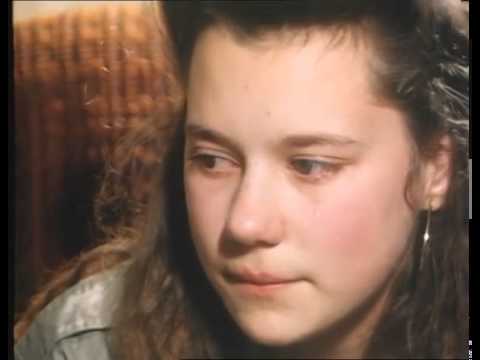 Our guest blogger, Tony Mead, is a Sandy Hook researcher — an administrator of the Facebook page, “Sandy Hook Hoax“; a contributing author to the book Nobody Died at Sandy Hook; and a member of Independent Media Solidarity that produces the videos “We Need to Talk About Sandy Hook” and “Life of Adam”. Mead is also the author of the outstanding “Lenny Pozner’s HONR Network: The Fine Art of Online Stalking and Harassment,” which FOTM republished.

Satanic Pedophilia Within Our Society

As the headlines are teeming with such stories as the Harvey Weinstein scandal and admissions of involvement in sexual misconduct by the infamous from Justin Beiber to Kevin Spacey, it is an important time for us to look deeper into what is really going on in our world today!

Actually, this is not some new phenomenon and is certainly not limited to those prominent Hollywood actors and notorious musicians, but instead, permeates every corner of people in power in our society and has done for centuries.

Is this some affinity for sex with children that is shared by these culprits, or is it something that they have been forced to engage in to procure their prominent positions in society? Although the cognitive dissonance that I possess has made it difficult to thoroughly assess the enormity of the epidemic, I have found myself compelled to research this topic more fully. What I have discovered will shock every person of high morality into a state of disbelief!

As a man of Christian faith who was born into a modern (non-religious) family, I was raised with certain values that have helped me to adhere to a type of morality that conforms with that of my peers. I have learned to know right from wrong and have experienced great joy when commended for “doing the right thing” as well as feeling guilt and shame for any transgressions that I have made. I learned that cheating and lying were not acceptable behaviors. I learned that honesty and integrity were respected values. I learned that sex was a pleasure to be shared between a man and a woman, but was to be a private, yet intimate experience. I learned to have respect for my fellows and to be polite and compassionate.

Of course, my Euro-centric upbringing somewhat defined my morality and, as a child, I expected everyone else to adhere to a similar standard. When they didn’t, I was offended, and I would report the offender to an adult, who would then render consequences to keep them in line. In fact, if another person engaged in such conduct regularly, they would be chastised and even ostracized by their fellows and in this way, Social Conformity is achieved. In order to maintain a peaceful society, I think we can all agree that social conformity is a necessary ingredient. We, as a society, need to know what is acceptable, and what is not.

What is considered morally acceptable in some societies may not be acceptable in others. In some African tribes, the women wear increasingly abundant “necklaces” that gradually extend the length of their neck until the begin to look like a human giraffe. This is considered attractive to their men. Other tribes have arranged marriages of girls as young as 12 years old. To them, this is normal. Other, more subtle differences arise within our own culture such as different religious practices. The circumcision of an infant may be as abhorrent to some as is the baptism of an infant to another. But, I think we can all agree that there is an established morality within our society that precludes the idea of adults having sex with children.

So then, why does it seem to be such a common occurrence among one particular segment of our society? Is it because once someone is rich enough to afford whatever luxury they desire that they seek out the “forbidden fruit”? Imagine that you have enough money to last several lifetimes and enough to take care of everyone that matters to you in your life! Now imagine that you have access to every simple pleasure such as the finest food and drink, the best entertainment, the best drugs, the most beautiful places imaginable. What is there left to enhance your pleasure? The finest of sexual pleasures that money can buy?

At first inspection that is what I had considered to be the root cause – these people just have too much money! But, as I explored the phenomenon further, I came to believe that may be putting the “cart before the horse” as it was their affinity for sexual deviance that led to their powerful positions in society!

What becomes especially shocking to someone such as myself is that it is not the mere compulsion of sexual desire that leads to their position of prominence, but their involvement in something so deviant, so disgusting and revolting, that the average person will immediately dismiss it as being “impossible’! In fact, despite overwhelming, indisputable elucidations of the existence of this phenomenon, it seems too incredible to digest!

When I think of Satanism, what comes to mind are the witch burnings of Salem and some antiquated obsession with devil worship. Perhaps a more modern version includes the likes of Anton Lavey, the founder of the Church of Satan, or Wicca, which is a modern cult of witchcraft believers. A lesser known proponent of Satanic worship is Michael Aquino, a former Military Officer who specialized in psychological warfare and founded the Church of Set, which is an offshoot of Lavey’s Church of Satan.

It should come as no surprise that in 1987, Michael Aquino was accused of Satanic Ritual Abuse of a 3 year old child but was exonerated after police “could find no evidence linking him to the crime”.

What is the link between Satanism and pedophilia? I had always considered pedophilia as some sort of psychological disorder. I thought that pedophiles had somehow transfixed on some period of adolescence and never fully matured into adulthood. Perhaps those afflicted suffered such immense insecurity as to be incapable of having intimate relations with other adults. Or perhaps they were infatuated with the physical characteristics of pre-pubescence. I really couldn’t fully understand something that I have never experienced myself, but I was of the belief that it was a psychological affliction that resulted in behavior that was unforgivable in my opinion.

I really had no idea that people could be indoctrinated into this deviant practice through their own family. Unfortunately, that rude awakening eventually became what I hold to be truthful.

In order to understand Satanic Ritual Abuse, we must first recognize that there is a definite pattern of repeatedly exposed techniques that are used to indoctrinate individuals into this cult. These reports come from hundreds of “victims” who have been sexually tortured and made to perform despicable tasks, including murdering infants, in order to appease their captors. These children have been either in the care of their own parents or in some cases kidnapped into these Satanic cults where they are then forced to participate in the sacrifice of a baby by being forced to hold a knife in their hand as their parent aids them in the beheading, mutilation and cannibalization of the infant!

This ritual has been explained, in detail, by hundreds of whistle-blowing survivors. It occasionally gains some traction, but inevitably loses momentum as the cognitive dissonance of the general public, coupled with the media’s concerted efforts to dismiss the stories, helps them gradually fade away.

Stories such as the McMartin Trials were dismissed as Satanic Panic even though 360 children had confirmed that they had been sexually assaulted!

On March 22, 1984, Virginia McMartin, Peggy McMartin Buckey, Ray Buckey, Ray’s sister Peggy Ann Buckey, and teachers Mary Ann Jackson, Betty Raidor, and Babette Spitler of the McMartin School were charged with 115 counts of child abuse, later expanded to 321 counts of child abuse involving 48 children! Eventually all charges were dropped for “lack of evidence”. This is how corrupt the court systems are, and have been, because they are infiltrated by these same pedophiles.

The Franklin Cover-Up, written by former U.S. Senator John DeCamp, details the kidnapping of John Gosch and Paul Bonacci and their indoctrination into Satanic Ritual Abuse that led them into a life of prostituting themselves to wealthy politicians. Their story took them from catering to the powerful politicians in Nebraska all the way to servicing the Bush Family occupied White House!

The rituals of human sacrifice and drinking the blood of a slaughtered infant are also recanted by these young boys.

DeCamp’s book inspired the documentary “Conspiracy of Silence”, which had been produced to be aired on the Discovery Channel on May 3, 1994. It was canceled just 24 hours prior, for still undisclosed reasons. Of course, most people assume that it was due to political pressure from the Satanists who did not want the exposure, but, to this day, the Discovery Channel has never said why it was scrubbed. You can still view it here:

Then there is the story of Vicki Polin, a woman who appeared on the Oprah Winfrey Show in 1989 and, once again, described in detail how she was forced to participate in her family custom of Satanic Ritual Abuse by killing and devouring babies. She also disclosed that not only has her family been doing this for multiple generations (dating back to the 1700’s), but that there were many Jewish families throughout the United States who also regularly practiced these rituals!

These Satanic practices are not limited to the United States, but indeed are a global epidemic. “Theresa” from Australia explains in detail how her family also raped her and forced her to engage in the exact same rituals described by all of these other outspoken victims! Traumatized beyond repair by the involuntary participation in the murder and cannibalization of infants and repeated sexual torture!

Perhaps the most poignant words of Theresa are when she describes the feeling of helplessness while engaging in these rituals. She compares it to having to “eat your vegetables” as a young child — you don’t really WANT to do it, but you know that it is something that you HAVE to do.

More recently, the case of the Hampstead Cover Up has come to light, in which Alisa and Gabriel Dearman have spoken out about the Satanic Ritual Abuse in their school in England. The 9 year old girl and 8 year old boy, once again, described in detail how they were forced to hold a knife in their hand and decapitate a baby and then drink it’s blood. They’re whole school engaged in this “black mass” on a weekly basis. These children are completely comfortable as they explain, in detail, the sexual abuse that they have endured when interviewed on multiple occasions and yet, somehow they are taken from their family and remanded into State Custody, never to be seen again! Many of the concerned parties advocating for these children claim that their father Ricky Dearman (an actor), along with the entire staff of the school and the local police department are all involved in this Satanic Ritual Abuse!