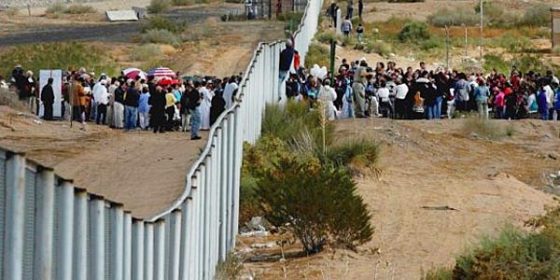 With multiple media reports indicating that U.S. immigration officials are planning a large-scale sweep throughout the state, the California attorney general has warned businesses in the “sanctuary state” that they will be prosecuted if they follow federal law by cooperating with ICE agents.

That’s right, not only is California leading the way in allowing illegal immigrants to run roughshot over American law, not to mention our own citizens, they are now planning to criminally charge any employer who cooperates with federal immigration officials as doing so could find them in violation of two different laws passed in support of illegal immigration.

California Attorney General Xavier Becerra (D-CA) said during a press conference Thursday that employers in California who cooperate with Immigration and Customs Enforcement (ICE) in their rumored upcoming immigration raids would be prosecuted if they cooperate in a manner that violates California law.

Becerra held the press conference following reports that ICE officials are “preparing for a major sweep in San Francisco and other Northern California cities.”

The Sacramento Bee’s Angela Hart asked Becerra if the attorney general’s office would take legal action against employers who cooperate with ICE officials.

“There are new laws in place in California now in 2018 with the advent of 2018. I mentioned two of them specifically, AB 450 and SB 54. AB 450 in particular deals with the workplace in particular and how we go about treating the information about the workplace and employees at the workplace by employers,” Becerra explained. “What we’re trying to make sure is that employers are aware that in 2018, there is a new law in place.”

Keep in mind that this literally puts employers in between following federal or state law.

The law Becerra is referring to, AB 450, is a complicated law that “puts employers in a difficult situation of having to comply with federal immigration law obligations on one hand and state law requirements on the other.”

Under AB 450, employers are prohibited from “providing voluntary consent to an immigration enforcement agent to enter nonpublic areas of a place of labor unless the agent provides a judicial warrant, except as specified.”

Make no mistake, this is the liberal politicians in power in California openly putting immigrants ahead of American business owners in their never-ending support for all things illegal immigration.

One has to wonder if the Trump Administration could move to provide some sort of protection for any California business owner who does not want to purposefully work against federal immigration law?