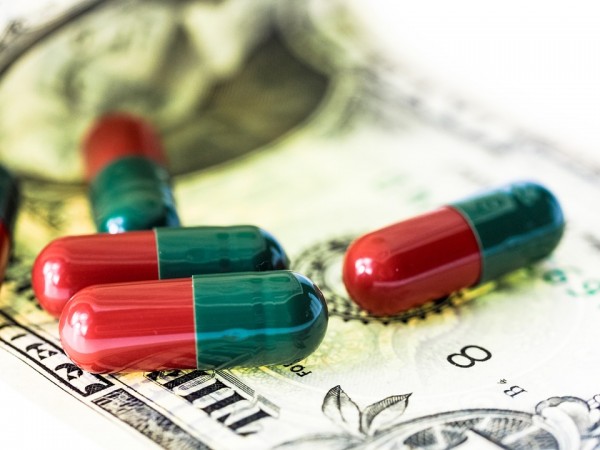 (Natural News) Dealing with cancer is devastating enough on its own, but when the drug your doctors have told you that you need costs a ridiculous amount of money, it adds even more stress to an already traumatic situation. Unfortunately, this is the sad reality for the many people who need lomustine, a drug that can be a lifesaver for patients suffering from Hodgkin’s lymphoma and brain tumors.

The drug was sold for years as CeeNU for around $50 a capsule until Bristol-Myers Squib sold it to NextSource. The ruthless startup then raised the price of the drug nine times, bringing its current price to $768 per pill and rebranding it as Gleostine. This is an increase of 1400 percent and far higher than the inflation rate, and it’s an example of pharmaceutical company greed as its worst.

The company’s CEO, Robert DiCrisci, had the audacity to tell the Wall Street Journal that the price was set based on the costs they incurred developing the medication – even though they bought it already fully developed from another company! He also said that the benefits it provides patients is part of the price. In other words, the more desperately the patient needs it, the higher the price they believe they can command for it. Yes, it’s business, but it’s also preying on those in need in the cruelest way possible.

DiCrisci’s reasoning behind the way the price was set also fails to explain why it went up 20 percent in August and then a further 12 percent in November.

Duke University neuro-oncology Professor Henry Friedman said: “This is simply price gouging. People are not going to be able to afford it, or they’re going to pay a lot of money and have financial liability.”

Drug price hikes are nothing new

Drug price hikes are everywhere you look these days. For example, the price of a periodic paralysis medication went from being free to costing in excess of $100,000 a year. EpiPens, which can be life-saving in cases of allergic reactions, rose from $57 to more than $700 recently despite costing $2 to produce, while a muscular dystrophy medication saw a 7,000-fold price hike last year. In one of the most high-profile cases of price gouging, Turing Pharmaceuticals CEO Martin Shkreli increased the cost of the AIDS drug Daraprim from $13.50 to $750 per pill in a rise of 5,000 percent.

This type of headline is becoming all too common, and the problem won’t subside any time soon because this is Big Pharma’s entire revenue model. The drug market, as Mytheos Holt points out in Townhall, is not exactly a free market given the monopolies that dominate it.

Right now, there are 319 drugs on the market that do not have any cheaper competition in generic forms. Part of this is because of the lobbying efforts Big Pharma has made to protect its monopolies. It’s worth noting that 399 House members and 97 senators received contributions from pharmaceutical companies during the election cycle of 2016.

Lomustine has never been turned into a generic drug despite no longer being under patent protection, and that lack of competition has those who need the drug at the mercy of the only supplier – and NextSource is apparently not interested in showing anyone any mercy. The price hike puts this medication out of the reach of many patients. Taking advantage of the sickest and most vulnerable people and exploiting their pain for profit is a heartless move, but it’s becoming just another day at work in the world of Big Pharma.