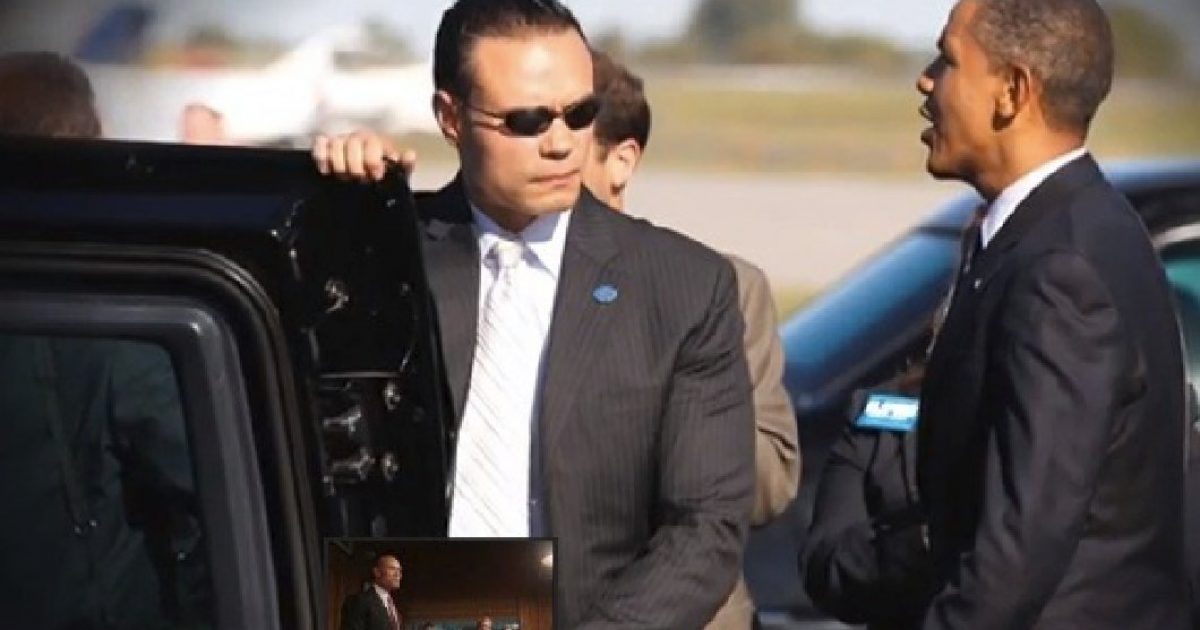 A former secret service agent who was assigned to protective duty under Barack Hussein Obama Soetoro Soebarkah, has been extremely vocal about the FISA memo, which congressmen are saying needs to be released to the public and that people should be going to jail over, said, “The real Obama, the vengeful narcissist, is going to be exposed for all to see.”

is no stranger, and in the past 24 hours he has been pointing to something that he warned of back in March 2017 when he tweeted, “#ObamaGate is going to blow wide-open this week.

#ObamaGate is going to blow wide-open this week

On Thursday, Bongino followed up that tweet saying that it took a little longer expected, which he attributed to the “extreme depravity” of the Democrats.

I warned you months ago. Sadly, it took longer than I expected as I underestimated the extreme depravity of the Democrats. #ReleasetheMemo https://t.co/yYYPrWbF47

He warned that Democrats would attempt to smear Rep. Devin Nunes (R-CA), but will ignore the facts contained in the memo, which is a simple Saul Alinsky tactic.

“The deranged Democrats’ strategy going forward, given the panic over the memo, is going to be a full-fledged attack on Devin Nunes, Bongino said.  “These are sick people, never forget it.”

“Don’t get distracted,” he said.

Bongino, who left the secret service in 2011 to pursue a seat in the US Senate, said that the American people must be allowed to see what the Obama administration did in their names, and called Obamagate “the biggest scandal of our generation.”

Additionally, he said the American people must also witness the unparalleled abuses of power and the police state tactics of the Obama administration, which are allegedly contained in the memo.

And while we know the fake news mainstream media will do everything in their power to cover for the usurper-in-chief and his minions, Bongino believes that they will not be able to handle what’s about to be exposed.

“The hack media won’t be able to cover up the shitstorm that’s coming ashore,” he said.

In fact, he taunted the media a little bit.

He addressed “media hacks” and said, “You’d better get your thinking caps on and start preparing your bullshit cover stories for the Obama admin now. And you’d better get real creative because once they #ReleaseTheMemo the roaches are gonna start scurrying.”

Though the former secret service agent believes the debunked anti-Trump dossier is important because of who was behind it, he said that the real question is “Why was the Obama administration spying on team Trump in the first place?”

According to Bongino, Obama doesn’t have “plausible deniability” and stupidity isn’t a defense.

In fact, he went on to point out that there would be only two real options for Obama once the memo was released.

OPTION 1) I didn’t know anything about the most important CI investigation in American history, despite being notified about it, or

OPTION 2) I did know and I approved of using the police state to spy on my opposition.

“He’s going to be crying, not laughing, I promise,” said Bongino referring to Obama.  “ObamaGate is going to make the IRS scandal look like a Leave it to Beaver episode.”

Senator Rand Paul (R-KY) pointed out the irony in the debate on FISA and the memo that representatives want to see released.

This entire FISA mess is nothing short of unconstitutional in the first place.  People think they can just make up laws that undermine our Constitution and that it’s ok.  It’s not.  This memo, if what is being said about it is true, and I have no reason to doubt the truth of it, should demonstrate that the entire FISA system should be abolished.  It should have been done a long time ago.  In fact, it should never have been authorized in the first place.

Take a listen to Dan’s show from Friday for in depth coverage of what is about to unfold.