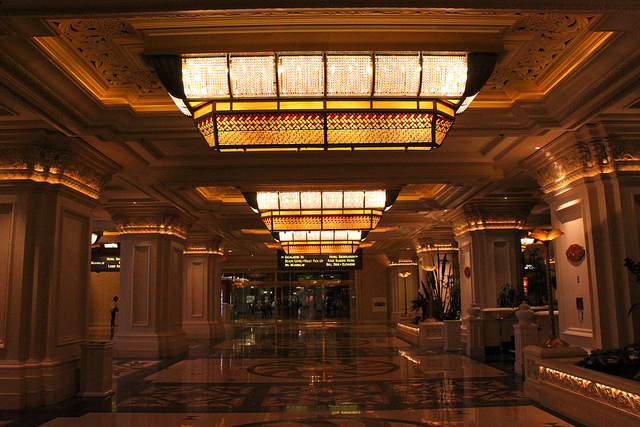 Mandalay Bay front desk representative says checking in with someone’s I.D. and credit card are simply not possible unless that person is present

LAS VEGAS (INTELLIHUB) — According to the Las Vegas Metropolitan Police Department’s preliminary investigative report on the 1 October shooting, Mandalay Bay staff allowed Stephen Paddock to check in to the adjacent room 32-134 under his girlfriend Marilou Danley’s name despite the fact the report says she was not present.If true, this would mean that anyone could rent a hotel room at Mandalay Bay under an assumed name by presenting any random person’s credentials, even if the photo, name, and sex of the person listed on those credentials don’t match the person who is presenting them.

To see what MGM had to say about this, Intellihub spoke with a Mandalay Bay public relations person named Allison over the phone Friday who would not offer any information or comment on whether or not just anyone off the street could rent a room under an assumed name, as the LVMPD’s report states. Needless to say, Alison referred Intellihub to the standard media request email “[email protected]”

After, being turned away by the PR representative and being put on hold for nearly ten minutes, Intellihub spoke with a Mandalay Bay front desk representative who confirmed the hotel will not rent a room to someone unless the valid photo I.D. and credit card matched the person presenting it.

“No,” the representative told Intellihub over the phone when asked if the hotel would have rented a room to someone (Stephen Paddock) under the same circumstances described in the LVMPD report. “We wouldn’t.”

However, the LVMPD claims that Paddock checked into room 32-134 under Danley’s name on 29 Sept. and had both rooms booked through 2 Oct which raises questions. Did hotel staff let Paddock check-in using Danley’s credit card and photo I.D. or was Marilou Danley present at the time of check-in?

The report goes on to state that Paddock was seen at the front desk with “5 suitcase bags,” after having his car parked by a valet attendant on the 29th but where is this footage?

Additionally, the report says that Paddock requested to use the service elevators where a bellman helped him carry four of the five bags up to room 32-135 on a service cart at around 4:56 p.m. on 29 Oct.

Is the @LVMPD lying about #StephenPaddock using his girlfriends photo I.D. and credit card to check into @MandalayBay without #MarilouDanley's presence? https://t.co/8q7KoEpLGk