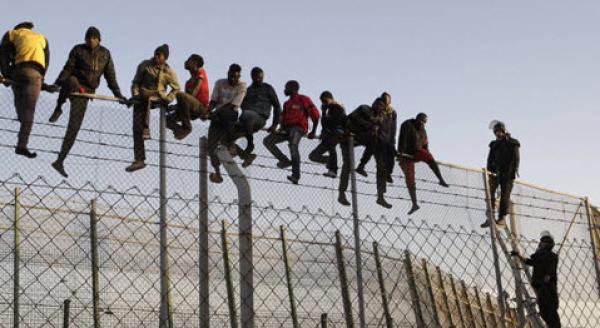 We know our so-called elected officials in the House and Senate do not work for the best interests of their constituents they are supposed to represent and, in fact, they rule over them without any trace of representation when they want to force a government shutdown to protect some 8 million DACA illegals.

Rather than simply pass a budget, they would rather shut the government down and force everyone who is paid by the US government to go without for however long a time it takes to approve protection for DACA illegals.

Thus, we have lawmakers who are working for the millions of people who are here illegally and punishing legal US citizens financially, until they get what they want.

The DACA program is in itself illegal because it protects individuals who are here illegally via an Executive Order signed by Obama in 2012.

The EO is against federal law due to the fact that it protects individuals who are guilty of breaking current Federal immigration laws by virtue of simply being here in the first place.

Any Executive Order or Executive Action taken by a president that is against current federal laws already on the books is unlawful.

The fact that protecting individuals who are criminals is more important than the welfare of US citizens who rely on being paid by the government such as active military, retirees depending on Social Security, combat veterans who receive money from the government in retirement and other benefits, for example, is an act of treason against the very country these people are supposed to protect.

Instead of working for the American people, these New Wordl Order, neo-Nazi Globalists put their corrupt agenda before the good of the people of the USA they were sworn to represent and protect.

We can no longer tolerate having individuals in office that are clearly anti-American as shown in their actions.

Every member of Congress and the Senate who is in opposition to the current Administration have the destruction of the US as a sovereign, constitutional, independent nation in mind.

On a daily basis, we see lawmakers like Al Green, Nancy Pelosi, John McCain, Frederica Wilson, Jeff Flake, Maxine Waters, Cory Booker, and many more ignore the responsibilities of their jobs while concentrating on getting Donald Trump removed from office or trying their best to make sure his policies do not get implemented.

This opposition should show us all that we did indeed have a Dictatorship in power before Donald Trump became president.

This opposition currently, is the result of their disbelief in losing the White House even though their chosen successor Hillary Clinton and Barack H Obama thought they had the election fixed via the DHS and the DNC meddling with ballots in virtually every large city in the country. The proponents of the Dictatorship will do everything they can to make sure it is returned to power.

We, the people of the United States, can no longer afford to sit idly by while these traitors in office try to destroy our country and must demand every single one of them be relieved of their position.

We also have to make it clear that we will not tolerate individual states like California for example that have gone out of their way to thwart anything resembling the United States of America, especially federal laws, without paying the consequences.

Recently, California Attorney General Xavier Becerra threatened to prosecute any employer in the state that helps federal immigration authorities. This is like most laws implemented in California in that since they are in direct violation of federal laws, they themselves are illegal and cannot be legally enforced.

The threat to prosecute all employers who tip off or cooperate with the feds on rounding up illegals is a treasonous act against the US and should be treated as a traitorous renegade act by Fascist Insurgents who hold office in these states.

It really doesn’t matter what Trump does, the NWO neo-Nazi Globalists are not going to like him any more than they currently do. In this case, he needs to have an armed invasion by the US military on state Capitols of renegade states such as Sacramento and forcibly remove individuals currently in power on the grounds of being enemies of the USA and conspirators against their country. This, or force them to secede from the Union.

In reality, we have a Civil War going on now, it is just that the violent combat of it has not started yet, but it assuredly will soon if our current situation with government officials does not change.

These same traitorous dogs in office also oppose the Electoral College in electing presidents and are trying to eliminate it so the entire country will always have a president in office that just 2 states, California and New York, out of the entire Union put there. This is why we have the Electoral College in the first place, to protect the country from being subject to having a few states always determine the presidency for the majority of states in the Union.

Time to clean house in Washington and of renegade states who want a NWO neo-Nazi Dictatorship in power that does not represent the people of the USA, but rules over them. This also means getting people who are part of the Dictatorship like Hillary Clinton, Barack Obama, John McCain, and a slew of others prosecuted for treason and high crimes against their country.

Tony Elliott is an established writer with articles in over 20 publications of differing topics. He was a Political Commentary Columnist for the Cimarron News Press in Cimarron, New Mexico from 2001 to 2003. He was also a regular writer for several small coastal newspapers in Southern Oregon during the early 1990’s. BOOKS: Aura Visions: The Origin Prophecy, Enviroclowns: The Climate Change Circus, Strange Sounds: A Research Report.