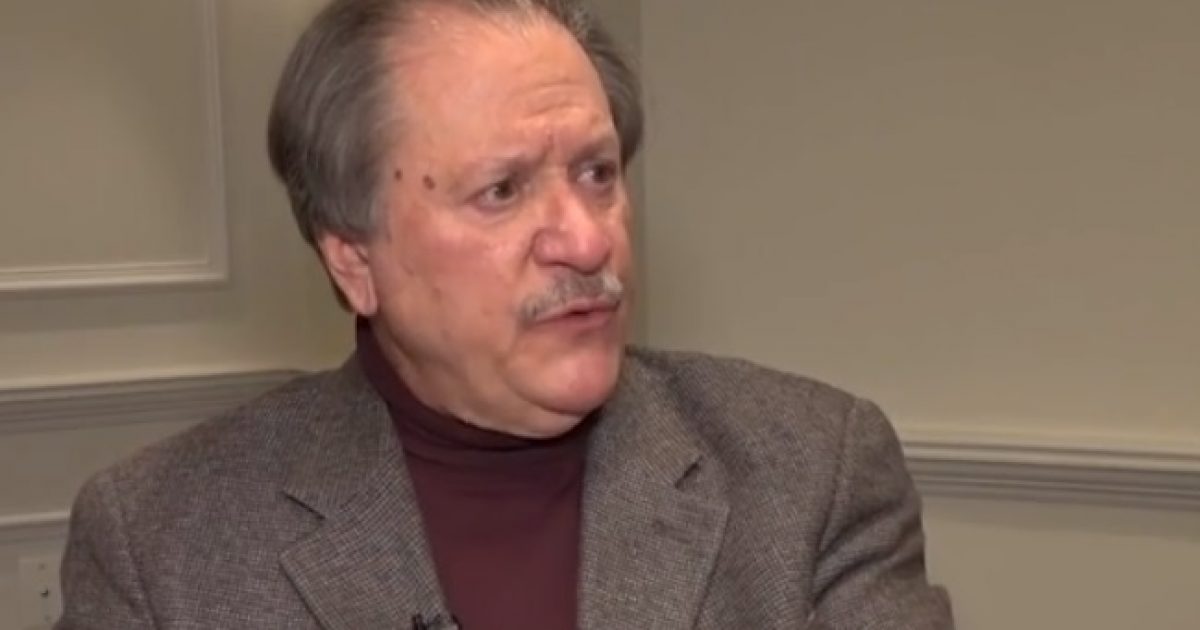 The Clinton Crime Family, led by Hillary Rodham Clinton, may have their days numbered, if a former federal prosecutor is correct in his assessment that “the truth is starting to seep out about the Obama administration’s ‘brazen plot to exonerate Hillary Clinton.”

In his interview conducted by Ginni Thomas, DiGenova connected the dots between the FBI, DOJ, NSA members’ participation and others, going into detail of the plausible part each played.

Joe diGenova, a former federal prosecutor, connects the dots on former Obama administration Justice Department and FBI officials who may have “violated the law, perhaps committed crimes” to politicize law enforcement and surveillance against political opponents.

He says former FBI Director James Comey conducted a fake criminal investigation of former Secretary of State Hillary Clinton as they “followed none of the regular rules, gave her every break in the book, immunized all kinds of people, allowed the destruction of evidence, with no grand jury, no subpoenas, no search warrants. That’s not an investigation. That’s a Potemkin village. It’s a farce.”

DiGenova condemned the FBI for working so closely with the controversial Fusion GPS, a political hit squad paid by the DNC and Clinton campaign to create and spread the discredited Steele dossier about President Donald Trump. Without a justifiable law enforcement or national security reason, he says, the FBI “created false facts so that they could get surveillance warrants. Those are all crimes.” He adds, using official FISA-702 “queries” and surveillance was done “to create a false case against a candidate, and then a president.”

There is one thing the American public should understand and know by now regarding Hillary Clinton.  If she is accusing another individual/politician/rival/opponent/enemy/friend of wrong-doing, there is a 100% chance she is engaged in that activity while using projection/deflection to pin it on another.  Moreover, Clinton has absolutely no problem engaging in criminal activity if/when it provides her power, more power, money, more money, and absolute power to fleece nations.

In this highly detailed video interview, he holds up an unreported April 2017 99-page FISA court opinion that “describes systematic and on-going violations of the law [by the FBI and their contractors using unauthorized disclosures of raw intelligence on Americans]. This is stunning stuff.”

DiGenova thinks Fusion GPS and Crowdstrike, the DNC’s private security firm, were among the redacted contractors of the FBI.

House Intelligence Chairman Devin Nunes, who knows who the redacted contractors were, may release more information.

Remember, Hillary Clinton basically bought the DNC by funneling the organization money after it suffered near financial collapse.  In exchange, Clinton and her campaign gained control over what the DNC would do and when and who to back.  If there is a problem believing the former DNC chair Donna Brazile because of her involvement, the coincidence of Hillary Clinton winning the Democratic primary over Bernie Sanders, the more popular candidate, occurring shortly after she bought the DNC, put it on a “starvation diet,” and controlled the day to day operation are about as common as finding a pearl inside an oyster at Red Lobster.

Was Fusion GPS pitching and funding journalists to run smear and propaganda campaigns for the Democrats? DiGenova says journalists were definitely paid by Fusion GPS. If it is true, he says, “it’s the complete antithesis of American journalism and the first amendment.”

“Law enforcement is being corrupted and media is being bought,” portends badly he says. Noting the elite media’s supposed outrage about governmental power and institutions during Watergate, diGenova says “the only thing the American journalism community seems to care about now is destroying Donald Trump.”

One only has to compare the coverage the lamestream enemedia provided concerning Hussein Soetoro versus Donald Trump to see the “journalism” community doing as much as possible to assist in removing Trump from office, but also destroying him and his family.

Remember, that is how the Clinton’s operate, as well as the CIA and the mafia – first they go after you then after your family.  And, if you remember Watergate, you will remember Clinton was fired during the Watergate scandal for “unethical” behavior and practices.

DiGenova is right.  This “plot” is much more serious than Watergate;  it cuts to the core of our Constitution, our rights, and the ability of the press to accurately report facts… well, remain impartial…. be free from extortion, coercion, and bought malice.

DiGenova spoke about the one hero in this entire fiasco – Admiral Mike Rogers, Director of the NSA,  He claimed Adm. Rogers briefed President-elect Trump regarding the controversial surveillance on November 17, 2016.

The very next day, the Trump transition team moved out of Trump Tower to Bedminister, New Jersey.  The move was made permanent until Trump Tower could be “debugged.”

So, according to DiGenova, when Trump accused the Hussein Soetoro administration of “wiretapping,” he received that information from Adm. Rogers, which was accurate.

He went on to discuss the Uranium One scandal, the special counsel and investigation overseen by Robert Mueller into a totally false narrative on Trump/Russia collusion, and the “heroism of Nunes, who is under intense pressure from a united Democrat front.”

The interview concluded with DiGenova expressing no doubt that should Democrats gain control of the House in 2018, an effort will be made to impeach President Trump.

Therefore, Democrats are doing all in their power to delay Republicans from exposing the truth.  He expressed how important the work of the House of Representatives is at this time.