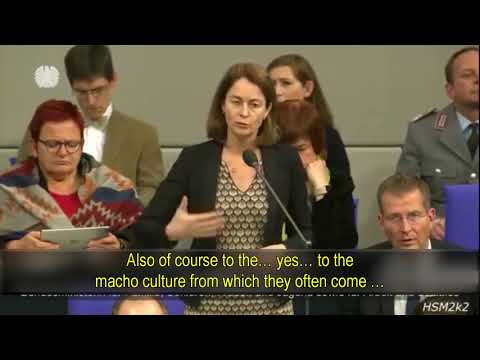 The Qur’an says: “O Prophet, tell your wives and your daughters and the women of the believers to bring down over themselves of their outer garments.

That is more suitable that they will be known and not be abused.

But yeah, if mom and sis are around, none of this will happen.

Germany is committing suicide by means of willful ignorance.

After an Afghan migrant murdered an innocent 15-year-old German girl, Germany’s AfD party had some serious questions in the parliament.

When the Minister of Family Affairs and Women of Youth was asked how Germany’s women should be protected, she gave a remarkable answer…