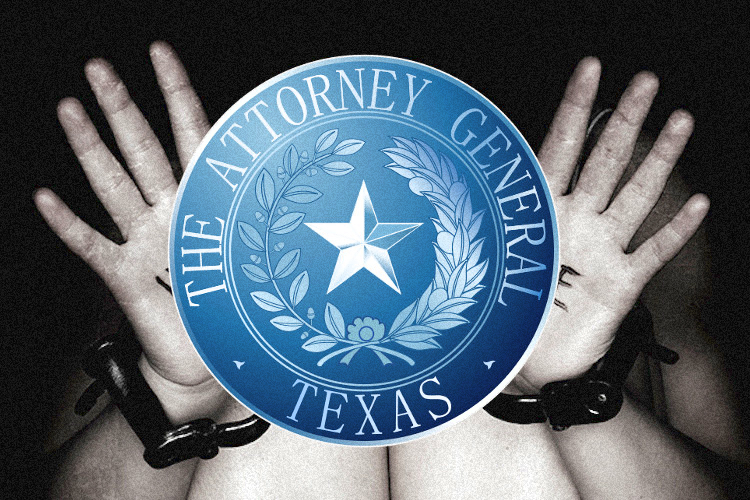 Will 2018 be the year that human trafficking and sex-trafficking finally gets the attention it deserves from the public and from those in government who are actually there to serve and protect?

Human trafficking is much more common than people want to believe, and in just about every city and town in America there is an underground slave trade. The issue is slowly being brought into public consciousness, however, and the Texas State Attorney General, Ken Paxton, has overseen a recently released documentary film entitled, “Be the One.’

The film aims to show the public just how prevalent human trafficking, including sexual exploitation and forced labor, are today, just how easy it is to overlook, and what you can do if you notice the tell-tale signs.

“Human trafficking is modern day slavery. It is the exploitation of men, women, and children by third-parties for their own profit or gain.” ~Krista Leeburg Melton, Texas State Attorney General’s Office

In a 2017 study, it was estimated that is over 300,000 victims of human trafficking in Texas today. The statistical breakdown is shocking:

In October 2017, Waking Times reported on a former pimp turned imprisoned felon who had a message for the public about just how real and how dangerous kidnapping and prostitution of young children is in America.

“Sit your daughter down and let her know. There’s people out there really ready to manipulate her.” ~Joshua Jones

Many are righteously concerned about this problem, and in the last year we’ve seen a massive increase in the amount of child pornography rings, human trafficking rings, and human sex slave operations that have been busted by law enforcement.

Many believe that President Trump is waging a behind the scenes war against the Satanic forces in government who engage in this kind of rampant criminality with impunity. Since the outbreak of the Pizzagate story in the alternative media, interest in this issue among the public has skyrocketed, and in light of the Weinstein scandals and ensuing #metoo movement, it is time that this nation make a concerted effort to recuse those in bondage.

The Texas Attorney General’s documentary is a must see, although it is quite unsettling. We wanted to post the video here, but for now the film is only available to watch for free on Vimeo, or at the Texas State Attorney General’s website.

Watch ‘Be The One,’ for free on Vimeo by Clicking here.

The accompanying statement on the Attorney General’s website reads:

“Human trafficking is modern day slavery. Kevin Bales of Free the Slaves defines it as “a relationship in which one person is controlled by violence through violence, the threat of violence, or psychological coercion, has lost free will and free movement, is exploited economically, and paid nothing beyond subsistence.

Human trafficking is a media buzz word that often conjures images of brothels in Thailand or confusion with the ongoing immigration debate. This innovative digital training tool cuts through the confusion, arms the viewer with an understanding of what human trafficking is and is not, and helps them recognize that this is a Texas problem with Texas buyers, sellers, and victims. It refocuses our attention on adults and children who are regularly exploited but are unlikely to self-identify as victims or seek help. This video walks the audience through actual cases prosecuted in the state of Texas, identifies the tools of traffickers and how they are typically utilized to obtain and maintain victims, and equips viewers with red flags and a reporting protocol. Most of all, it challenges Texans to change the culture in which we live from one that identifies with and honors perpetrators to one that provides safety, security, and genuine reintegration for the survivors of trafficking.” [Source]

Watch ‘Be The One,’ for free on Vimeo by Clicking here.

This article (Human Trafficking is Off the Charts, so Texas State Attorney General Produced a Documentary to Alert the Public) was originally created and published by Waking Times and is published here under a Creative Commons license with attribution to Isaac Davis and WakingTimes.com. It may be re-posted freely with proper attribution, author bio, and this copyright statement.