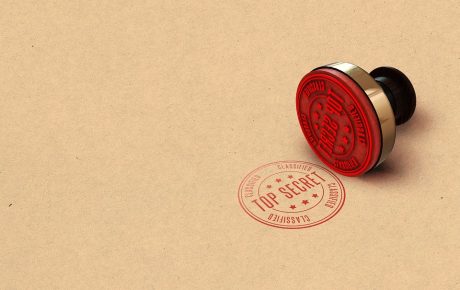 Republican members of Congress are pushing for the release of a memo that reportedly shows that government surveillance powers were illegally used against Donald Trump during the presidential campaign, and that the Obama administration, the FBI and Hillary Clinton illegally colluded in a concerted effort to try to destroy Trump’s chances of winning the presidency.  If these allegations turn out to be true, this will be the biggest scandal in American political history, but so far the mainstream media doesn’t want to talk about it.  Other than Fox News, it is hard to find any coverage of this memo on any of the mainstream news networks.  But as you will see below, Republican members of Congress are making a tremendous amount of noise about it.

But some Republican members of Congress that have seen it are speaking out, and what they have revealed so far is extremely alarming…

“It’s troubling. It is shocking,” Rep. Mark Meadows (R-NC) told Fox News. “Part of me wishes that I didn’t read it because I don’t want to believe that those kinds of things could be happening in this country that I call home and love so much.”

“The facts contained in this memo are jaw-dropping and demand full transparency. There is no higher priority than the release of this information to preserve our democracy,” said Rep. Matt Gaetz (R-FL), a member of the Judiciary Committee, which oversees the DOJ and the FBI.

Another Judiciary Committee member, Rep. Steve King (R-IA), called what he saw in the memo “sickening” and said it was “worse than Watergate.”

Actually, Representative King had a whole lot more to say about the memo than that.  Here is the full quote that he posted on Twitter…

I have read the memo. The sickening reality has set in. I no longer hold out hope there is an innocent explanation for the information the public has seen. I have long said it is worse than Watergate. It was #neverTrump & #alwaysHillary. #releasethememo

A sitting member of Congress says that this is “worse than Watergate” and the mainstream media doesn’t want to talk about it?

Once upon a time the mainstream media at least tried to be fair, but at this point they are extremely hesitant to publish anything that does not fit with the narrative that the Democrats are good and the Republicans are bad.

This memo could be the thing that causes all hell to break loose in Washington.  According to Representative Matt Gaetz, “people could lose their job” once this memo gets out…

Florida Rep. Matt Gaetz said he believed people could lose their jobs after the memo is released.

“I believe the consequence of its release will be major changes in people currently working at the FBI and the Department of Justice,” he said, referencing DOJ officials Rod Rosenstein and Bruce Ohr.

“You think about, ‘is this happening in America or is this the KGB?’ That’s how alarming it is,” Pennsylvania Rep. Scott Perry said.

And not too long ago, U.S. Representative Jody Hice added his voice to those calling for the release of this memo…

Earlier this morning, I examined the classified, four-page memo from @HouseIntelComm regarding the FBI, DOJ, and the so-called #RussianCollusion. To put it simply, “WOW.” I joined the call to #ReleaseTheMemo. Americans deserve truth and transparency.

I know that most people have such short attention spans these days, but this is one scandal that we cannot let go.  Even though members of Congress are not supposed to reveal the contents of this memo, Representative Gaetz says that it reveals “horrific abuses” that were committed during the Obama administration that will “shock the conscience of this country”…

When asked about the contents of the memo, Rep. Gaetz replied, “There are 4 pages of a memorandum prepared by the Intelligence Committee that will shock the conscience of this country when it comes to the horrific abuses that occurred during the last admin. and that I believe continue to pose a threat to Donald Trump’s presidency.”

Later in the interview, Rep. Gaetz hinted the memo outlines how the U.S. government may have committed fraud by presenting the courts with “false information,” to obtain FISA warrants.

We need to make as much noise as possible until the American people are allowed to see this memo.

And if it is as bad as many people believe that it is, a whole lot of people from the Obama administration and the Clinton campaign need to go to prison.

Fortunately, there are already indications that we are going to get to see this memo soon.  According to Representative Dave Joyce, the process of getting this memo released to the public has already begun…

As I have been stressing repeatedly in recent weeks, we must restore the rule of law in this nation if we want the American people to have faith in the system.

President Trump is fighting tirelessly to do the right thing, but there are dark forces inside the government that desperately want to keep the truth from being exposed.  I really like how Tom Luongo described this struggle in one of his recent pieces…

Trump’s continued needling of the establishment; playing the long game and demonizing the media which is the tip of the Shadow Government’s spear while strengthening the support of both the military (through his backing them at every turn) and his base by assisting them destroy the false narratives of globalism has been nothing short of amazing.

As a hard-core, jaded politico, I can tell you I never thought for a second he had the ability to what he’s already done.  But, as the past few months have pointed out, the real power in the world doesn’t rest with the few thousand who manipulate the levers of power but the billions who for years stood by and let them.

And those days of standing by are gone.

If Hillary Clinton had won the election, we would have never learned about any of this corruption that is going on behind the scenes.

The Trump presidency is our golden opportunity to take our government back, and I plan to be a big part of the solution once I get to Congress.  Nobody is above the law, and I believe that this memo could be a tipping point.

It is time for Hillary Clinton, John Podesta and the rest of that crowd to go to prison, and the American people should accept nothing less.