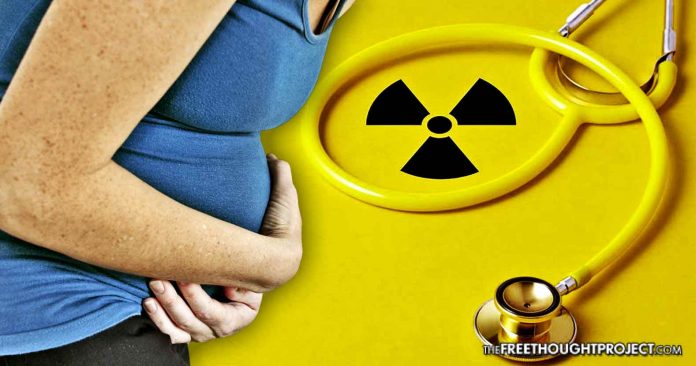 Between the years of 1945 and 1947, researchers at Vanderbilt University conducted a twisted experiment in which hundreds of pregnant women were exposed to radiation intentionally for the purpose of testing how it affected both the child and mother.

The study was funded by the U.S. Public Health Service and overseen by the Tennessee State Department of Health. All of these women were poor and had no knowledge of the experiment, and were never informed that they were a part of a study.

Somewhere between 750 and 850 women were given trace amounts of radioactive iron in a “cocktail” drink during their pregnancies by health officials they trusted. Dr. Paul Hahn, the lead researcher behind the experiments, claimed that the study was intended to record the absorption of iron during pregnancy.

However, in the years since, many pundits and journalists have theorized that these experiments were a part of a military study to learn about radiation exposure. When the university was finally investigated for these experiments in the early 1990s, Department of Energy Spokesperson Mary Ann Freeman revealed that Vanderbilt University conducted research experiments involving radiation for the US military during the Cold War.

The story broke into the news after decades when three women—Emma Craft, Helen Hutchison and her daughter, Barbara—filed a lawsuit against the university for exposing them to radiation.

According to the NY Times, “Mrs. Craft, 72, said at a Senate hearing on Jan. 25 that the experiments caused the cancer death of her 11-year-old daughter, Carolyn, in 1959.”

The other women reported symptoms and ailments that coincide with radiation poisoning.

Vanderbilt spokesman Wayne Wood told the Washington Post that all of the files were destroyed by the research team in the 1970s.

“The researchers who were working on that maintained their own files. They were not Vanderbilt property. They belonged to the researchers themselves,” Wood said.

“While it would not be acceptable today to give radioactive isotopes to pregnant women. it is also clear that this was carefully evaluated at the time, and there was a feeling then it was safe. We want to be as helpful as we can, but to create the feeling that we’ve done something wrong, we don’t want to do that,” Ross said.

Oddly enough, Vanderbilt University claimed that their studies had no adverse effects on the test subjects. However, the Advisory Committee on Human Radiation Experiments, which oversaw the Vanderbilt investigation, claimed that the studies did, in fact, have an extremely negative impact.

The Advisory Committee on Human Radiation Experiments stated in their report that:

“A higher number of malignancies among the exposed offspring (four cases in the exposed group: acute lymphatic leukemia, synovial sarcoma, lymphosarcoma, and primary liver carcinoma, which was discounted as a rare, familial form of cancer). No cases were found in a control group of similar size…This led the researchers to conclude that the data suggested a causal relationship between the prenatal exposure to Fe-59 and cancer. The investigators also concluded that Dr. Hahn’s estimate of fetal exposure was an underestimation of the fetal-absorbed dose.”

The Advisory Committee discovered that at least 27 experiments exposed pregnant women and their babies to radiation between 1944–1974.

After the committee’s findings were published, the Clinton administration was forced to publicly apologize for the US government’s actions during the radiation studies: