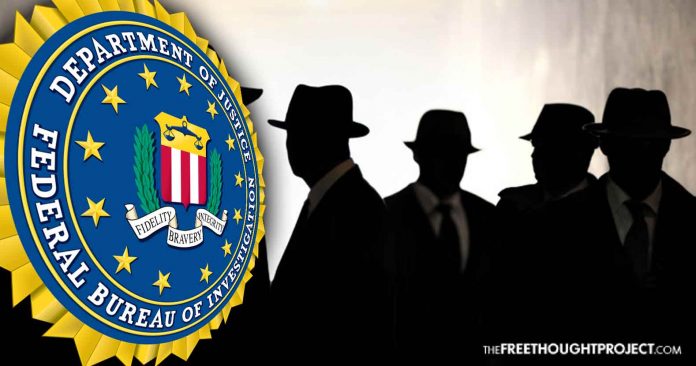 After it was revealed that the Federal Bureau of Investigation failed to preserve five months of text messages, a new level of scrutiny is building towards the agency and the messages exchanged between its officials—and two members of Congress have claimed that messages between the officials reference a ‘secret society’ within the intelligence community.

Senate Homeland Security Committee Chairman Ron Johnson drew attention to the more than 50,000missing messages between FBI officials Peter Strzok and Lisa Page over the weekend, in a letter to the director of the FBI.

The messages spanned from December 2016 to May 2017—a crucial period of time in which the officials were assigned to carrying out President Trump’s transition into office and the FBI’s investigation into collusion between Russia and the Trump campaign.

“The loss of records from this period is concerning because it is apparent from other records that Mr. Strzok and Ms. Page communicated frequently about the investigation,” Johnson wrote.

The Department of Justice acknowledged the gap in messages and blamed it on a technical glitch when it turned over 384 pages of text messages between Strzok and Page. However, the revelation of a “glitch” has angered House Judiciary Committee Chairman Bob Goodlatte, House Oversight and Government Reform Committee Chairman Trey Gowdy, and House Permanent Select Committee on Intelligence Chairman Devin Nunes.

In a joint statement released on Monday, the trio called out the FBI for failing to keep records of the more than 50,000 messages over a period of five months:

“The omission of text messages between December 2016 and May 2017, a critical gap encompassing the FBI’s Russia investigation, is equally concerning. Rather than clearing up prior FBI and DOJ actions, these recently produced documents cause us to further question the credibility and objectivity of certain officials at the FBI.”

Ratcliffe also claimed that the messages between Strzok and Page referenced a “secret society” within the FBI and the Department of Justice.

The thousands of texts @TGowdySC and I reviewed today revealed manifest bias among top FBI officials against @realDonaldTrump. The texts between Strzok and Page referenced a "secret society."

During an interview with Fox News’ Martha MacCallum, Ratcliffe questioned the extent of the “secret society” mentioned in the text messages, and whether it was made up of members like Page and Strzok who appeared to have an anti-Trump bias.

“We learned today about information that in the immediate aftermath of his election, there may have been a ‘secret society’ of folks within the Department of Justice and the FBI, to include Page and Strzok, working against him,” Ratcliffe said. “I’m not saying that actually happened, but when folks speak in those terms, they need to come forward to explain the context.”

.@RepRatcliffe on 5-month gap discovered in new FBI texts: "For former prosecutors like @TGowdySC & myself…it makes it harder & harder for us to explain away one strange coincidence after another." https://t.co/jTCsiBqaVi pic.twitter.com/yPKVEJoG91

Gowdy also referenced the “secret society” mentioned by the FBI officials and noted that the messages were sent one day after the election—nearly one month before the messages between the officials reportedly vanished from the FBI’s records.

“The day after the election…there is a text exchange between these two FBI agents, these supposed to be fact-centric FBI agents saying, ‘Perhaps this is the first meeting of the secret society,’” Gowdy said. “So I’m going to want to know what secret society you are talking about because you’re supposed to be investigating objectively the person who just won the Electoral College.”