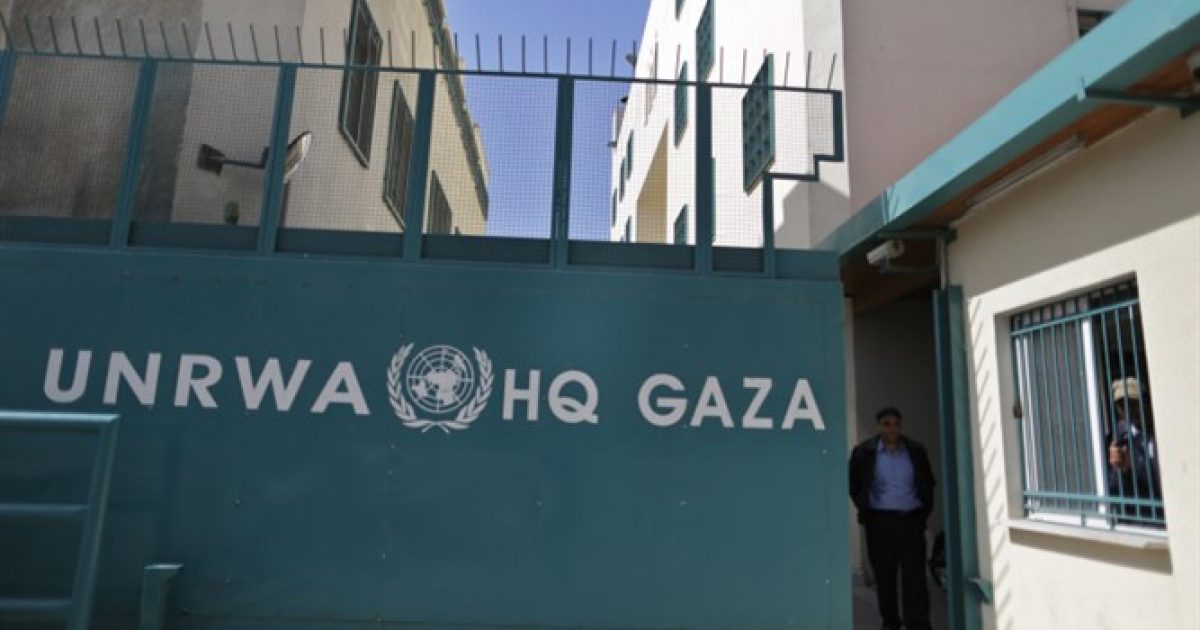 “The report is said to confirm that, as opposed to what UNRWA and its supporters claim, the number of refugees is actually in the tens of thousands, not the millions.”

It is clear why the destroyers and saboteurs want to keep this report from coming out: it would end the gravy train of U.S. aid, or at least severely reduce it.

Of course, this is Obama’s doing: “Multiple sources with knowledge of the situation told the Washington Free Beacon that the State Department first classified the report under the Obama administration and still refuses to provide U.S. officials with the information despite laws mandating its release.”

The Obama holdovers in the State Department are doing immense harm, and it could be that we haven’t seen anything yet. President Trump should have cleared them all out immediately, and should do so now.

The State Department is hiding a classified report on Palestinian refugees that insiders say could be a game changer in how the United States approaches the situation and allocates millions in taxpayer funds to a key United Nations agency, according to multiple sources briefed on the situation.

As the United States moves forward with a decision to slash funding to the United Nations Relief and Works Agency (UNRWA), the agency responsible for providing education and support to some five million Palestinian refugees, officials on Capitol Hill and elsewhere have been pressuring the State Department to declassify a report that is believed to show the actual number of refugees is far fewer than the U.N. claims.

Multiple sources with knowledge of the situation told the Washington Free Beacon that the State Department first classified the report under the Obama administration and still refuses to provide U.S. officials with the information despite laws mandating its release.

The report was described to the Free Beacon as a potential tipping point in the debate over UNRWA and its mission, which has come under increased criticism in Congress for what many claim is the agency’s anti-Israel bias and routine promotion of pro-terrorism doctrines.

Some State Department officials have acknowledged in private meetings that there is no reason the report should remain classified, according to sources who said the over classification is part of an effort to suppress this information from Congress and the public.

“I was informed that there is no justification for classifying the report. Rather, it is the officials at State Department who do not want this information out as it could and would lead to a call to reform UNRWA,” said one source briefed on the matter.

While UNRWA provides support to some 5.3 million Palestinians they claim are refugees, the actual number could be closer to 20,000. This disclosure could fundamentally shift the narrative with UNRWA and lead the United States to consider cutting even more of its funding to the agency.

Currently, any U.S. official seeking to read the little-known report’s findings must have top-secret security clearance and access to a secure facility containing the documents.

Revelations of this classified report’s existence and the potential implications come as the Trump administration announced that it would slash UNRWA’s funding by half, from $125 million to $65 million, in order to force the organization to implement a series of reforms.

UNRWA has come under fire from pro-Israel activists and some lawmakers for anti-Israel bias and complicity with radical elements of Palestinian society.

In addition to reports that UNRWA is using anti-Israel content in its classrooms, it has been caught hiding Hamas rockets in its schools on at least three separate occasions.

The U.S. report on UNRWA was first commissioned in 2015 by former senator Mark Kirk (R., Ill.), who was spearheading an effort to increase the organization’s transparency.

Kirk forwarded a congressional amendment to require the State Department to provide Congress with a report on the number of refugees served by UNRWA who actually lived in the territory now known as Israel between 1946 and 1948.

The State Department never acknowledged having completed the report, sources said, and instead classified it.

“State had neglected to tell Sen. Kirk’s office,” said one source with knowledge of the situation. “It seems that this was intentional.”

Once the report’s existence was confirmed, Congress, in a 2017 measure, directed the State Department to provide an unclassified version of the report. This, too, was ignored, sources said.

The report is said to confirm that, as opposed to what UNRWA and its supporters claim, the number of refugees is actually in the tens of thousands, not the millions.

Richard Goldberg, a former deputy chief of staff for Kirk, told the Free Beacon that the UNRWA effort was always about exposing the myth that there are millions of refugees who still require aid.

“This is about basic taxpayer oversight of an agency that gobbles up hundreds of millions of dollars ever year,” said Goldberg, the author of the original amendment that required the report. “Are we funding a refugee agency or are we funding a welfare agency that nurtures a culture terrorism and violence?”

“There’s a moral difference when it comes to U.S. policy and foreign assistance,” said Goldberg, now a senior adviser to the Foundation for Defense of Democracies. “American aid for true refugees is one thing; American aid to subsidize a culture of welfare and terrorism is entirely different.”…