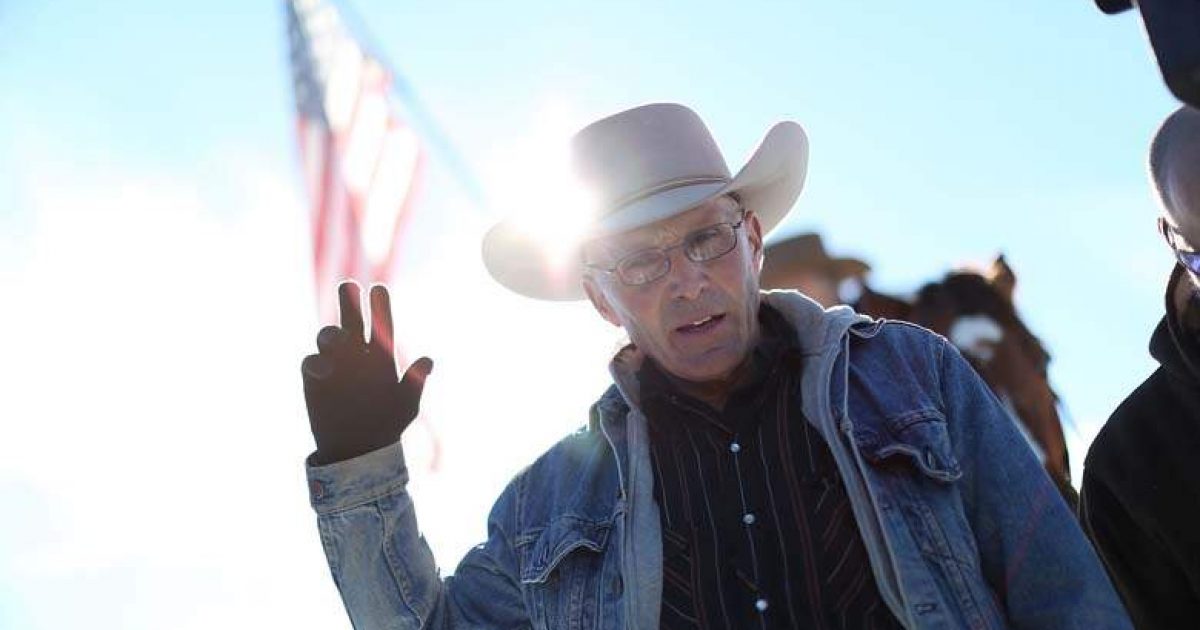 It was two years ago yesterday, January 26, 2016, that Arizona rancher LaVoy Finicum was gunned down on an isolated road in Oregon by Oregon State Police.  Yesterday, a wrongful death civil suit was filed by his widow, Jeanette, just as she said she would, against a host of defendants, including the FBI, the Oregon State Police and Oregon Governor Kate Brown.

The lawsuit names the following defendants:

The lawsuit begins by attempting to make a correlation between the North Korean citizen who attempted to cross the border to safety and crashed his truck while being shot by and armed North Korean government force with that of what took place that fateful day in January 2016.

“On January 26, 2016, at approximately 4:40pm, decedent Robert LaVoy Finicum was fatally shot three times in the back, assassination style, by one or more militarized officers of the Oregon State Police and/or FBI,” the lawsuit stated.

Finicum had told some of the defendants at the scene that he was on his way to see Grant County Oregon Sheriff Glen Palmer and that they were welcome to follow him there.  However, it seems there was a political bias at play as these defendants saw Sheriff Palmer as “an unfriendly political personality, and as being potentially uncooperative with what has now bee discovered to be the illegal, diabolical and shocking internal government scheme and conspiracy to do intentional violence to LaVoy Finicum and other political supporters of Cliven Bundy and those who were visible public critics of the BLM and federal government overreach,” according to the suit.

Now, before anyone suggests to me that LaVoy was reaching for a gun and all that, keep in mind that the video that we have of the drone and also the synced video of the drone and the video/audio recording from Shauna Cox, who was in the truck when Finicum was shot, have never been calibrated for authenticity of the sync, except in preparation for trial.

According to a source in the Bundy trial in Nevada, the videos were synced together and the audio as well, and the slight delay shown in the synced video put out to the public tells a different story to the one that was certified, which we hope will be released to the public now that the trial is over.

What we do know for sure is that two shots were fired as Finicum exited the truck.  He never made an attempt to kill anyone.  In fact, he deliberately tried to go around the roadblock, not ram it.  That didn’t stop officers and allegedly one FBI sniper from taking shots at him when he was no threat to them.  There is clear evidence of a coverup of the first two shots taken by the FBI sniper that didn’t hit Finicum.

We also have clear text and email evidence that both the White House and the Oregon governor’s office were involved in the ambush.

The entire arrest was illegal due to the fact that there was absolutely no laws broken, as evidenced in a full acquittal of the Bundys and several others.  Finicum would have been among those who were found to have been not guilty if he had lived.

“Since LaVoy’s tragic death, facts establishing the shocking internal government misconduct and the detailed internal conspiracy among the BLM, FBI and other government officials has increasingly come to light,” the lawsuit reads.

Then there is the federal indictment of FBI Special Agent W. Joseph Astarita for his role in the attempted murder of Finicum in Oregon and subsequent coverup.

Both former Attorney General Loretta Lynch and former FBI Director James Comey are also noted in the suit as being over the very agencies that acted illegally.

Former Senator Harry Reid was also named in the suit “for actions committed within the scope of his office or employment as a US Senator.”

The one hundred John Does are or were agents of the United States or the State of Oregon who acted “under color of law and within the scope of his or her employment.”

Notice that.  These people acted under the “color” or law as employees.  In other words, the plaintiffs are pointing out that these people were doing just what the Nazis said they were doing, just following orders.

Their names are not yet known, but will be made public once they are.

The case that was just declared a mistrial in Nevada because of lawlessness by the prosecution where several of the main defendants, Cliven Bundy and his sons along with Ryan Payne, was also cited in the lawsuit.

There are a ton of charges made against defendants by the plaintiffs which you can read in the document, including illegally targeting them for “religious bias and persecution,” deprivation of familial relationships without due process of law, acting fraudulently and maliciously, among the charges.

The plaintiffs then are seeking a judgment against the defendants, and each of them as follows:

Keep in mind that this is a civil suit.  We also need to see justice brought against the criminals here.  Each of these defendants will not pay out of their pockets for this, but their lawlessness will be paid by taxpayers because we employeed them.  It’s time for them to be held accountable out of their own pockets for a change.

The Nazis paid for their crimes individually.  These people should as well.  I wish the Finicum’s much success in their lawsuit!