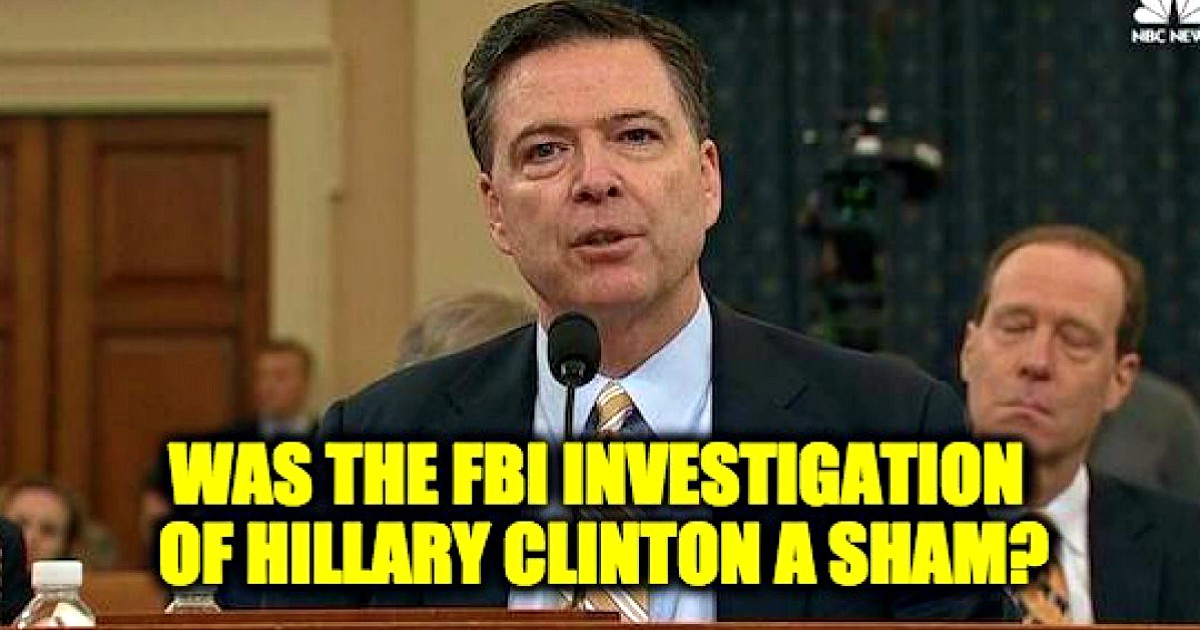 JOE DIGENOVA: [Strzok’s text messages] suggest, as we have said from the beginning, that there was a brazen plot to illegally exonerate Hillary Clinton and, if she didn’t win the election, to then frame Donald Trump with a falsely created crime.

Everything we have seen from these texts, and from all the facts developing, shows that the FBI and senior DOJ officials conspired to violate the law, and deny Donald Trump his civil rights.

TUCKER CARLSON: What do you make of the claim that five months of text messages between Strzok and Page have somehow disappeared — as Lois Lerner’s emails did, as Hillary Clinton’s emails did.

DIGENOVA: As an old U.S. attorney who has watched obstructions of justice over the years, that explanation from the Bureau is ludicrous. Those texts were either purposely destroyed, or, period. They were purposely destroyed. Moreover, they exist somewhere. I can tell you the NSA has them, other companies have them. Verizon has them, [or] AT&T. And if the Bureau can’t figure out how to get them, they’re in worse shape than I thought they were.

Those texts exist, and if they don’t exist, they were destroyed.

TUCKER CARLSON: So you suggest this was obstruction of justice. How do you proceed if the country’s chief law enforcement agency is guilty of that?

DIGENOVA: Well, the Attorney General needs to appoint a special counsel, and if he doesn’t want to do that, he needs to make sure the criminal division of the Justice Department impanels a grand jury immediately and starts putting in that grand jury, under oath, Comey Strzok, Page, Baker, McCabe, everybody. And senior Justice Dept. officials Sally Yates, Bruce Ohr, and others — John Carlin, the head of the national security division. All of these people need to be in front of a grand jury. We have long since passed the time when we need to have just Congressional investigations over this.

Make no mistake about it, a group of FBI and DOJ people were trying to frame Donald Trump of a falsely created crime.

TUCKER CARLSON: Is there any possibility the Justice Dept. has already impaneled that investigation?

DIGENOVA: I certainly hope so, we’re long past the time when that should have been done. I hope they have. if they haven’t I can’t imagine they are not about to do so shortly…

TUCKER CARLSON: Strzok and Page are apparently still working here at the FBI headquarters in Washington.Does that strike you as odd?

DIGENOVA: It strikes me as very odd. I can not conceive of circumstances under which agents in these conditions, with the kind of text messages they exchanged, knowing what we know now about the criminal activity involving the compromising of national security agency intercepts of 702 data of private American citizens. I can’t imagine how they can still be on the premises.

TUCKER CARLSON: Would they be cleared to see the classified information?

DIGENOVA: I certainly can not imagine how they would still be allowed to see classified information… Members of the ‘secret society’ no doubt continue to still talk to one another… Only Christopher Wray knows why they are still allowed to stay in that building… Regrettably, we are at a point now where the FBI has lost almost all of its credibility, and regrettably, its integrity, as a result of the conduct of James Comey, how remains America’s most dirty cop.