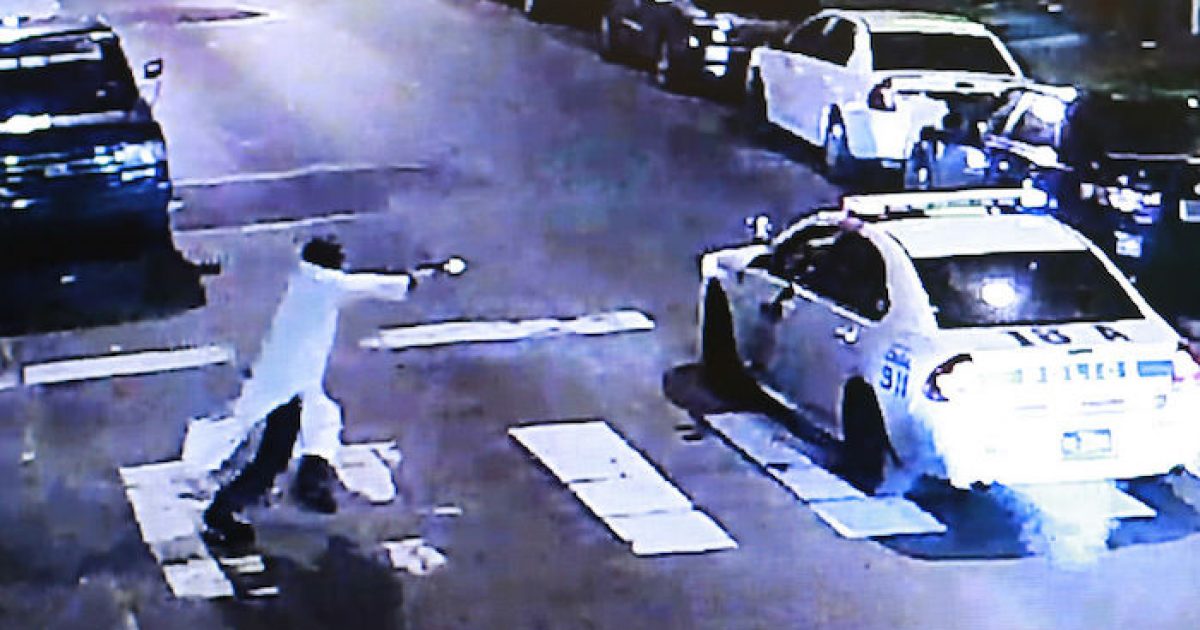 Edward Archer said he shot Philadelphia Police Officer Jesse Hartnett because “police bend laws that are contrary to the teachings of the Quran.”

But Philadelphia Mayor Jim Kenney, who is one of the bigger fools on this planet, immediately announced that the shooting had “nothing to do with being a Muslim or following the Islamic faith.”

This denial and willful ignorance is no way to win a war, and a very good way to lose it.

Meanwhile, Edward Archer should not be on trial in civilian court.

This is a continuation of the false premise that every jihad plot is a separate criminal incident, unrelated to any and all others.

It is part of the denial that there is a global jihad, or any overarching belief system, ideology, or goal that ties these separate incidents to one another.

Edward Archer is one combatant in a much larger war.

The U.S. didn’t put every captured German soldier on trial in a civilian court during World War II, and we shouldn’t be doing this now.

CENTER CITY (WPVI) — The trial of a man charged with shooting a police officer in West Philadelphia at point-blank range two years ago got underway Thursday in a Center City courtroom….

The trial for 32-Year-old Edward Archer opened today with statements from both the prosecution and the defense.

But even before that, as each charge was read, Archer – rather than entering a plea of guilty or not guilty – replied, “I don’t plead to anyone but Allah.”

Judge Leon Tucker then entered a plea of not guilty.

The prosecution said during the trial, jurors will see video, physical evidence, and hear from witnesses about the night of January 7, 2016.

Officer Jesse Hartnett was shot 3 times while sitting in his patrol car at 60th and Spruce in West Philadelphia.

His left arm was shattered by gunfire, leaving him unable to work as a police officer. Prosecutors say he has had 11 surgeries.

Police said video from the intersection shows Archer approaching the cruiser, charging the driver and firing 13 times. Prosecutors detailed how Hartnett kicked the door of his vehicle open and chased after Archer, firing 7 shots, one of which hit Archer in buttocks. Responding officers then arrested him nearby.

Authorities say Archer would later confess to the shooting, saying he did it in the name of Islam.

The defense, in its opening statement, hailed Officer Hartnett as a hero but asked jurors to put aside sympathy and emotion and focus on the law….