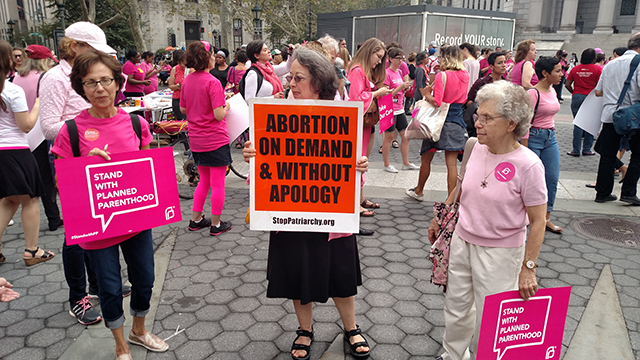 Planned Parenthood has begun offering transgender hormone replacement therapy drugs to minors under the age of 18.

The media is praising the move as a great leap forward.

SARASOTA, FL (WWSB) – Planned Parenthood is hoping to make life a little bit easier for the transgender community. They are now offering transgender hormone replacement therapy for those under the age of 18.

“We had a lot of parents actually reach out to us wanting to get care for the young people in their lives,” said Dr. Suzie Prabhakaran, Vice President of Medical Affairs for Planned Parenthood. “So we decided it was time for us to expand the care that we were providing to minors.”

Planned Parenthood has been providing transgender hormone therapy since October of 2016, but up until now that was for those 18 and older. They say transgender patients have a difficult time accessing care because a lot of doctors can be judgemental of those who are transgender. At Planned Parenthood, it all starts with an initial consultation.

“We talk to them about their medical history, why they’re seeking this care,” said Prabhakaran. “Then for most patients it’s providing prescriptions for medications that affect the changes they’re looking for.”

Studies show the majority of children who think they’re “transgender” grow out of it when they hit puberty. “There are 12 such studies in all, and they all came to the very same conclusion: the majority of kids cease to feel transgender when they get older,” Toronto Sexuality Center Director Dr. James Cantor reported earlier this month.

Those who are unfortunate enough to get conned into this scheme by their parents and the controlled media have this in store: