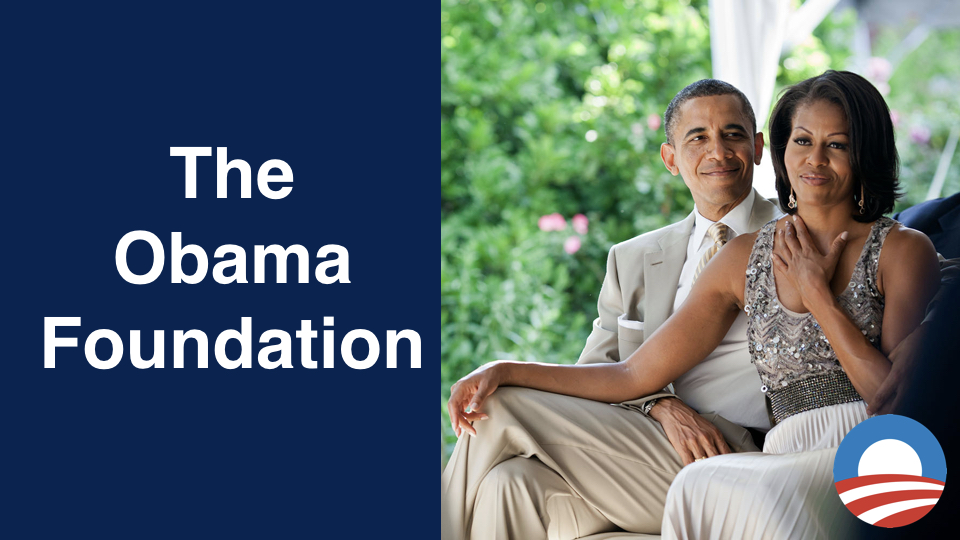 Isaac Green has a channel on YouTube called “Anti School“. His Anti School is also carried on The Washington Pundit blog, as you can see in the blog’s banner (click to enlarge):

In a recent Anti School video, Green interviews a man who claims Obama is a Luciferian. The man’s visage is concealed from the camera for fear of his life, and is identified as the co-founder of Washington Pundit and a “former manager” of the “Barack Obama Foundation”. (H/t Voat)

Note: The Washington Pundit does not identify its founders or even its posts’ authors by name. The blog’s “About” page is a blank.

There are two Barack Obama Foundations:

(1) The non-profit Barack Obama Foundation in Chicago was created in January 2014 to oversee the creation of the Barack Obama Presidential Center (or library) and the construction of its campus, in partnership with the University of Chicago. Curiously, the center will not be part of the presidential library network operated by the National Archives and Records Administration.

The Foundation’s “leadership team” makes no mention of a “manager”. The team consists of:

The members of the Foundation’s Board of Directors are:

(2) The non-profit Barack H. Obama Foundation in Virginia, which is about charity work for Kenya and unconnected to the construction of the Obama Presidential Center:

Green begins by saying that the Barack Obama Foundation is “a money laundering front” for “criminal activities”. This is what the interviewee (let’s call him Mr. X) said:

Who is Obama’s real dad?