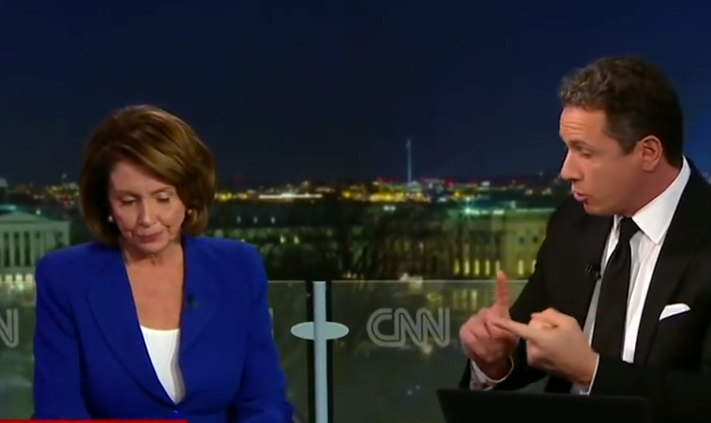 Big props to Chris Cuomo on this one! — It looks like CNN may be trying to redeem themselves after their two-year-long fake news fiasco

(INTELLIHUB) — Well, I have to admit, although I am not much of a Chris Cuomo fan I have to say he absolutely killed it during Monday night’s broadcast when he confronted House Minority Leader Nancy Pelosi on the memo. In fact, much props to Cuomo for his effort. His persistence may have even bumped CNN’s tarnished reputation back up one notch — or not. LOL.

In the interview, Cuomo sided with the American people for once in his life.

“I have to believe that it’s hard for the American people to have faith that anybody in this city [D.C.] where we are right now is out for the truth and not out for politics,” Cuomo told Pelosi. “I can understand why they [the American people] want it all released […] I can understand why they want it all out because they say ‘you know what we can’t trust you guys — let us read it — let us figure it out — you can redact the names — you can make it safe enough for us to look at’ because they say the same thing about you.”

‘They are talking about this memo like its the Holy Grail of the truth about what was going on during the campaign,’ he explained while the haggard minority leader fidgeted her jaw back and forth like a Tweaker on a hot summer day.

Pelosi looked nervous. So nervous as to which it almost made her look reptilian to some extent. Her makeup was just caked on.

“It’s not even true,” Pelosi pleaded. “They have made up a memo that isn’t even true and they are lying to the American people.”

Does this remind you of anything Nancy — like the Trump-Russia dossier?

Oh, you got a little taste of your own medicine there I see.