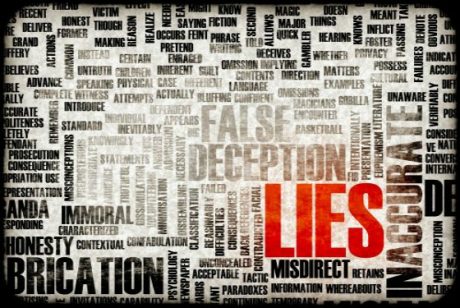 With the release of a controversial memo set to expose a litany of corruption throughout the FBI and the Justice Department just days away, the mainstream media has gone into disinformation hyperdrive in the hopes of discrediting the key information contained within the memo before it is even released.

In other words, the same mainstream media outlets who have worked tirelessly to destroy Trump at the behest of their deep state intelligence community masters are now doing everything in their power to discredit not only the memo itself, but also the politicians who have pushed for its release.

At this point it has become strikingly obvious that the mainstream media is truly scared of what is contained within the memo and are now willing to spread literally any lie in the hopes of advancing the laughable narrative that releasing a document to the public is anti-transparency.

While some media talking heads have taken to Twitter to meltdown over the FISA memos pending release, others have actually appeared on television to accuse House Intelligence Committee Chairman Devin Nunes of being a straight up Russian agent.

MSNBC, a network that has devoted itself to 24-7 anti-Trump disinformation since at least a year before his stunning election victory, led the charge with the networks co-host John Heilemann directly asking a Democratic member of Congress if Devin Nunes worked for the Russians.

Keep in mind, this insane accusation is being thrown out there because the deep state masters who control Heilemann’s network are melting down over the fact that their explicit corruption is about to be exposed to the entire country.

“I want to ask you a question that under almost any other circumstances would be ridiculous and absurd but under these circumstances I think is actually warranted,” Heilemann told Democratic Senator Chris Murphy.

In the sick world that is the establishment, exposing FBI and DOJ corruption against Donald Trump makes you an actual Russian agent.

For their part, CNN is similarly melting down over the memos pending release, with resident Clinton operative and CNN editor at large Chris Cillizza publishing a series of articles in which he claims that people like Andrew McCabe have done nothing wrong while also implying that releasing a memo to the public is anti-American, has never been done before, and is actually anti-transparency.

In his most recent post, which CNN is featuring as their top article of the day, Cillizza interviews an obvious intelligence community insider who is, you guessed it, against the memos release.

The piece essentially claims that the pending release of the memo is a “very big deal”, not because it exposes corruption, but because it will cause serious damage to the morale of those within the agencies involved.

Cillizza: Let’s say this memo is released. How will it land at the FBI and the broader intelligence community? And what — if any — are the long-term implications of doing something like this?

Cordero: The release of this memo under the process that is unfolding this week may cause serious damage to the relationship between the operational and policy professionals who work in the national security space in the executive branch, and the political leadership at the White House and in the House of Representatives.

There is an entire system of classification that exists to protect national security information. There are laws, policies and procedures. While many involved in the classification system understand that it is far from perfect, and needs to be improved and modernized, it is the system currently in place.

There are professionals throughout government who work every day to ensure that national security information is appropriately protected. Those who mishandle classified information — whether intentionally or deliberately — are subject to a range of serious consequences, from administrative to criminal prosecution.

Cillizza: Finish this sentence: “Releasing the memo publicly would be a _______ thing for the country.” Now, explain.

Cordero: “Releasing the memo publicly would be a sad thing for the country.”

Because it means that there is a real reason for Americans to have less faith that the components of their government are functioning in the American people’s best interests. The committee vote that already took place last night was a major crack in the credibility of an important American institution: HPSCI.

So there you have it. The mainstream media and their deep state masters are so scared of this memos release that they are actually claiming that it will be a “sad” day in the country when it is finally revealed and that it will somehow cause Americans to have LESS faith in their government.

You truly cannot make this type of epic level propaganda up and the fact that it is happening clearly shows that whatever is within the FISA memo, the anti-Trump movement does not want it revealed.