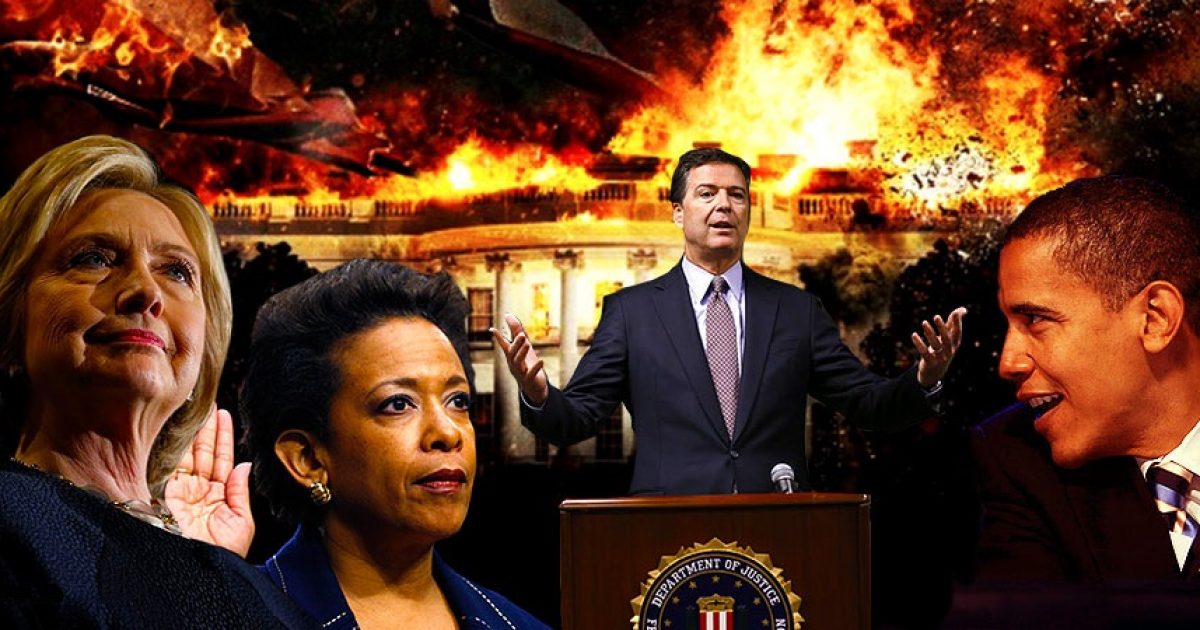 Will Mueller and his Clintonista hit squad manage to entrap President Trump in perjury before he can prod the DOJ to do a serious investigation of the Clinton mob?

In other words, will the Silent Coup succeed in overthrowing the President before the President can get his Deep State-infected DOJ to carry out a serious investigation of the Obama-Clinton-FBI CABAL that has been conspiring since before last year’s election to fix the outcome and since to nullify the results?

That is the question.

On the Silent Coup front:

The Mueller persecution continues to pursue President Trump to testify under oath, a pre-requisite to springing his perjury trap.   The President’s supporters hope and pray that he isn’t led to do so.   If his lawyers suggest it they should be sued for malpractice.   Instead, he should do as Clinton did. Ask for the questions in writing and respond in writing.   That way it isn’t under oath and everything can be vetted seven ways to sundown before it is transmitted to the inquisition.

On the trail of the plotters:

President Trump has called for the declassification and release to the public of the FISA Memo.   It hasn’t happened yet.

Trump has called for a renewed investigation of Hillary’s email debacle.   It is moving a glacier-like pace. You would have to drive a stake in the ground next to it to see if it is moving at all.

Trump has called for a renewed investigation of that money-laundering scheme of New York’s sixth crime family, the Clinton Foundation.   We haven’t heard anything new happening here yet.

Following tweets and statements from President Trump concerning the Uranium One deal between Hillary’s State Department and Russia the DOJ is supposedly looking into whether this was a case of classic Clinton pay-for-play.

All of this is, of course, being slow-walked by the Deep State in the DOJ and the FBI.   The Obama holdovers and the left-leaning civil service have the President in their crosshairs as he attempts to grab them by the short hairs.

In this race between the Mueller Star Chamber and our Star we all know which side the Progressive establishment in Congress, the courts, the media, and the civil service is on.   There are only us, the Deplorables, out here in fly-over country cheering on the first leader we’ve found who doesn’t shrink in the face of the left and their full court press.

Do something! Let him know that we haven’t deserted him and that we’re standing with him in his battle against this Silent Coup.

So America is off to the races.

Will the man elected continue to lead us into the future and make America great again?   Or will the reactionary forces of the status quo lead us back to managing America’s decline?

Dr. Owens teaches History, Political Science, and Religion. His books include; The Constitution Failed, The Azusa Street Revival, America Won the Vietnam War, and NEVER FORGET! You can follow Dr. Owens on Twitter and Facebook