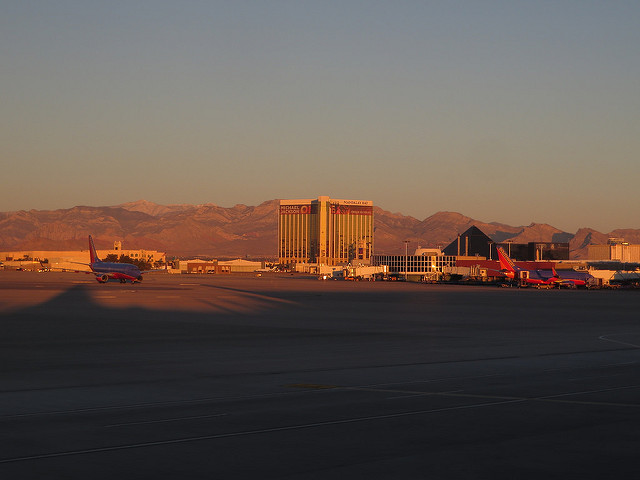 LAS VEGAS (INTELLIHUB) — The Austrailian concert producer Brian Hodge who claimed to be staying the Mandalay Bay room 32-134, the adjacent room to the alleged gunman Stephen Paddock, on the night of the 1 October massacre was not hiding in the bushes outside of the resort as he reported just 4 minutes after the gunfire had ended, according to GPS data supplied by Facebook.

The traveling producer changed the settings on his Facebook page to private on 2 Oct. after a plethora of news organizations and reporters started making contact. However, an archived version of Hodge’s page is still available which shows his posts and his location at the time of their posting.

At 8:51 p.m. on the night of the shooting, Hodge’s was “drinking and having dinner at Kumi Japanese Resturant and Bar” with his “team” in the MGM/Mandalay Bay complex.

In Hodges next post, at 10:29 p.m., just 4 minutes after the shooting had stopped, Hodge states: “There is a live shooter with a gun in my hotel in Vegas right now, but I got outside safely and hiding in bushes.”

However, this simply can not be true because the post was made from a minimum of 1.5 miles away (or more), from the city of Enterprise, which is south of Las Vegas and the Mandalay Bay.

At 1:13 a.m., Hodge claims he was “rescued by a SWAT team” but again he was already in Enterprise when the post was made.

Hodge, who told the Independent that he was in the casino at the time of the shooting also believed that he was staying in room 32-134 which official claim was rented in Marilou Danley’s name, the girlfriend of Paddock. Coincidentally, Danley is also an Australian.

“I was just laying on the ground. It was like a scene from a movie. The shooter was up above, we didn’t know where they were… I didn’t want anyone to know where I was so I just curled up and hid. It was the most terrifying moment of my life.,” Hodge told the Independent.

A receipt posted to Twitter by investigative reporter Laura Loomer shows that Hodge may have got the room number wrong and appears to confirm that Hodge booked room 32-314 and not 32-134 as it was originally reported.

Brian Hodge is a graduate of Stanford University and is a Director of Special Events at George P. Johnson Experience Marketing in the Greater Los Angeles area and has previously worked with Paramount Pictures and W Hotels, according to his Linkdin profile.