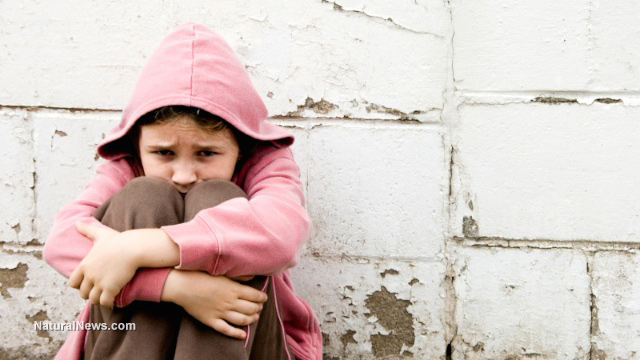 (Natural News) A 38-year-old Chicago man who recently confessed to sexually molesting three underage girls between the ages of six and eight appears to be trying to capitalize on liberalism’s acceptance of the “gender spectrum.”

Joseph Roman is reportedly claiming that he self-identifies as a nine-year-old trapped in a grown man’s body, which using liberal logic means he’s simply a misunderstood “trans-age” individual who’s being unfairly persecuted and discriminated against simply for being “different.”

Roman’s multiple acts of sexual assault against young girls aren’t, in fact, crimes, based on liberalism’s ever-evolving tenets of tolerance. They’re just unique expressions of the vast gender spectrum – representing just another “beautiful” shade of color in the rainbow of sexual identities.

This is the conclusion one would have to come to, of course, in order to be consistent in LGBTQ+ ideology. Who’s to say that Roman is a criminal when all he’s doing is “being himself?” We mustn’t judge him or discriminate for embracing his “sexual identity” as a pre-pubescent child, the left-wing narrative seems to claim.

When Roman was caught molesting an eight-year-old girl while her family wasn’t present, he wasn’t committing a heinous act of pedophilia (according to liberal ideology). He was simply “expressing himself,” and doing what comes “naturally” to him, right?

Or how about when he took advantage of another young girl who was staying with him while her hard-working mother worked the night shift? This was simply “kids being kids,” seeing as how Roman self-identifies as a child.

Leftists must be stopped from normalizing pedophilia perversion

If this all sounds nuts to you, or is making your stomach churn: that’s the point. None of these scenarios are actually happening in the case of Joseph Roman. But they very well could in the not-too-distant future, if “gender spectrum” madness takes its progressive course into “trans-ageism” and other bizarre realms.

The good news about Roman is that the courts are still regarding him as a pedophile, as he’s now being charged with a Class X felony – the most serious felony on the books besides first degree murder. But will it always be this way?

As you may recall, a 52-year-old Canadian man decided back in 2016 that he was going to change his gender identity to become a six-year-old “girl” – complete with a child’s dress and a pacifier.

Formerly known as Paul, he suddenly became a “she,” adopting the new name of “Stefonknee Wolscht” as his new monicker. And the family this deranged individual lives with reportedly accepted it all, referring to their new “daughter” as a “little girl” who plays with their other actual children.

In a more sane world, Paul (or whatever he’s calling himself these days) would have been immediately shipped off to a mental institution for deprogramming and serious medical intervention. But in this brave new world of gender “fluidity,” this dress-wearing lunatic is being embraced (at least by some) as just another normal person.

If you can’t see the slippery slope with all of this, then you’re just not paying attention. If Paul or Stefonknee or whatever can simply decide to be a little girl and receive acceptance, then what’s to stop this same unhinged individual from demanding acceptance of whatever form of sexual perversion might go along with it?

It seems as though it’s only a matter of time before such madness is pushed as “normal,” which is why the gender “fluidity” hoax needs to be nipped in the bud now. The truth that must be reiterated is this: There are only two genders, both of which are biologically defined, and age is a fixed thing that can’t be “changed” merely to suit one’s liberal fantasies. Find more news on the insanity of the “gender spectrum” at Gender.news.