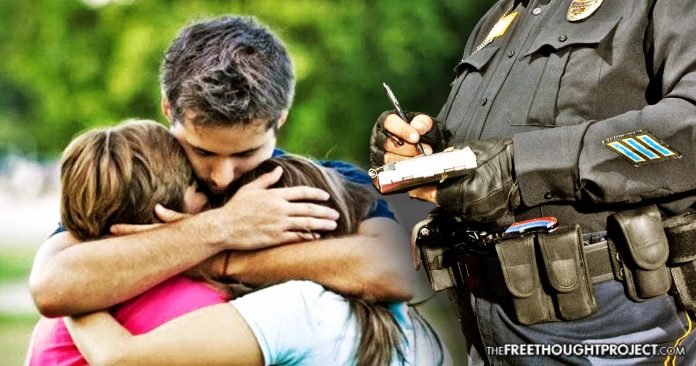 Lawmakers in the state of California are now pushing for families who homeschool their children to be subject to involuntary home visits from state employees—treating those parents with the same oversight and involvement that they would give parents who have abused their children.

The new regulations could consist of forced meetings with child protective services and other government agencies, which would leave the burden on the parents to prove to the government that they are fit to be parents who homeschool their children, according to the state’s guidelines.

As the Washington Examiner reported, if this increase in government oversight becomes law, it would “reduce the valid legal option of homeschooling from a fundamental parental right, to direct the education and school choice for children, to compelled consent to government intrusion upon the sanctity and privacy of the home and school choice.”

The push for increased government involvement is being justified by the case of David and Louise Turpin, a California couple facing 12 counts of torture after police learned that their 13 children were severely malnourished, forced to stay chained to their beds, and living in horrific conditions, among other forms of torture that have been ongoing for several years.

Instead of focusing on the tragic nature of the case, some Californians have insisted that the Turpin parents were only allowed to get away with such inhumane actions because they were registered homeschoolers—and they are also arguing that the Turpin family is not the only “homeschooled” family whose children are being tortured

Instead of considering the fact that the majority of parents who choose to homeschool their children do so because they have no faith in the public school system, the editorial board of the Sacramento Bee argued that in the same way parents choose not to vaccinate their children, the homeschooling movement “grew as an offshoot of counterculture, religious and libertarian interests.”

“Since last weekend’s arrest of David and Louise Turpin on suspicion of torture and child endangerment, Californians have wondered how such a thing could have gone for years undetected. The answer is that the couple exploited California’s lax home schooling laws to keep the authorities from finding out what they were doing to their kids. California law requires children aged 6 to 18 to attend a full-time school, either public or private. But there’s a loophole for parents who want sole control over their children’s education: Merely by filing an affidavit, they can register their homes as private schools.”

However, an editorial from the Washington Examiner claimed that forcing parents who homeschool their children to adhere to the same regulations as parents who have been convicted of child abuse is “absurdly unconstitutional.”

When reviewing data from some of the most revered psychological institutions in the country, the Examiner argued none of the sources listed “homeschooling as a risk factor for child abuse and neglect. In other words, there is no evidence or data to even suggest that homeschooled children are being harmed or at risk of harm at a rate higher than children in other non-homeschooled and private schooling communities.”

These kinds of alarming ‘solutions’ to an unfounded problem rises to the level of a government search of the family’s home and interviews of children, under the pretext that homeschool choice infers that parents are more likely to be child abusers. It’s a similar illogical path as inferring that because a person chooses to be an independent contractor as a legitimate employment option, they are more likely to evade tax filings, or because a person chooses to exercise any other valid legal option, they are doing so for some other unrelated nefarious purpose, and on that basis alone the government has grounds to treat them as suspect.”

In addition to the fact that requiring parents who homeschool their children to be subjected to involuntary home visits would interfere with their constitutional rights against warrantless searches, there is also the fact that this approach has not worked in the past.

Jaycee Dugard was kidnapped from her home in South Lake Tahoe, California, at the age of 11, while she was walking home from the bus stop after school. The man who held her hostage, tortured, raped, and impregnated her with two children was Phillip Garrido, a convicted felon and registered sex offender.

Garrido was still under parole at the time of the kidnapping, and despite that fact that he was visited by parole agents 60 times in the first 10 years, he held Dugard captive for more than 18 years in the backyard of his home in Antioch, California. A report from ABC News noted that “parole agents ignored 335 alerts that his device had lost its signal,” and they failed to check Garrido’s backyard where his device showed that he was spending a large amount of time.

The report also claimed that a few months after Dugard was kidnapped, a neighbor reported “seeing a young blond girl in the backyard who said her name was Jaycee,” and a parole officer reported finding a young girl in Garrido’s house in 2008, which was “a direct violation of his parole.” But in both cases, officers did nothing.

If officials in California failed to see the warning signs in the many visits they had with the convicted felon and registered sex offender who was holding a young girl hostage, why should they be given authority over law-abiding parents who make the legal choice to homeschool their children?