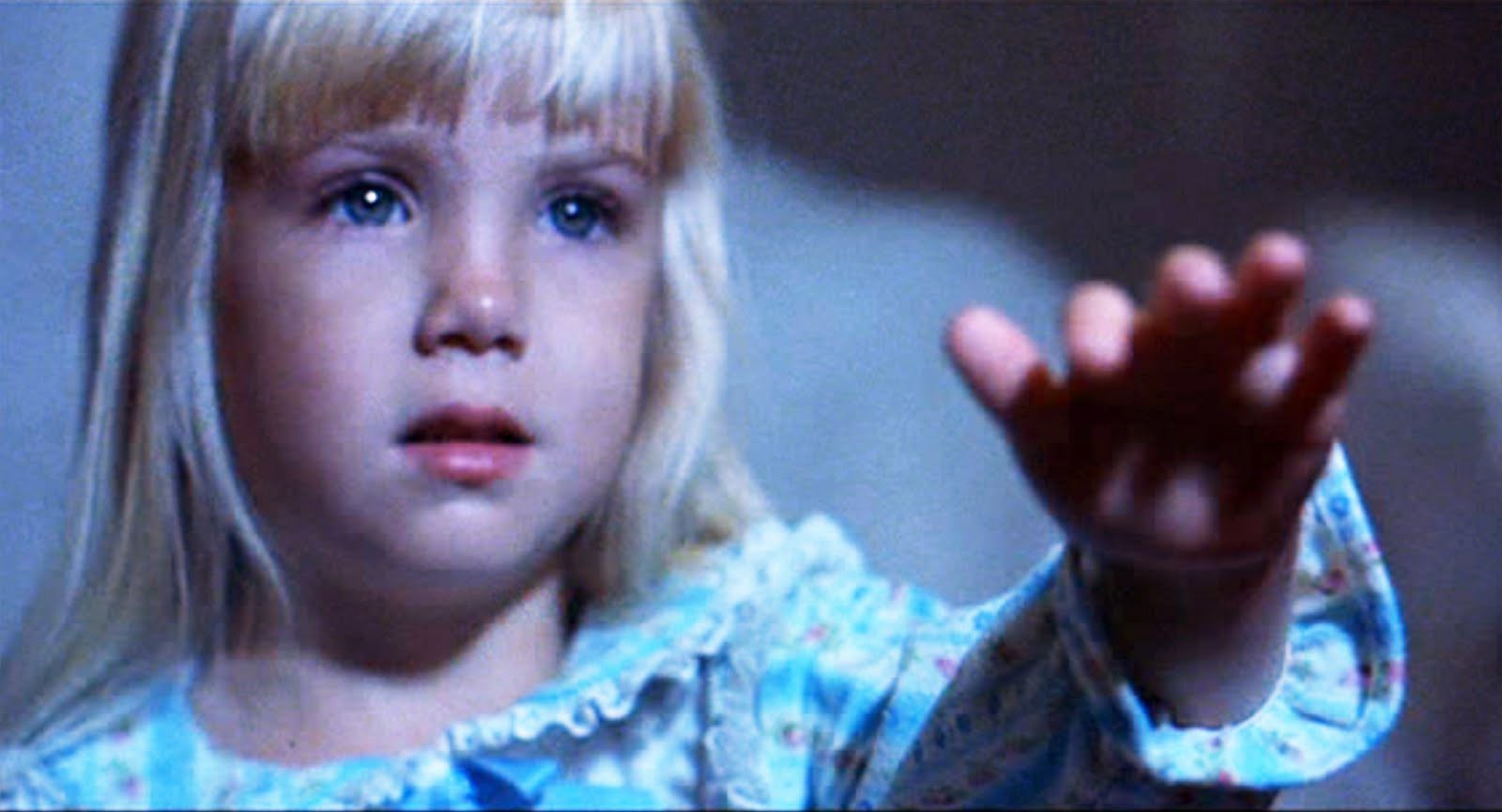 O’Rourke reprised her role as Carol Anne Freeling in Poltergeist II and III, and had a recurring role in the TV sitcom Happy Days (1982-83), as well as TV guest appearances.

In February 1988, at the age of 12, O’Rourke died of cardiac arrest and septic shock caused by a misdiagnosed intestinal stenosis (stenosis means abnormal narrowing).

O’Rourke became ill in early 1987 and was misdiagnosed by doctors at Kaiser Permanente Hospital as having Crohn’s disease. She was prescribed prednisone to treat the disease, which caused her cheeks to appear puffy and large.[19] On January 31, 1988, O’Rourke suddenly became ill again, vomiting and unable to keep anything in her stomach. The next morning, she collapsed while preparing to leave for the hospital and her stepfather called paramedics. O’Rourke suffered a cardiac arrest en route to the hospital, and after resuscitation, she was airlifted by helicopter to Rady Children’s Hospital in San Diego,[10] where she died later that day.

Speaking to reporters, O’Rourke’s manager David Wardlow initially announced that it was believed she died of influenza.[20][21] However, hospital spokesman Vincent Bond announced that O’Rourke died during surgery to repair an acute bowel obstruction (caused by congenital stenosis of the intestine)[22] complicated by septic shock;[3][23] this report was corroborated by the San Diego County coroner’s office on February 3, two days after her death.[24] Later reports changed the specific cause of death to cardiac arrest caused by septic shock brought on by the intestinal stenosis.

Note the changing and varying accounts of the cause of O’Rourke’s death.

O’Rourke’s mother filed a malpractice lawsuit against Kaiser Permanente. Below is an excerpt from the jury verdict:

All experts agreed that Heather’s congenital [intestinal] stenosis was a very rare presentation of a very rare condition and that it was not malpractice to misdiagnose the condition as Crohn’s disease. According to the expert testimony, a narrow bowel usually causes problems early in life, not for the first time at age 11, and it is rare to have few or no symptoms with sudden severe development of a life-threatening condition.

Crazy Days and Nights’ blogger calls himself Ent Lawyer (Ent=Entertainment) who says he’s never been sued. He is described by The Daily Beast as having a track record of accuracy. Investigative journalist Mark Ebner said this about Ent Lawyer:

“In my opinion, that’s what makes him so impressive, is that no one knows who he is, and he’s being proven right again and again. That’s like legendary shit.”

Below is the blind reveal on Heather O’Rourke.

Back in the mid-80’s was peak child molesting time in Hollywood. There was no internet. There were very very few mobile phones. Children came to the set where they were left alone by their parents. For the next 8 hours they were subject to every kind of horrible thing you can imagine. Drugs were commonplace. They were used to try and get the kids to not be so hysterical when being assaulted.

Producers loved casting shows with kids and tweens. If someone pitched a show that involved a handful of tweens with a dozen tween extras per week, it would get a green light. Even if the show was going to suck, and everyone knew it was going to suck, if you got the right pedo at a studio he would say yes just to come for the casting and taping of the pilot. As sad as it is to say, there were a lot of parents who told their kids to go off with the nice man in the suit and do what he says. It was a sick sick time.

It was just past the mid 80’s when a producer came up with the idea of a tween show that not only would feature a rotating cast of extras, but would make the studio a bunch of money because they would film quickly and not hire any adults. Further, the faster they filmed, the more time they would have to molest all the kids that would be hanging around.

From the first day, it was the worst place on earth if you were a kid. The studio where the show was filmed also had several other shows being filmed there, most of which featured lots of children. Executives would drive over to Hollywood right before lunch and would stay at the studio for several hours each day.

Anyway, on this particular show, there was a special guest star. A very special guest star. Still not a tween, everyone knew who she was. Executives flocked to the studio that day to see her. She was first molested when she was 5 or 6 and had continued to be molested throughout her hit movies and also on a previous show.

One of the stars of the show who has spent her life bouncing in and out of rehab because of what she saw, and who was actually nominated for awards from the show, described the atmosphere that day.

“A bunch of f**king pigs. I had just turned 12 or 13. I was the same age as the actress coming in. Maybe a little older. We had been shooting for months and I was old news. They knew I would do what they wanted, but they always wanted someone new. This was someone new and someone they all knew. They had it set up like a peep show almost. She had finished shooting that morning and they brought her out on a stage. The stage was used most of the time for a game show that was taped there. That game show is still on today. I can’t watch it knowing what happened to her there. They brought her out and the front four rows of this theatre were filled with guys who were already rubbing themselves. The girl was wearing a bikini. The show took place around a beach just so they could make these girls wear next to nothing. They had her walk around under the lights. The lights were focused on her and she couldn’t really see out to the audience. She was squinting. It must have been blinding for her. They had her walk back and forth. Then they had her start dancing. All of these guys were doing what another star at that same studio got busted for. This went on for about 20 minutes. Then three of the guys took her to a different area of the studio.”