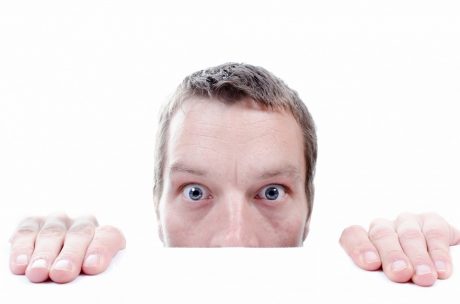 We figured that this was coming at some point.  We knew that as soon as the leftists in the Idaho media figured out that our numbers were surging they would bring out the claws.  And just like with Trump, they have completely discarded any pretense of being fair and objective.  A few days ago, an article by Chris Carlson was published in the Coeur d’Alene Press entitled “Will 1st District voters ever learn?”  It was supposed to be an article about the first candidate debate, but it ended up being a hit piece almost all about me.  If you have not watched the first debate yet, you can find the entire thing in very high quality video right here.  We were widely proclaimed to be the big winners of that debate, and now the other campaigns and the liberal media are totally freaking out.  Just like with Trump, they are all coming after us, and so we need your help more than ever.

If our campaign was irrelevant, they wouldn’t even waste their time attacking us.  So the fact that the liberal media is so determined to stop us is actually a very good sign.

But they could have at least gotten my name correct.  I haven’t used “Mike Snyder” in any setting for over a decade, and yet that is how this hit piece in the Coeur d’Alene Press identified me…

Of the three pandering to the far right the worst was Mike Snyder from Bonners Ferry. He is the living definition of a demagogue. He began his introduction by shouting “how many of you out there believe Hillary Clinton ought to be in jail?” Two thirds of the audience raised their hands, but one brave person shouted loudly “no.” “How many of you believe Robert Mueller should be fired?” Again, two thirds of the hands went up.

“How many of you believe the Federal Reserve Bank should be abolished?” Again two-thirds of the hands raised. Utterly unbelievable there are that many folks who get suckered by such rhetoric and not only don’t trust government, but hate all levels.

No, we do not hate government at all.  In fact, I love the very limited federal government that our forefathers originally established.  We need to get back to that constitutional framework, but that kind of talk is absolute heresy to big government liberals.

Another thing that is getting under the skin of the liberal media is the fact that I am pledging never to vote for any bill that gives funding to Planned Parenthood.  Here is more from the CDA Press hit piece…

Snyder continued his pandering by shouting that he would vote against any bill that contained as little as one penny for Planned Parenthood.

And I definitely did not shout.  It is just that the other candidates were so lifeless that anyone with even an ounce of passion or energy would have seemed a bit out of place in that setting.

I am not ashamed to be passionate about saving the unborn, and if you want to send a strong pro-life advocate to Washington please help us win on May 15th.  Nobody in this race is going to fight for the unborn like I will.

Later, he implored the audience to drive the RINOs out of the Republican party and he accused Arizona Senators John McCain and Jeff Flake of being RINOs.

In this case, I am guilty as charged.

John McCain is a major RINO, and he has got to go.

And I am so glad that Jeff Flake is not pursuing another term, because he has been a complete and utter disgrace to his party, his state and his country.

Near the end of the article, Carlson rated the performance of all of the candidates at the forum on a scale from 1 to 10.  The liberal candidates got the highest scores, and the conservative candidates received the lowest scores.  So in a really twisted way, Carlson actually told conservatives exactly who they should be voting for…

Leroy’s experience separated him from Malek and Perry. His answers were more specific and his knowledge of the issues deeper. If grading the top three on a scale of one to 10, I’d give Leroy an 8, Malek a 6 and Perry a 5. On the other side, Henderson gets 3, Fulcher a 2 and Snyder a 0.

This is what we are up against guys.

I never said this would be easy, but the good news is that our numbers are surging.  This race continues to tighten up, and well over half of all voters are still completely undecided.

This race is going to be decided between right now and May 15th, and we desperately need more fuel in the tank.  We know exactly what we need to do in order to win this race, and I would share some of that strategy with all of you here, but unfortunately we also know that spies from the other campaigns read these articles.

The bad news is that we do not currently have the resources to do everything that needs to be done in order to win, and so I am asking for your help.  A PAC that spent more than 7 million dollars trying to keep Donald Trump out of the White House has started to bundle contributions from donors and pour them into the campaign of one of my main opponents, and that is a major threat.  If we want to win this thing, we need to try to keep pace with that kind of fundraising, and so I am asking all of my readers to consider donating at least 50 dollars today.

We don’t have to raise more money than the other guys in order to win, but we need to be at least on the same playing field.  We have the most conservative campaign, we have the best message, and we have the power of the Trump movement behind us.

Our campaign is the one that is currently surging, and that is why the elite here in Idaho are freaking out.  Just like with Trump, they don’t want us to succeed, but we are going to win this election anyway.