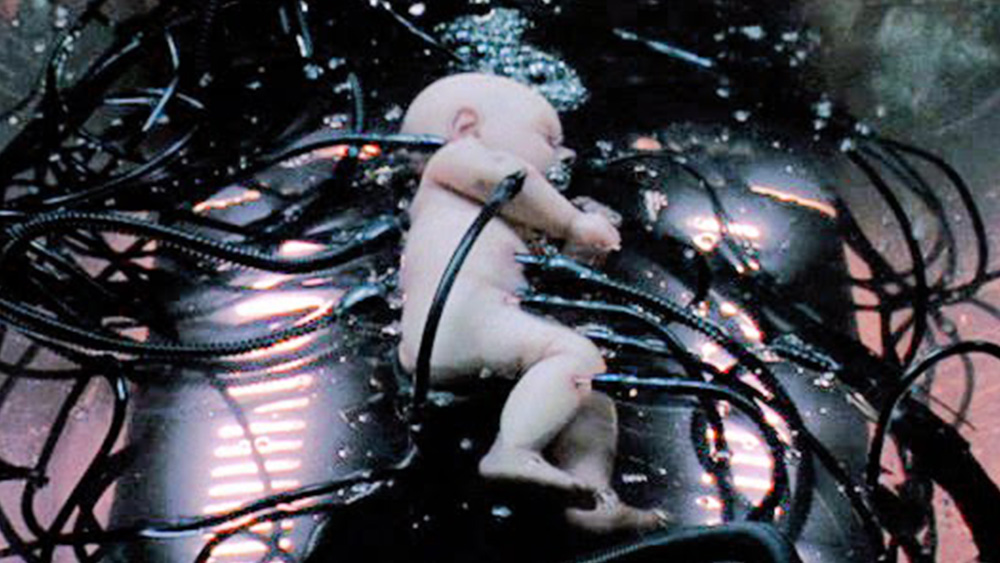 (Natural News) A new “recycling” technology called “bio-cremation” liquefies the dead, then dumps their liquid remains into city sewers where solid and liquid waste are collected as “biosludge” to be dumped on food crops. Those crops, in turn, are fed back to humans as part of the mainstream food supply.

In a shocking true story that’s part The Matrixand part Soylent Green, a company based in Smith Falls, Ontario has devised a “bio-cremation” system that it calls an “eco-friendly alternative to flame-based cremation or casket burials,” reports Canada’s CBC News. The company is called Hilton’s Aquagreen Dispositions and touts its approach to dissolving dead bodies as “eco-friendly alkaline hydrolysis.”

According to CBC News, dead bodies are liquefied with a “process that blends water with an alkali solution…” The company’s website describes the body liquefaction process as follows:

Bio Cremation creates a highly controlled and sophisticated environment that uniquely combines water, alkali, heat and pressure. This process biochemically hydrolyzes the human body, leaving only bone fragments. During a typical Bio Cremation cycle, the body is reduced, bone  fragments are rinsed and the remaining by-product is a sterile fluid.

There’s no mention of handling the mercury and other toxic heavy metals that would survive such a process, of course. Those metals would obviously end up in the city’s sewer system.

“The company came under fire in 2016 when it was revealed the liquid byproduct is then drained into the town’s sewage system,” reports CBC News (Canada):

Liquefied human remains to be dumped on food crops

As Natural News has extensively documented, cities across North America — including Toronto — collect sewage into so-called “biosolids” or “biosludge,” which is trucked out of the city’s sewage treatment center and dumped on food crops in rural areas.

See the trailer for the upcoming film Biosludged for more details on this alarming process that spreads toxic heavy metals, pharmaceutical chemicals and industrial pollutants onto crop soils:

In effect, the practice of “bio-cremation” means that dead humans would be liquefied and fed to plants which are then eaten by other humans. This process is almost militantly called “recycling” by proponents of biosludge and bio-cremation operations. It’s all pushed under the agenda of “green living.” Soon, it will no doubt be part of “Agenda 21” and the globalist push to kill off 90% of the human population on the planet while feeding the dead to the living. (See Depopulation.news or Eugenics.news for more coverage.)

Perhaps the “bio-cremation” process wouldn’t be so bad if humans weren’t already so heavily contaminated with toxic heavy metals like mercury, cadmium and lead. But thanks to the relentless contamination of the food supply, personal care products and medicines with toxic substances, most humans are so saturated with toxins that eating them would make you sick.

A more accurate description of eating recycled dead people might be “cannibalism.” Or, in the case of feeding dead people to plants and then eating the plants, it might be called “cannibalism one-step removed.” While from a scientific point of view, the idea of recycling nutrients of dead bodies back into food crops may not seem outlandish, from a humanitarian and dignity point of view, something seems incredibly inhumane and deceptive about calling it “recycling.”

By the same logic, humans should also be eating their own recycled feces and calling it “green living.” Oh wait, a new technology developed for space travel will allow astronauts to achieve exactly that: Eating their own feces. See Hey, this space lasagna tastes like crap! Astronauts to eat their own microbe-recycled human waste in latest science “breakthrough”.

The good news about all this, we’re told, is that relatives of the dead can reclaim titanium implants and other metals from the body after the liquefied remains are flushed into the city’s sewer system. “Items such as titanium implants and pacemakers can be recovered for recycling at the conclusion of the process,” touts the Hilton’s Aquagreen Dispositions FAQ page. Oh, and you also get to pick up the remaining bones, which are, “safe to handle with bare hands immediately after the process,” says the company. Yippee. This is apparently a “bonus.”

If the liquefied remains of the dead weren’t dumped back on food crops to complete the cannibalism cycle, the practice of “bio-cremation” might not seem so horrifying. But even according to the same CBC news site that reports on bio-cremation, “Of the biosolids produced across Canada each year — some estimates suggest that is about 660,000 tonnes of dried material  — about half is applied to land… the practice of spreading human manure on agricultural land is not without controversy.”

Just wait until they find out all their dead relatives have been liquefied and added to the biosludge. It gives a whole new meaning to the term, “Human waste.”

But is it maybe better than pumping dead bodies full of toxic chemicals and burying them in graveyards?

On the other hand, the current practice of pumping dead bodies full of toxic chemical preservatives and burying them in cemeteries inside overpriced wooden caskets also seems insane. It makes us wonder: Why hasn’t modern civilization come up with a dignified, eco-friendly way to honor the dead without either contaminating the soil or eating their remains?

It turns out the real answer is as old as human life itself: Bury your loved ones without injecting them with toxic chemicals first, and let nature reclaim the molecules with the help of soil microbes. It requires no electricity, no pressure chamber, no added heat, no artificial chemicals, no overpriced casket and no makeup for the body. Oh yeah, it’s also the way people have handled dead bodies for nearly the entire history of human civilization.

Maybe we should just go back to that. Or, if you’re an “environmentalist,” you could eat dirty, contaminated crops grown in the liquid remains of your loved ones. Maybe they’ll call that, “Humanponics.”