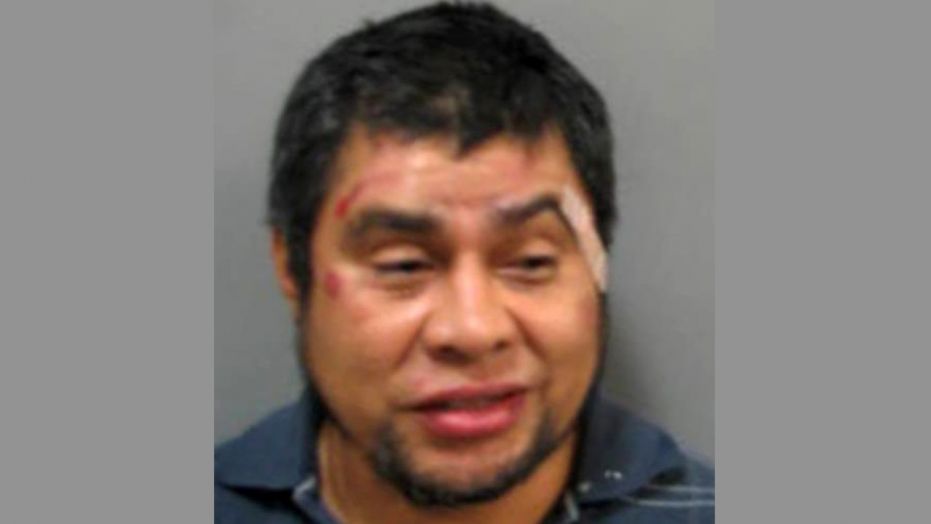 When immigration opponents say America is being used as a “dumping ground” for the Third World, that’s not just a figure of speech.

An illegal immigrant caught urinating in public in Maryland used a box-cutter to viciously attack a man who suggested he use a bathroom, according to a report Tuesday.

The victim was treated for slash wounds to his neck, face and stomach after the attack, which occurred two months ago at a bus terminal in Montgomery County outside Washington, WJLA-TV reported.

The accused attacker, Salvador Gomez-Lopez, 46, of Montgomery County, was allegedly drunk and belligerent at the time, the station reported.

Court records show Gomez-Lopez was arrested on two counts of assault, public intoxication and possession of a dangerous weapon with intent to injure. He was indicted a few weeks later. A judge called his case last week but he was not present for the conference. He has an April trial date and is being held on $5,000 bond.

A spokeswoman with Immigration Customs and Enforcement told Fox News on Tuesday that Gomez-Lopez was in the U.S. illegally from El Salvador.

Montgomery County is a sanctuary jurisdiction where illegals are above the law and enjoy more rights than citizens.

The station reported that, according to police, Gomez-Lopez was “uncooperative” and gave arresting officers a phony name when he was questioned.

Court records show he is the father of two children and was working part-time for a relative doing odd jobs, the station reported.

You just know we’re paying for those kids while he urinates on our country both literally and figuratively to show his thanks.

“Gomez-Lopez is scheduled for a three-day trial in Montgomery County Circuit Court in early April,” WJLA reports. “The Maryland Office of the Public Defender is representing him. He faces up to 38 years in prison on charges of first-degree assault, second-degree assault and carrying a dangerous weapon with the intent to injure.”

Seeing as how his bond is only $5,000, odds are he’ll post bond and skip out of the country — if that’s even necessary.