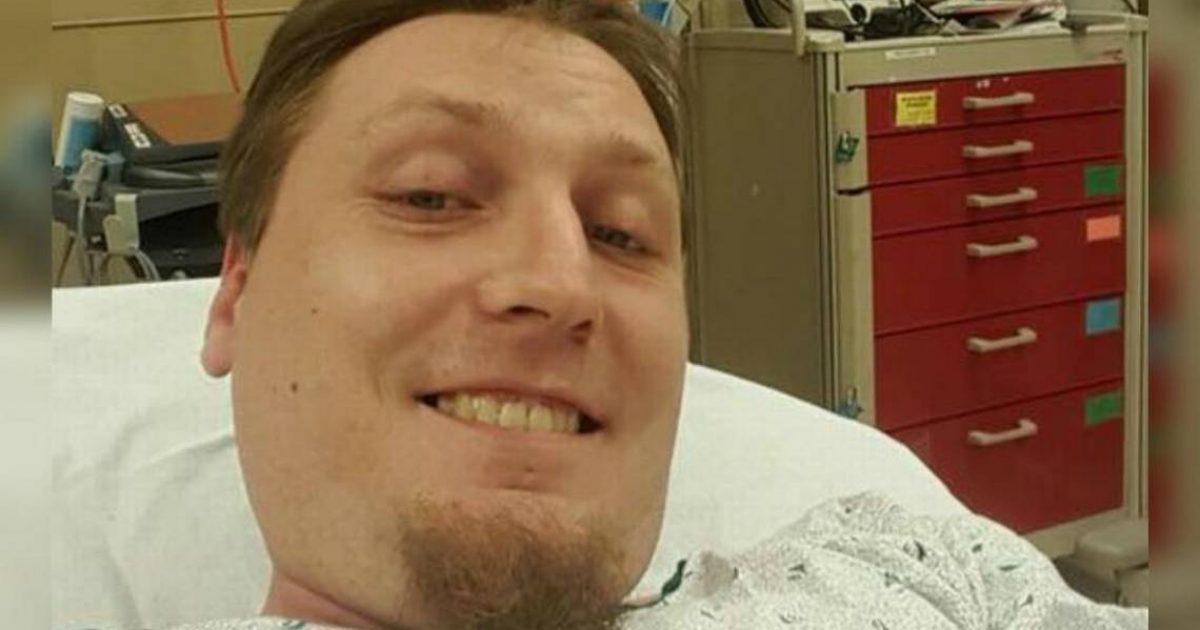 No, this is not Ferguson, Missouri.  It’s Independence, and it’s not a young black man, it’s a white husband and father.

Mike Becker, 31, saved his wife, his daughter at about 30 strangers at a Dollar General from an armed robber on Tuesday.

Becker’s wife called him to inform him that a man with a gun was threatening the patrons.

Mr. Becker arrived on the scene to discover the armed man beating on the glass doors while the people inside were huddled near the back.  He then drew his gun and rushed to put himself between the man and the people inside.

“The only thing in my mind was my baby and wife,” he said. “There was no way the gunman was getting in that store.”

The Kansas City Star reports what happened next.

When police arrived minutes later, witnesses said, Becker dropped his handgun, raised his hands — and then an officer with a rifle shot him in the hip.

The gunman Becker confronted was initially concealed from police behind a cooler, said Raymond Watts, 28. The Kansas City man said he was in a vehicle with his two children on 23rd Street near the store.

“I was figuring, ‘How the hell do they shoot him?’ He never pointed a gun at the cops,” Watts said. “He complied with everything they said … and then you heard a pop.”

Gunfire then broke out between police and the gunman, who was wounded, said Watts and his girlfriend, Whitney Thomas of Raytown.

No officers were injured.

Whitney Thomas, also told the Kansas City Star that Becker’s gun was clearly on the ground at the time police opened fire. “His gun was on the ground. He didn’t have it in his hands any longer,” she said.

“I understand as police you have to put your life on the line … but to take it into your own judgment to shoot an innocent man when he didn’t fit the description?” Thomas added.

Some of those that Becker saved were shouting at the police officers that they had shot an innocent man, and Becker’s wife, Amber, said that some were mentioning to her daughter that her father was shot and killed.

Both Becker and the robber were wearing two different color jackets and while Becker is heavier, the gunman was much more slender. Becker complied with the orders to drop his weapon as the other man proceeded to fire at police.

John Syme, a spokesman with the Independence Police Department, would not say much on Saturday except that police responded to a call of an armed robber and that when they got there both men were armed.

Sounds to me like we have a trigger happy policeman looking for a reason to shoot his rifle.

In a followup story, The Star reported:

Investigators canvassed the area for surveillance footage from surrounding businesses. An employee at the nearby Church’s Chicken, located across the street from the Dollar General, said police had obtained video from the restaurant.

Syme said any dashcam footage or business surveillance footage would likely not be released to the public “to preserve the integrity of the investigation.”

Independence officers are not equipped with body cameras, he added.

Well, dashcam footage should really be enough, don’t you think?

Will the truth actually come out in what took place here?  Watch the video below.