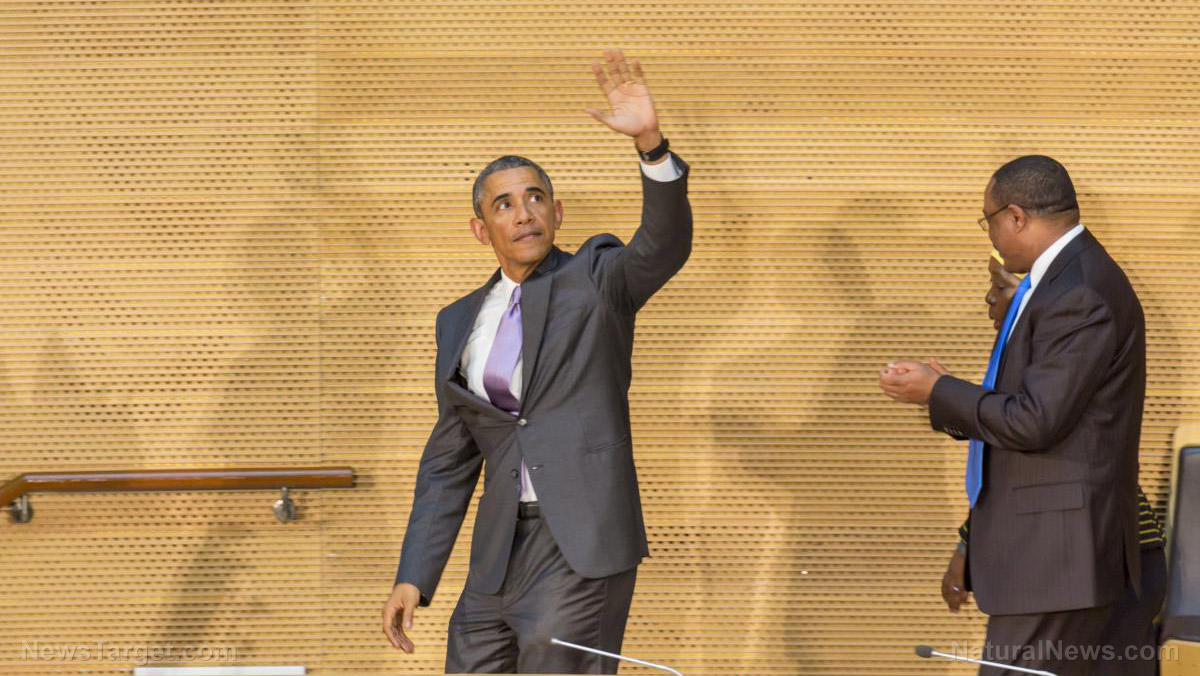 “FBI lovers” Peter Strzok and Lisa Page exchanged tens of thousands of messages that the discredited FBI tried to hide from present-day congressional investigators, but those messages were recovered and have been slowly leaked to the media. The latest leak reveals that Obama “wants to know everything” about the Hillary Clinton investigation, confirming that Strzok and Page — both likely facing serious criminal indictments related to treason — prepared to brief Obama on the details of their criminal operation to exonerate Hillary.

The bombshell story was broken by Fox News:

Newly revealed text messages between FBI paramours Peter Strzok and Lisa Page include an exchange about preparing talking points for then-FBI Director James Comey to give to President Obama, who wanted “to know everything we’re doing.”

The message, from Page to Strzok, was among thousands of texts between the lovers reviewed by Fox News. The pair both worked at one point for Special Counsel Robert Mueller’s probe of alleged collusion between the Trump campaign and Russia.

Page wrote to Strzok on Sept. 2, 2016, about prepping Comey because “potus wants to know everything we’re doing.” According to a newly released Senate report, this text raises questions about Obama’s personal involvement in the Clinton email investigation.

In texts previously revealed, Strzok and Page have shown their disdain for Republicans in general, as well as Trump, calling him a “f—ing idiot,” among other insults.

See all the documents yourself at this Senate.gov link.

Obama lied to America, said he “guaranteed” he would not get involved in the FBI’s investigation of Hillary Clinton

To the surprise of no one who is fully informed of the criminality and treasonous actions of Barack Hussein Obama, the former president “guaranteed” he wouldn’t get involved in the FBI’s investigation of Hillary Clinton. We now know he lied, but this is routine for Obama, who constantly lied to the American public about almost everything that mattered.

Here’s exactly what Obama said in a 2016 interview, courtesy of Grabien news:

OBAMA: “I can guarantee. I can guarantee that not because I give Attorney General [Loretta] Lynch a directive, that is institutionally how we have always operated. I do not talk to the Attorney General about pending investigations. I do not talk to FBI directors about pending investigations. We have a strict line and always have maintained it. I guarantee it. I guarantee that there is no political influence in any investigation conducted by the Justice Department or the FBI, not just in this case but in any case. Period. Nobody gets treated differently when it comes to the Justice Department because nobody is above the law.”

WALLACE: “Even if she ends up as the Democratic nominee?”

OBAMA: “How many times do I have to say it, Chris? Guaranteed.”

“You know, this previous administration—the Obama administration—micromanaged everything out of the White House,” warned Rep. Paul Gosar (R-AZ) in a Breitbart News Daily interview. He went on to add:

And I challenge people, remember the Syrian strikes that were actually handpicked and dictated by the president at that time. This gentleman was involved in everything. That’s where all this leads. When you look at the cover-up with the email scandal with Hillary Clinton, it gets—it should have pointed out exactly what we’ve been talking about, that this was the weaponization of our Justice Department not only to cover up for the previous administration and the wrongdoing and ills of them and those associated with them, but also to attack a sitting president—actually a candidate at the time, then president-elect and then a current, sitting president you know of an opposition party. This is outrageous, and you are exactly right we have got to get to the bottom of this so that people are held accountable because that is what America wants.

With the revelations found in these shocking texts, however, we now know that Obama lied to cover up his complicity in the FBI’s treasonous activities to alter the outcome of the election. As the UK Daily Mail reports:

An FBI lawyer wrote in a text to her lover in late 2016 that then-president Barack Obama wanted updates on the Hillary Clinton email investigation.
Two months before the presidential election, Lisa Page wrote to fellow FBI official Peter Strzok that she was working on a memo for then-FBI director James Comey because Obama ‘wants to know everything we’re doing.’

The September 2, 2016 text message was among more 50,000 texts the pair sent during a two-year extramarital affair.

Strzok was the lead investigator on the probe examining Clinton’s illicit use of a private email server to handle her official State Department messages while she was America’s top diplomat. He was later a member of special counsel Robert Mueller’s team investigating alleged links between Donald Trump’s presidential campaign and Russia.

Could Obama face criminal charges for his role in the FBI cover-up?

It’s unlikely that Obama could face criminal charges, because the actions of a sitting president enjoy significant constitutional protections. Hillary Clinton, however, is clearly facing multiple criminal indictments for obstruction of justice, destruction of evidence, violation of national security protocols, selling of influence (corruption) and more. Although the investigation may take 1-2 years, if evidence and the law are followed, Hillary Clinton will eventually end up indicted on multiple felony charges.

“The tide is turning and the real crooks are slowly being identified,” reports The Gateway Pundit. “Corrupt lovers Strzok and Page both worked at the FBI.  As a matter of fact, they were both very high up at the FBI and are both very corrupt.  Strzok is famous for his activities in protecting Hillary Clinton from criminal charges in 2016.”

Follow more news on the corruption and criminality of Hillary Clinton at Clinton.news.