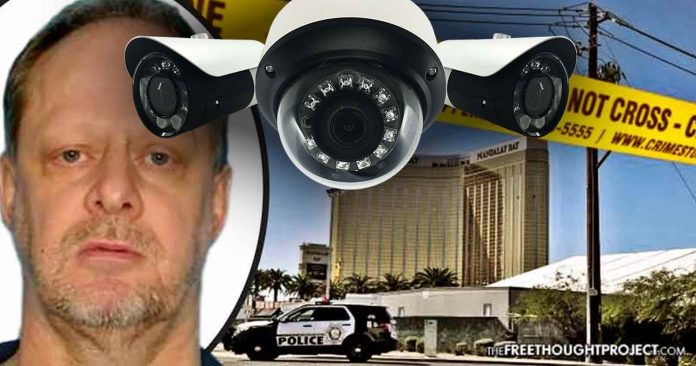 Las Vegas – More than four months after the deadliest shooting in modern U.S. history, a judge has ruled that police must release 911 calls, the remaining Body Cam footage from their officers and other records within the next 30 days. But the repeated requests for the release of the Mandalay Bay Hotel’s surveillance footage seem to have been ignored once again.

Nevada state court Judge Richard Scotti ruled that the records must be released to the media outlets that have been requesting them—with the first requests coming in hours after the Oct. 1 shooting—but that the department is allowed to redact the names, social security numbers and “portions of videos in which people could be easily recognized.”

The judge also argued that the practice of “wholesale withholding of documents” while claiming that they are all confidential, “suggests to this court that records have not been sufficiently scrutinized.”

While it is likely that additional body camera footage from the officers on the scene and initial reports from witnesses who called 911 will give meaningful insight into the mass shooting, Judge Scotti is leaving out one of the most crucial pieces of evidence—the surveillance footage from Mandalay Bay.

As one of the most popular casinos in Las Vegas, there is no doubt that Mandalay Bay is armed with a number of surveillance cameras that would have captured suspect Stephen Paddock entering the hotel in the days before the shooting, with enough luggage to conceal dozens of guns, more than 1,500 rounds of ammunition and other supplies.

In the days after the shooting, former chief executive of Wynn Resorts, Steve Wynn, suggested that Paddock may have escaped public attention by taking the service elevator, a perk typically given to “high rollers.” While that may explain why he did not raise any red flags when he initially arrived at the hotel, that does not explain why hotel staff members visited Paddock’s room at least 10 times in the days leading up to the shooting and noticed nothing out of the ordinary.

While there have been a number of significant changes in the timeline of the massacre, one of the most glaring changes revolved around the account of Mandalay Bay Hotel security guard Jesus Campos, who was reportedly injured by Paddock. Campos went from being just another causality in the shooting to Paddock’s first victim, who was shot only once in the leg, despite the fact that the shooter reportedly fired 200 rounds down the hallway in his direction.

Attorney Craig Eiland, who is representing a number of the victims, revealed in November that not only did police officers respond to Campos after he was shot, they were right outside of Paddock’s door before he began shooting out of his hotel room window.

“As of yesterday it was that two—we knew about Campos—but there were two other police officers from MGM that were on the floor prior to the shooting,” Eiland said.

While the pending release of 911 records and body camera footage from the night of the shooting is a decent start, the release of Mandalay Bay’s surveillance footage—especially from the 32nd floor in the hours surrounding the shooting—has the ability to reveal significant facts that could finally give answers to the many families who are mourning the loss of their loved ones who died in the massacre.