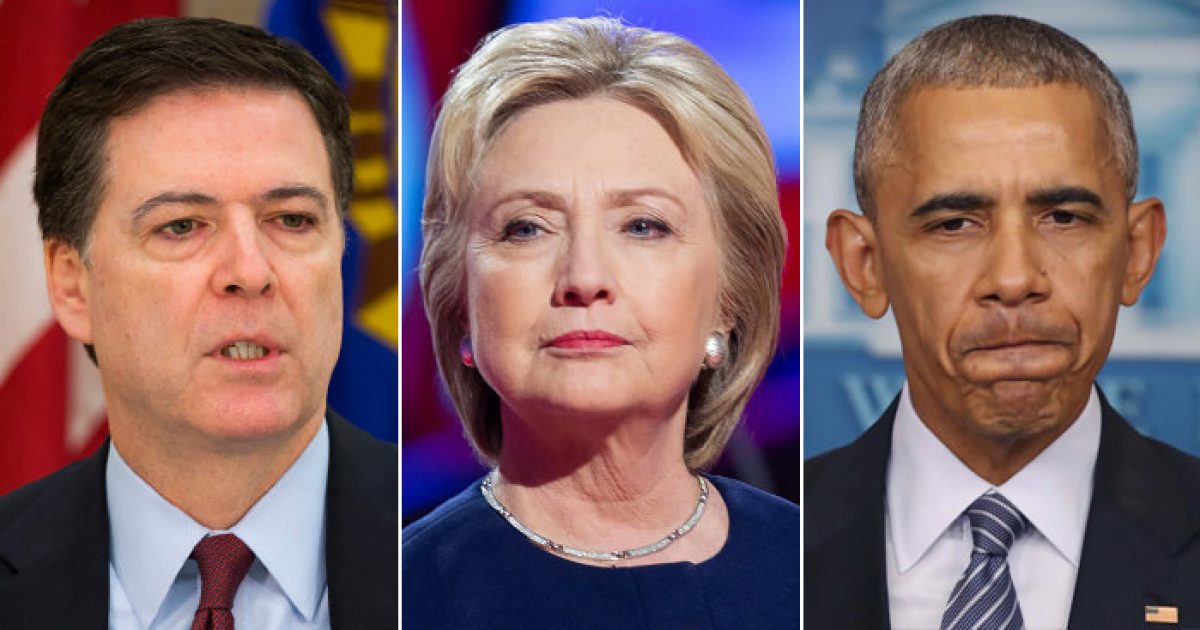 Oh, the lovers’ texts that out the criminals!

With the new release of FBI texts it becomes clearer that the Obama administration was merely altering the truth just as they did in Benghazi and other scandals they faced.

These texts are indeed bombshells, to use President Trump’s language.

FBI Agent Peter Strzok told his lover, bureau attorney Lisa Page, in texts on June 30, 2016 about draft statements that then-DBI Director James Comey was toying with in order to clear Hillary Clinton of her crimes against the American people and endangering national security.

Strzok, who led the investigation into Clinton, stated, “[Comey] changed President to ‘another senior government official.’”

Here’s the text of the statement.

“With respect to potential computer intrusion by hostile actors, we did not find direct evidence that Secretary Clinton’s personal email system, in its various configurations since 2009, was successfully hacked,” the text read.  “But, given the nature of the system and of the actors potentially involved, we assess that we would be unlikely to see such direct evidence.”

“We do assess that hostile actors gained access to the private commercial email accounts of people with whom Secretary Clinton was in regular contact from her personal account,” the text continued.

That raises serious questions right there.  How were hostile actors able to access private commercial email accounts of people Hillary contacted via her unlawful and unsecure server, but they were not able to access Hillary’s personal account?  That just doesn’t make any sense.  however, see below.

“We also assess that Secretary Clinton’s use of a personal email domain was both known by a large number of people and readily apparent,” the text reads.  “She also used her personal email extensively while outside the United States, including from the territory of sophisticated adversaries.”

The original text then concluded, “That use included an email exchange with the President while Secretary Clinton was on the territory of such an adversary.  Given that combination of factors, we assess it is possible that hostile actors gained access to Secretary Clinton’s personal email account.”

Peter Strzok & Lisa Page text exchange about how the FBI changed Comey's statement re: HRC's emails to ensure it wasn't tied to BHO in any way. pic.twitter.com/nfVpT2SAMO

The mention of the President, whom I will only refer to as the usurper-in-chief or Barack Hussein Obama Soetoro Sobarkah due to his fraudulent documents, was altered to “another senior government official.”

I have a simple question, is this not obstruction of justice?  Is this not deceiving the American people concerning a clear criminal act on the part of Hillary Clinton, those who knew and used her email server, and now criminal activity on the part of the FBI to cover it up?  I think it is, but what I really want to know is, when are there going to be indictments and arrests and justice brought to bear on the guilty traitors in our midst?