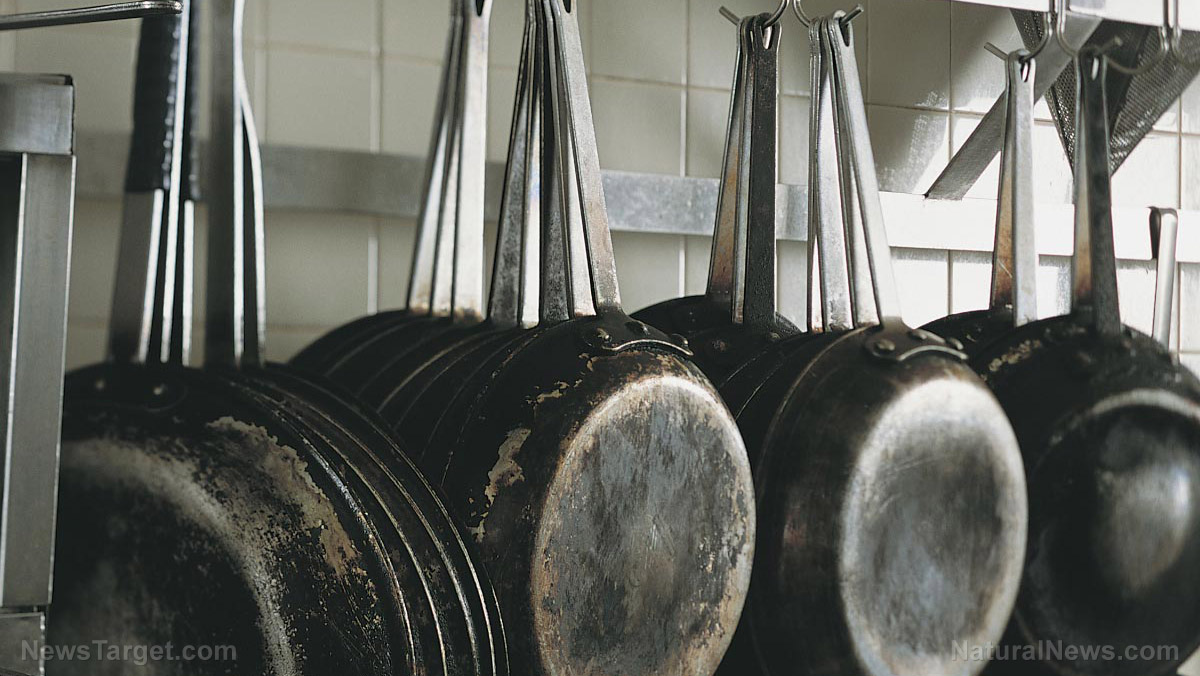 (Natural News) Few things are as ubiquitous in modern kitchens as nonstick cookware; from frying pans to baking dishes and a host of other accouterments, you’d be hard-pressed to find a kitchen without something brandishing a nonstick coating. While it may seem innocuous, that’s probably because corporations like DuPont have the money, influence and power to keep the health risks of their toxic products under wraps — at least, until the cancers and other illnesses become too common to ignore. Indeed, their flagship product, teflon, may provide ease and convenience for household chefs, but such convenience rarely comes without a price.

And when it comes to teflon, the price tag is sure to send you looking for grandma’s cast iron skillet. DuPont’s toxic legacy has left a trail around the United States — with some of the most visible harm taking place in the Midwest and along the Mississippi River. The after-effects of teflon production are so profound that a whole region of the country is dubbed “Cancer Alley.”

One chemical used to produce teflon, known as “C8,” has been linked to six different diseases, including kidney cancer and testicular cancer. C8 is so prevalent that nearly every American citizen has traces of it in their blood, and maybe even the entire world. C8 first made its debut in teflon manufacturing back in 1951 — and because of its remarkable resistance to biodegradation and its tendency to easily escape into the air, it’s been accumulating in the environment ever since. While C8 was eventually phased out, many people are still reeling from its deleterious effects.

Earth Island reports that “DuPont had dispersed almost 2.5 million pounds of C8 from its Washington Works plant into the mid-Ohio River Valley area” by the year 2003.  And before environmental laws were put in place during the 1970s, DuPont’s practices were even worse.

Another report by the federal government found that one of DuPont’s plants had violated the Clean Air Act at least 50 times.

In 2016, the states of Ohio and West Virginia filed more than 3,500 personal injury and wrongful death suits against DuPont. Carla Bartlett, a 59-year-old secretary and mom from West Virginia, was the first of DuPont’s victims to have her day in court. She told the Ohio federal jury about the cancer she developed nearly 20 years ago, when she was just 41. Bartlett had kidney cancer, and underwent an operation which saw her “virtually cut in half” as doctors worked to remove the tumor and part of her rib.

“It’s never out of my mind, because you worry constantly about it,” Bartlett said.  “And then I have the reminder of the scar, every day, that, you know, this… this is… this was cancer; this could come back,” she added.

After just one day of deliberation, the jury decided DuPont was indeed liable for Bartlett’s cancer; they agreed that DuPont had “negligently contaminated her drinking water supply in Tuppers Plain, Ohio with a toxic chemical formerly used to make its signature brand of nonstick coating: Teflon.”

As Earth Island explains, proving that DuPont was responsible for Bartlett’s cancer (and who knows how many others’) took many, many years of research, litigation and luck. There is little recourse for doctors and health officials looking to track down carcinogenic and other hazardous substances; thousands of chemicals are used daily in America, and many of them go without any sort of meaningful safety testing.

But now, evidence that many of the higher-ups at DuPont knew just how harmful their beloved C8 really was.  Recently recovered documents show that signs of C8’s toxicity first became evident during the 1950’s and in 1961, DuPont began carrying out their own research regarding the product’s potential to cause harm. The company’s own Toxicology Section Chief concluded that C8 should be “handled with extreme care.”

In 1981, DuPont removed all female employees from the teflon division — after 2-out-of-7 pregnant employees gave birth to children with birth defects.

In 1984, the company found that C8 was making its way into the public water supply — yet, they did nothing to stop it. Apparently reducing their emission of C8 was “not economically attractive,” and who cares about the little people?

DuPont’s deception continued on for decades, even though the company had been aware of what their production processing chemicals could do for decades. Now, over half a century later, the people harmed by DuPont are finally able to seek justice. But the dangers of teflon don’t end with it’s production; evidence has shown that even cooking with teflon can be a health hazard. Cast iron, the choice of yore, may be your best bet. [Related: Read more stories about health hazards from toxic chemicals at Toxins.news]